How Indian Artists Are Addressing Issues Of Environment Through Artwork

With environmental hazards engulfing us like never before, Indian artists Gigi Scaria, Vibha Galhotra and Chandra Bhattacharjee are spreading important messages through their creative expertise. Here's a compilation of their artwork 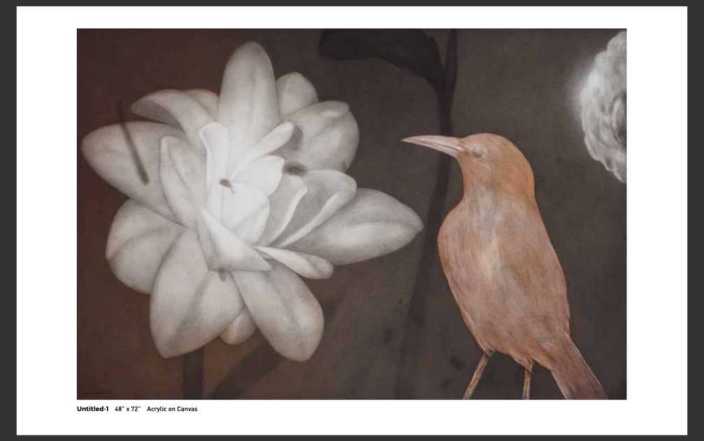 When pollution levels in Delhi reached alarming levels a few years back, artist Vibha Galhotra couldn’t help but wonder about the scarcity of clean and breathable air, a resource that humankind had taken for granted for as long as one can remember.

It was the thought that perhaps no longer seems ridiculous, of people having to buy clean air that inspired Galhotra’s performance piece “Breath by Breath '' in 2016-17.

The performance was staged at multiple sites across Delhi, particularly those where equipment to monitor the air quality were installed. She stood at these spots — landfill sites, road intersections with heavy traffic, industrial areas — wearing a respirator mask and holding what seemed like a net to catch a volume of air.

As air purifiers that promise to provide clean air in one of the most polluted cities began saturating the market, Galhotra felt, “the need of her artistic intervention to creatively translate the scientific data and visually communicate this pathetic state of air quality.”

Galhotra is among several artists in the country who have been addressing issues of the environment, including pollution, global warming and climate change through their works.

“Art is something which reflects on time and makes issues of the time more accessible and understandable to the masses through visuals . It’s in that research and observation which layers the depth of the issues in visual , musical or performative expression and serves as a documentation of time without any biases.

"As you see, it is an effort of researchers, environmentalists, activists and artists from the past few years who raised the issue of changing environments and now most of us are aware of the issue and trying our best to make our living more sustainable,” she says.

At the core of Gigi Scaria’s work is the urbanization in Delhi and the adverse impacts it has had on the environment.

A lot of his works depict oddly shaped buildings juxtaposed with different parts of trees, capturing man versus nature conflict, and bringing to the fore the cost at which the much sought after development is being achieved. 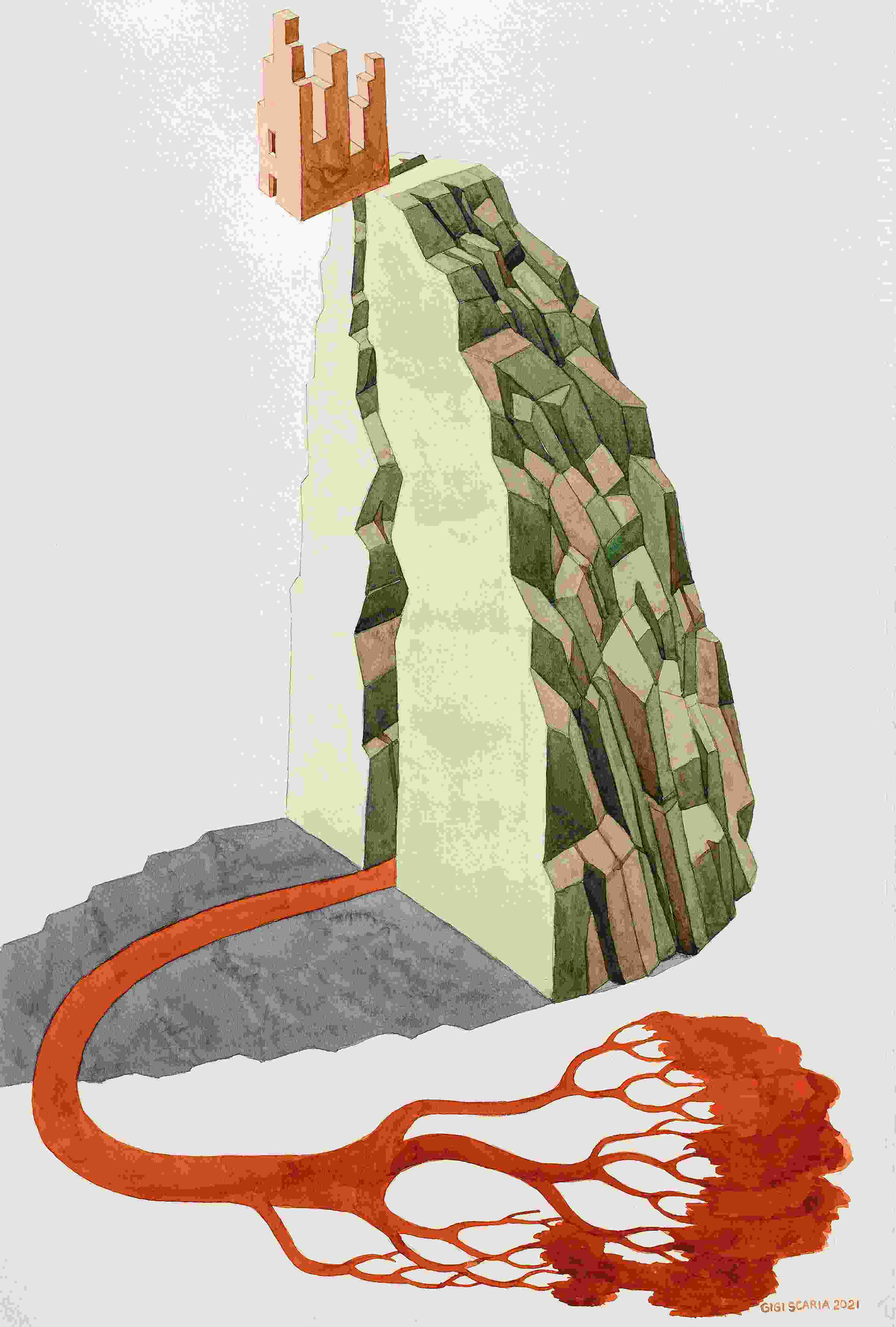 “Every kind of development is harming the environment… The only motive (now) is that things like per capita and GDP can grow, but a sustainable model is not here yet. That is the concern," Scaria says.

The juxtaposition, he explains, is not just aimed at bringing out the physical but also the mental contrast in this man versus nature conflict.

“It is not just the physical contrast but also the mental one. Somehow, we are disconnected from nature. The accommodative factor is missing in us. What we don’t understand is that nature is accommodating us, that is why we are being able to provide for ourselves.

“We think that we are creating and cultivating a protective environment for ourselves, and within that protection we live , but we are polluting our own air, our own rivers. That is the contradiction that I kind of try to address in my works,” he says.

Scaria, about a decade back, had collaborated with environmentalist-photographer Ravi Agarwal and German artist Till Krause for a public art outreach project to highlight the state of the Yamuna and Elbe rivers in Delhi and Germany respectively.

As part of the project, he had created a 24 feet fountain installed with a filtration tank that was set up on the Yamuna river front to draw public attention to the sorry state of the river.

The fountain sucked water from the river, passed through the filtration system of the installation and released it back into the water body.

“The idea was to attract people towards the fountain so that they could actually gather and see the present state of the river and the condition of the water. I was also imagining that a purification process would take place as the water would pass through different levels of the fountain structure,” the artist says.

For the longest time artist Chandra Bhattacharjee's artistic practice dealt with figurative works, until half a decade back when the degrading state of the environment caused him to take a fresh approach, and refocus his artistic lens towards landscapes and the natural elements that they constitute. 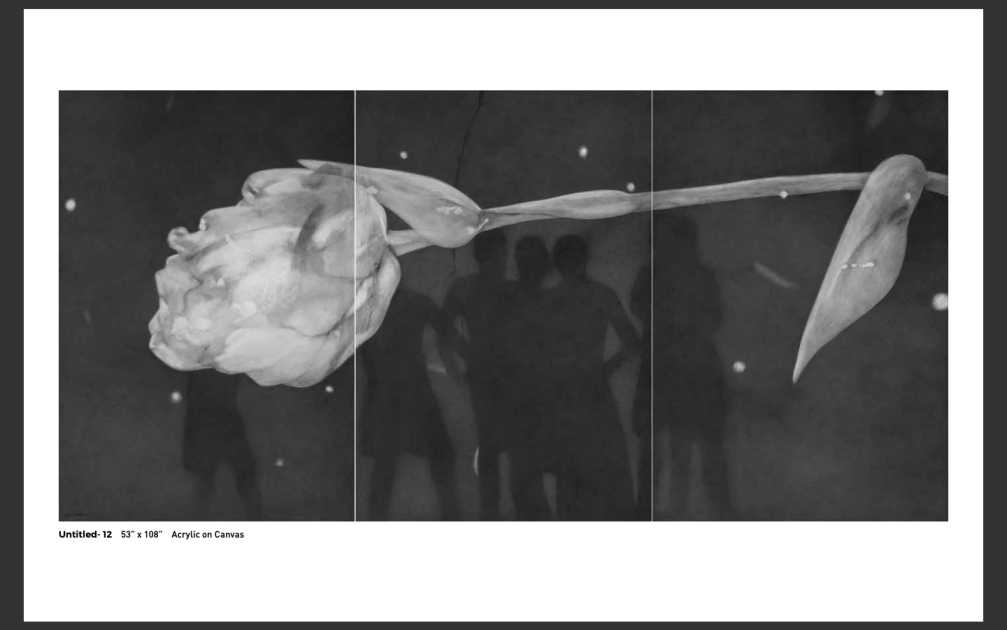 “A few years back I realized that when I was revisiting the places that I went to years ago had completely transformed…odd looking buildings had come up, mud roads were replaced with metal roads, trees were cut down…that made me sad.

“The figures in my art that I have been practicing for over two decades slowly got replaced by elements of nature like trees and flowers, because I believe that flowers, and trees, and leaves… they too are feeling the suffocation, and suffering because of the pollution,” the artist said.