For Mamata Banerjee, the Gorkhaland struggle had become more than an internal state problem to be solved. 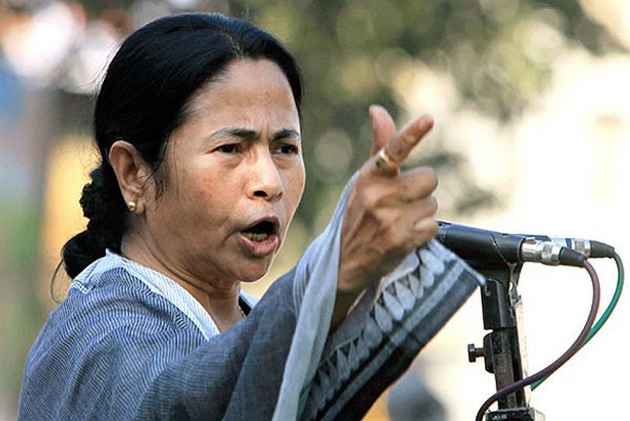 In the hills of Darjeeling, the Himalayan northern stretches of the state of West Bengal, the decades-old agitation for a separate state by the Gorkhas – Nepali-speaking indigenous people of the region – has now reached a unique point.  The movement for “Gorkhaland” – as the Gorkhas call their identity-based idyllic state – is suddenly in the grips of an internal crisis that has not only spilt the Gorkha Jana Mukhti Morcha (GJM) – the party leading the demand – but threatens to severely weaken the force of the movement.

And this rift was not caused by any power tussle within the party or growing differences in methodology or even ideology, often enough attributed as reasons for failed struggles, but was the handiwork of a shrewd politician for whom the secessionist movement had become a very big headache.

For West Bengal chief minister Mamata Banerjee, the Gorkhaland struggle had become more than an internal state problem to be solved. The agitation which resulted in a three-month long, still ongoing, general strike in Darjeeling, had turned violent with bombs going off near administrative buildings, government property being vandalized,  police vehicles being burned, stones and bricks being pelted at paramilitary and police.  There were fears that not just militant outfits from within the country were infiltrating the movement but political pundits predicted that Darjeeling could become an entry point for international terror groups being so close to several international borders including the porous India-Nepal one.

Indeed the Gorkhaland agitation also had a direct political bearing on Mamata Banerjee and her ruling Trinamool party. It was one of the key issues with which the Bharatiya Janata Party has been trying to get a foothold in the state. When the BJP had no presence in the state of West Bengal to talk about, it still represented the Darjeeling constituency in Parliament. Darjeeling of course kept voting for BJP because the party did not unequivocally distance itself from the demand for Gorkhaland unlike subsequent ruling political parties of West Bengal.

Now that the BJP has become the Trinamool’s key political rival in the state, after the decline of the Left and Congress, Mamata is even more eager to tackle the Darjeeling and Gorkha issues because she would be loath to let the BJP walk off with any credit, if at all, of having solved a chronic problem that has crippled life in northern West Bengal.

Not that any such solution was in the offing, even for BJP who, after years of equivocality could no longer remain ambiguous. The GJM has become to ask that since the party has been in power at the Center since 2014, why was the BJP not acting on Gorkhaland.

In the meantime, Mamata Banerjee came up with a plan. She invited all the hill parties demanding  a separate Gorkhaland to a discussion in Calcutta.  Her master plan entailed dropping the original demand for calling off the strike in the hills as a pre-condition for dialogues. She also instilled a sense of “empathy” in the agitators by softening her stance in other ways including stating publicly that this was a democratic country and the hills agitators had a right to their opinion even though she disagreed with that opinion.  She had become a friend to the hill agitators.

But the final masterstroke was this. By befriending one faction of the agitators, including top leaders of the main party, GJM she drove a wedge between them and the hardliners, like GJM party chief Bimal Gurung.

Gurung has been absconding since arrest warrants had been issued in his name under UAPA. It was almost certain he would not come to the Calcutta meeting held late last month. Mamata welcomed the others, including Binay Tamang, number two in the party to the dialogue attended by other agitators and her own administration.

Tamanag returned to Darjeeling and announced that the strike would be called off until the next meeting.

Gurung opposed it from his hideout allegedly in the forests of neighboring Sikkim.

Tamang was threatened by Gurung’s supports who did not allow him to venture out of his house.  To the point that police escorts had to be provided to Tamang.

The hills agitation was now dived between the pro-Gurung and pro-Tamang supporters. The general public, exasperated with months of strikes, has been increasingly lending their support to Tamang. They want the shops, shut since the last three months, to open. They want the transport ban, operational on the demand of the agitators, to be lifted.

They want life to return to normal and peace in the hills.

The demand for Gorkhaland remains of course.

But Mamata is not expecting that to go away in a hurry.

All she wants is peace in the hills.

And now that’s exactly what one of the main factions of the agitators also wants.

What more could she ask for?,