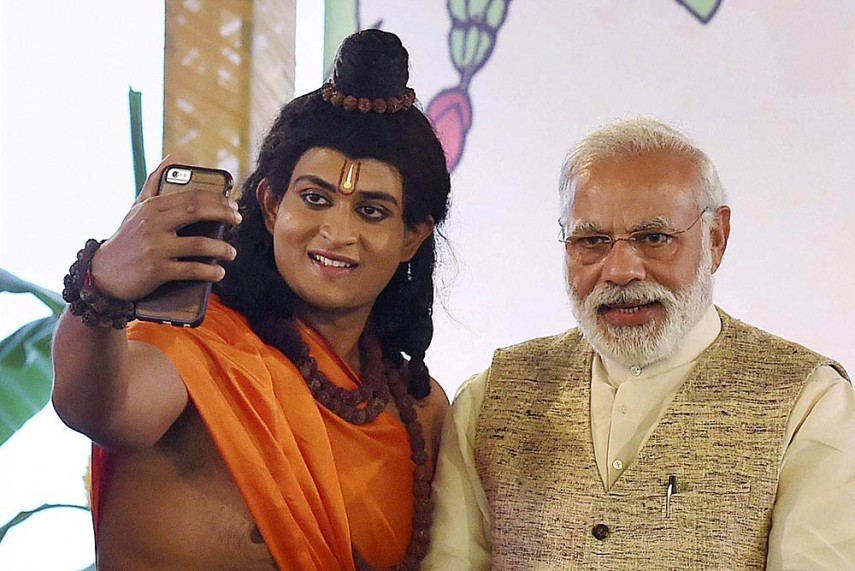 A lot has happened since BJPs unexpected rise to power in UttarPradesh. But in between reports of unabashed saffronisation in the state, closure of slaughter houses, anti-Romeo squads (read moral policing) and accusations of EVM tampering, lies an issue that needs to be addressed --- an issue that is an inherent part of the basic fabric of democracy and individual freedom.

The third phase of UP elections saw Prime Minister Modi giving a communal twist to his election strategy when he declared at a public rally, ‘if there is a Kabristaan (graveyard) for Muslims, then there should be a Shamshaan (cremation ground) for Hindus as well’. History seemed to have been repeating itself. BJP leaders in Bihar had resorted to a similar tactic during the second phase of the Bihar Assembly elections when they talked about ‘sending Muslims to Pakistan’ –this resulted in BJP’s failure.

After the debacle in Bihar, all of us believed that giving communal hues to their poll strategy will not work for the BJP. Alas we were wrong, BJP’s mothership, RSS has an expertise in raking up old wounds as per their convenience. The modus operandi of the ‘cultural organisation’ is simple: rake up old issues and keep parroting them until you achieve your goal. BJP’s win in UP, despite its failure in Bihar, is a burning example of the success of this kind of strategy.

Modi’s ‘kabristaan-shamshan’ statement ended up bringing Dalits into BJP’s fold. A majority of Hindus cremate their dead either on their own land or on the banks of a river. The caste system prevalent in India, has made cremation a huge problem for the lower-caste OBCs and Dalits, who usually do not have their own land holdings. Modi found an opportunity here, and gave it such a twist that made people believe that the ‘sickular’ governments had provided burial grounds for Muslims but had ignored Hindus (especially the landless Hindus and Dalits). In reality, no government has ever ‘built' a burial ground for Muslims. However, they might have built a wall around it to keep away squatters. But in the post-truth era, people believed what Modi said —Akhilesh is pro-Muslim and Mayawati is no good either. And facts? They didn't matter.

One may speculate, that it was an irresponsible statement from a Prime Minister. A man in public life must act appropriately, such risks can murder his public image. The Prime Minister’s statement might be factually incorrect, but it fits the RSS narrative, which has helped garner support from a majority of Hindus over the past century. Hindu supporters of BJP have been made to believe that successive governments have been biased towards Muslims.

Sample the following statements. "There’s no water supply on Holi, while during Ramzan, there is no dearth of water". Similarly, "there is no electricity supply on Diwali, whereas on Eid, chances of a power cut are one in a million."

BJP’s baseless rhetoric’s can be traced back to three decades. In the early 80s, BJP leaders in Bihar had parroted these statements over and over again to brainwash villagers, who had neither electricity connection nor had access to tap water. As a child growing up in one such village in Bihar, to me and my fellow villagers, they were distant tales of horror from towns like Darbhanga. Nothing whatsoever has changed since the early 80s, as far as accessibility of electricity and water is concerned.

But people believed, even though everyone knew that the consumption of water on Holi is much more than what is required on Ramzan. This was probably the beginning of the post-truth campaign of the BJP. In politics of hatred it is easy to influence perception, using religious sentiments as a tool. Unfortunately, in India, people are guided by these overwhelming religious sentiments.

Time and again Hindus are reminded of the ‘historical injustices' meted out to them by the rulers. It began with the Muslim rulers, over 500 years ago, followed by the British and then continued by the secular governments since India’s Independence. For instance, during the Bihar Assembly elections, Prime Minister Modi said that reservation for backward classes are provided to people belonging to a ‘special religion’. It was taken for granted that the special religion, he was talking about here was Muslims. A subtle hint is enough to mobilise Hindus against Muslims according to the RSS. However, it failed in case of Bihar, because of Lalu Prasad Yadav. Only he has the potential among opposition leaders to oppose BJP and RSS on their own. And he took them on reservation issue.

The ‘Jumlanomics’ of ‘sabka saath sabka vikas’ and ‘sushasan’ made us believe that BJP will never rake the issues of Ram Janmabhoomi, uniform civil code or Article 370. But the RSS has never hesitated to take up these issues again and again. So during elections, these issues are always omnipresent in the BJP’s agenda.

‘Love Jihad’ is one such lie that the RSS has perpetuated among Hindus. In the villages of North India, its a mixed populace of Hindus and Muslims and any inter-religious marriage or romantic relationship (between a Hindu girl and Muslim boy) is looked down upon as ‘love jihad’. The thought has been ingrained so deeply in the minds of Hindus that the ruling Samajwadi Party could not oppose it either. This, despite the fact that socialist scion Ram Manohar Lohia had once preached that inter-faith marriages were the best way to promote communal harmony and abolish casteism.

Right before the UP elections, when Prime Minister Modi started creating a brouhaha over triple talaq and four marriages, none of the prominent parties opposed it. Even the Left parties, which have a very clear perspective on these issues decided to keep mum. The Hindu populace, once again was made to believe that BJP is the lone party that capable of implementing some population control measures. But the fact is that the BJP was successful in tagging all other parties as ‘biased’ towards Muslims.  Similarly, the rumours about Muslims storing weapons and bombs in mosques, have been featuring regularly in the propaganda against Muslims. I have heard these stories since childhood, but true to the nature of these rumours, I never quite knew where they originated from. But Hindus love to believe it.

We live in extraordinary times. Our society has taken to a saffron hue. There’s unfortunately, very little space for individual freedom. What’s even more saddening is the fact that this space is shrinking rapidly, and in future, there maybe no space at all.

(Writer is Delhi based journalist. Views are personal)