How Real Are The New Fears?

Weapons of mass destruction are back in the news, raising fresh fears of proliferation and use 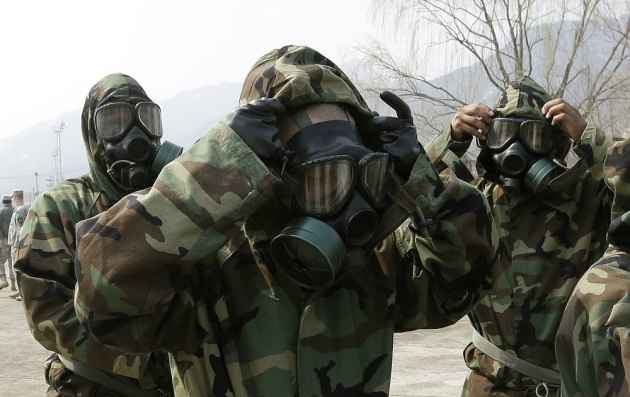 Weapons of mass destruction are back in the news, raising fresh fears of proliferation and use. On April 2 North Korea announced its nuclear reactor would restart. Two weeks earlier the Syrian government and rebel forces accused each other of discharging a deadly chemical near the city of Aleppo, although what exactly happened remains murky. The threat from nuclear, chemical and biological weapons hangs over the planet.

Six conventions, two treaties, one protocol, one regime, one arrangement, one code, one initiative and ten regional or zone treaties have been instituted since 1925 to control these instruments of mass murder. Most of the accords require only passive agreement and are trumped by influence-peddling, profit-seeking and ideology-spreading considerations. As a result the danger of nuclear, chemical and biological agents passing to non-state actors is on the rise, too.

Countries have spurred proliferation of every WMD category since the 1950s. Figure 1 shows major patterns of WMD proliferation. Disseminating the weapons, relevant technologies and dual-use materials remains a surefire way for not only rogue states and terrorist organizations but even superpowers to sway other nations, make quick profits or destabilize foes. Not surprisingly, the United Nations Institute for Disarmament Research concluded: “The non-proliferation treaties lack effective mechanisms to enforce compliance. The less formal export control regimes suffer from the same lack and have limited membership.” Syria, for example, began receiving material and technological assistance from Egypt in the early 1970s and from Iraq in the 1980s to establish its facilities and arm SCUD missiles with chemical warheads. Pakistan served as another source of dual-use technologies and raw materials for the Assad regime. Iran too added to Damascus’ stockpiles.

Nuclear WMD began as an offensive tool dropped on Hiroshima and Nagasaki in 1945. The horrific results meant that no rational, civilized state could use them again. Those weapons shifted toward defensive deterrent and emblems of power. So, other nations followed the path laid out by the US. The Soviet Union proliferated technology and hardware widely. China supplied Pakistan with highly enriched uranium for a bomb in 1982. Presently nine countries possess nuclear warheads: Britain, China, France, India, Israel, North Korea, Pakistan, Russia and the US.

The number of nations tempted by nuclear WMD is growing. Iran’s nuclear program, having drawn upon Chinese, North Korean and Pakistani expertise, has fissile material for at least five warheads. China has benefited by receiving several billion dollars in revenue, securing access to crude oil, and strengthening its foreign footprint. Iran could even buy a nuclear weapon off the shelf from China or North Korea – the next stage in proliferation. So a broader nuclear acquisitions cascade is building as Sunni Arab nations like Saudi Arabia seek to neutralize both their Shiite neighbor’s might and Israel’s WMD program. Biological WMD are popularly considered the most taboo of offensive capabilities. Nonetheless the Imperial Japanese Army from 1939 to 1940 and the Rhodesian Army in the 1970s deployed typhoid, bubonic plague, anthrax, botulism and cholera against Chinese and Africans, respectively. Several nations did relinquish biological WMD capability after acceding to international accords: the US in 1972, Britain, France, Germany and Canada by the late 1980s, the former Soviet Union/Russia in 1992. China signed the BTWC in 1984; however, the US suspectsBeijing maintains capability plus provides assistance to Pyongyang and Tehran.

In the Middle East, Egypt weaponized anthrax, botulism and plague in the 1970s with Soviet aid. Israel followed suit with poorly-documented offensive and defensive capabilities. Iran commenced its biological WMD program at Damghan, after experiencing Iraqi chemical WMD, with technical assistance from Russian scientists. Iraq appears to have possessed biological weapons capability under Saddam Hussein, but there is no evidence of the program’s continuation. Likewise Syria is suspected of exploring biological weapons development. Again Russia, China and North Korea appear to be abettors. WMD proliferation usually focuses on technology and materials like precursor chemicals, biological agents, toxins and uranium. Yet delivery devices, projectile weapons, launch platforms and guidance systems are essential components. The Israelis sell those technically non-WMD items to the Chinese who resell to the North Koreans who then resell to Iran, Egypt, Syria, Libya, Yemen, the UAE and Pakistan. As countries like North Korea and Iran collaborate on missile development, the WMD one develops could fit the other’s delivery systems.

Many deals are conducted covertly with countries like Malaysia and Dubai serving as third-party transfer venues. Equally unsettling for global security, WMD trades for profit and ideology have taken place though private outlets such as Pakistan’s former atomic chief A. Q. Khan. Materials siphoned from Russia and the Ukraine also continue fueling the nuclear black market.

Indeed the danger of nuclear, chemical and biological agents passing to non-state actors is on the rise. Since 2001 Al Qaeda and its affiliates have sought WMD capability. During Syria’s civil war some sarin, mustard gas and cyanide from government depots reportedly have fallen into illicit hands. The possibility of Islamists wresting materials from Pakistan’s WMD facilities increases as that nation’s political instability grows. Iran for its part appears to have transferred some technologies to regional militant organizations such as Hamas and Hezbollah.

Sensing the growing dangers from both state and non-state agents, nations are adding themselves to the lists of signatories to nuclear, chemical and biological accords. However, many countries have signed only some accords, as shown in the map. Egypt, for instance, which once explored nuclear power and may recommence its quest as Iran did after its revolution, has not ratified the Comprehensive Test Ban Treaty, the Convention on the Physical Protection of Nuclear Material or the Nuclear Terrorism Convention.

Only when proliferators see it in their own best interests of preservation and growth to stanch the flow of those weapons and technologies between countries, to exclude non-state entities as recipients and to dismantle weapon programs and stockpiles will the world become safer. Until then, generating consensus for strict implementation of existing accords and taking firm action such as economic and diplomatic sanctions against violators remains necessary. Such action can sway states away from WMD – as it did with Muammar Gaddafi’s Libya.

Increasingly the US has been at the forefront of non-proliferation efforts through multilateral negotiations with Iran and North Korea and with the Proliferation Security Initiative. Yet those attempts are seen by others as attempts to impose agendas rather than safeguard the world. Therefore the United Nations, in addition to individual nations, must function much more vigorously as the center of initiatives to curb WMD proliferation. Global consensus through the UN would demonstrate shared resolve. Then accords, implementations and dissuasive actions can have maximum impact.

Carol E. B. Choksy is adjunct lecturer in Strategic Intelligence and Information Management at Indiana University. She also is CEO of IRAD Strategic Consulting, Inc. Jamsheed K. Choksy is professor of Central Eurasian, Iranian, Indian and International studies at Indiana University. He also is a member of the National Council on the Humanities at the US National Endowment for the Humanities. Rights:Copyright © 2013 Yale Center for the Study of Globalization. YaleGlobal Online