How Short Films Are Making A Boom During Covid-19 Pandemic

Short film boom during Covid-19 pandemic: With the appetite for consumption increasing and attention span changing, audiences are becoming more receptive to the micro-content of short films. 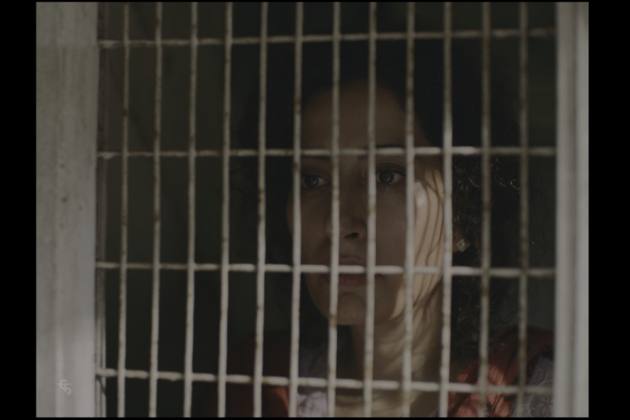 Short films have recorded a boom during the Covid-19 pandemic, and afterwards. With limited resources, the filmmakers have been coming up with short films which revolve around social issues. With the appetite for consumption increasing and attention span changing, audiences have become more receptive to the micro-content of short films. The digital content getting high viewership has led to the popularity of shorts which generally send across a strong message in a matter of just 15 to 20 minutes. The factors leading to the popularity of the trend are the emerging digital platforms, the new breed of audiences who understands good content and appreciates the craft and most importantly the pandemic has given time to the filmmakers and actors to churn out shorts within the four walls of the room with minimum resources.

Actor and now director Shefali Shah mentions that she made use of the time that she got during the pandemic to direct two short films ‘Happy Birthday Mummy Ji’ and ‘Someday’. Both films are based during this time of the pandemic and they talk about isolation. She says, “The thought that recurred to me during the lockdown was if the disease doesn’t kill you, the distance will surely kill you. And that is where my idea came from.”

Director Adeeb Rais who recently made six short films for the anthology ‘Kaali Peeli Tales’ says that the reason he enjoys working on a shorter format is that as a filmmaker he gets to explore a story within a certain amount of time. He adds, “When I started this project a few years ago, anthologies with short films were not trending the way it is now. I am an independent filmmaker and I didn’t have the resources to make a feature film. So, it was really one step at a time. We first did one film, then another one and then things fell into place.”
Actress Sony Razdhan who was seen in the short film ‘Kaali Peeli’ feels the approach of acting doesn’t change whether it is a short film or a feature film. “The only thing that changes are that I need to learn fewer lines which I am so happy about. But otherwise, both the mediums are great,” adds Razdan.

Short films are not a new thing though. We did have filmmakers like Satyajit Ray, Martin Scorsese who made short films which were iconic. But the pandemic has definitely increased the appetite of the audience for short films. Filmmaker Mansi Jain says, “The fact that short films went mainstream does speak that people have an appetite for shorter, faster and crisper content and with the rise of digital entertainment, it worked together beautifully to create this parallel industry.”

Bollywood Veterans Get New Lease Of Life With OTT Comeback

Bollywood Backstage: How Stars Are Made

Jain explains that for people like her, while she is doing a feature film or a series, she does have some content out of which she always wants to make something crisp and fun that doesn’t require tons of money or time for production. Short films by nature have a twist at the end which is again very satisfying for the audiences. People can watch short films in between their meetings and they really don’t need to take out ninety minutes of their time to go to the theater. And the best thing about it is that it is available online for free. Large Short Films released Jain's ‘Everything Is Fine’ on YouTube, which is an ode to motherhood and the silent struggles that come with it.

The reason why many filmmakers are taking interest in making short films is mainly because of the micro storytelling format and secondly, the production costs of short films are less. The pandemic has given us a lot of limitations and short films allow you to work within those limitations. Most of them are opting for a digital platform for the release of the films.

Reaching out to the audience which was the initial problem of short films, but now it is gaining popularity with many artists and the Indian audience taking interest in promoting short films.
Short film demands are also increasing with the emerging streaming platforms and an increasing online audience. “Highway Nights’ directed by Shubham Singh, was awarded the grand jury prize at Best of India Short Film Festival 2021. The film is produced by Akhilesh Choudhary along with Shubham Singh, had a theatrical release in Hollywood-Los Angeles. It will also be in running for the 2023 Oscars. Like all short films ‘Highway Nights’ too has a very strong message that talks about the abuse of women. Director-actor Prakash Jha who plays the role of a lorry driver in the short film says, “Highway Nights’ has a very strong message, and is a heart-warming story that talks about the abuse of women. The film is about an ageing, overworked lorry driver who gives a lift to a young, chatty sex worker (played by Mazel Vyas) one night and how they develop a bond over a small journey of a few hours.”

Lockdown was a brilliant time for making short films. All short films have a social concept and all the short films made during this time revolve around the concept of social issues during the pandemic. A lot of people went out and used their cell phones to shoot in their own living rooms. Shah explains “In both the short films that I made; we were forced to question our relationships during the pandemic. Whether you are a homemaker, a mother or a wife, you are recognized by the relationships you have and everyone starts taking you for granted and more so, you start taking yourself for granted. The pandemic is an unprecedented situation and we never expected it to happen the way it has happened. It has changed all of us. The pandemic made us realize how unpredictable life is and what we have is ‘today’ and ‘now’. So, that’s where the idea of my short films came from.”

The rise of domestic violence during the pandemic led Nandita Das to make the short film, ‘Listen to Her’. Das had used her mobile phone and living room for shooting. Her son was a part of the film too and it was her cook who helped her with the making of the film. Divya Dutta and Annup Sonni’s ‘The Relationship Manager’ was another that was based on the concept of domestic violence during the lockdown. In an interview with Outlook on his short film, Annup Sonii mentioned how one must take the step of walking off from an abusive relationship. Sonni mentions, “It was important to talk about domestic violence which had increased tremendously during the lockdown. And short films being a powerful medium, it was easy to reach the people.”

Actor couple Rasika Dugal and Mukul Chadda’s short film ‘Banana Bread’ which was shot during the lockdown revolved around how two lonely people came together during the lockdown. Dugal says, “When we were writing the script, we constantly kept talking about people who essentially live alone. We wanted to explore how they were coping with the situation. The trigger of the story was to explore characters, rather than trying to convey or highlight an issue. We were trying to understand what people living alone in big cities were feeling about social distancing and lockdown.”

Narrating his journey into short films, filmmaker Sanjeev Vig who made short films like ‘Rogan Josh’ and ‘Call Him Eddy’ says, “My journey with short films was very simple, I was working as an assistant director and then one fine day my director told me to just go out and make a film. When I quit my job as an assistant director, I took the plunge into making short films. I wrote and directed Rogan Josh and Naseeruddin Shah played the main role. From then on my perception of a short film changed completely.”

The film ‘Rogan Josh’ starts with the making of the titular Kashmiri dish to celebrate the 65th birthday of the Chef played by Naseeruddin Shah. It starts with dinner table conversation and it’s only towards the last few minutes that the audience realises the twist which revolves around the tragic 26/11 Mumbai attack. November 26 is etched in the memory of many Mumbaikars who began their day like any other day. Hundreds of people were killed with the horrific terrorist attack in Mumbai. The movie touches upon this topic in a very subtle way.
When Vig made another short film ‘Call Him Eddy’, he realised that content is king, but distribution is God. ‘Call him Eddy’ was on a professional cuddler which was a very unique out of the box concept and not many Indian audiences were aware of it. He feels one needs to make a short film within twenty minutes and not extend it to even 25 minutes because once you cross the time; you lose the patience of the audience. He says, “In the last two years short films with gripping content are increasing and the pandemic has given a boost of 20 percent viewership. And now Netflix is also making short films.”

The best thing about the short film is it is quick and sharp. In a feature film, the director first builds up the plot and then starts telling the story. In a short film, there is no scope of beating around the bush. Chopra adds, “Chutney has 131 million views and it’s growing. The word of mouth of a short film is huge and one person just needs to forward the link to another friend or family member. It’s short, engaging and people love the snackable quality of it.”

The platform Royal Stag Barrel Select Large Short Films have seen a huge propeller of short films. Actor, director and writer Tisca Chopra says, “I ended up being a part of three short films with the platform. The first being ‘Chutney’ which is one of the most watched short films in the world, then ‘Chhuri’ and now ‘Rubaru’ where I am both acting and directing. It talks about an actress’s inner life and how she tries to fight the system. I am happy that finally, a micro-content is finding its place in the sun. People these days have limited time and they want to use their time well and a short film of 10, 15, 20 minutes works really well.”