How Society Should Deal With Death

Allow the convict on the death row to record his views on his own crime and punishment. Make it public a year after execution. And make prosecutors, defence and judges view it together. 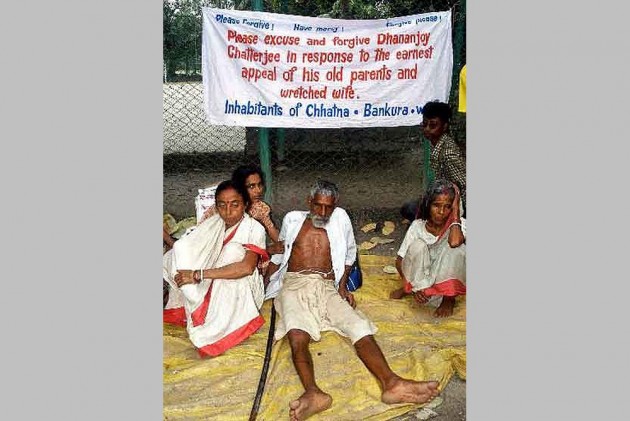 Dhananjay Chatterjee was hanged in 2004. He was the 'caretaker' at an apartment block and was accused of raping and killing a teenager in one of the flats when she was alone. The two clinching evidences against him were that he was not found after the murder was discovered; and that he was arrested after several weeks from his village home when the police recovered the victim's necklace from the roof of his house.

He had poor legal representation and when his final mercy petition was rejected by late President APJ Abdul Kalam, there was a clamour to hang him. A mass hysteria was worked up even in the absence of Twitter and Facebook. Media went into a tizzy and the Left Front Government in the state declared that it would carry out the sentence and hang the convict. The hangman, Nata Mullick, became a minor celebrity and gave scores of interviews both before and after the execution. Shrewdly he demanded to be paid for the favour and people obliged.

He told the media that the convict walked up to the gallows steadily and declared that he was innocent before allowing him to put on the hood. He stood still and waited for the hangman to pull the lever that snuffed out his life. (Here is what I wrote then in the Telegraph, Calcutta against death penalty).

I also found it implausible that he would escape with a gold chain and hide it in the thatched roof of his village home. How were we certain, I asked myself and others, that the chain was not planted on him by the police? How were we so sure that the boy or the 'uncle' in the neighbouring flat was not the culprit? Was it improbable that the caretaker would have left on an errand and when told that the girl had been found murdered and the suspicion pointed to him, panicked and fled?

Perhaps he was guilty. Perhaps he was not. But I have always felt that we as a society let him down. His hanging of course did not stop rape and murder of women in Calcutta or West Bengal or, for that matter, anywhere else. But with the NDA Government at the Centre and the Left Front Government in the state both strongly in favour of 'death', it was inevitable that he would be killed.

Neither judiciary nor the Government should have the power to deal death, I feel. Both are fallible and may have their own reasons to sentence a man to death. That finality should rest with society. We should either revive the jury system to allow ordinary citizens to take the call. Or we should devise a more progressive system of involving the civil society to give one last hearing before endorsing the penalty.

If we cannot allow even this, I would suggest that the dying man should be allowed to record, for as long as he wants, his own views on his crime and punishment. The recording then should be viewed by prosecutors, the defence and the judges before being released to the public a year after the execution.