How To Clean India

Modi is quite right to get people to accept their culpability, but wrong to then focus on cleaning up the public space. The thrust should be on individual littering and making sure that does not happen, which is a cultural aspect. 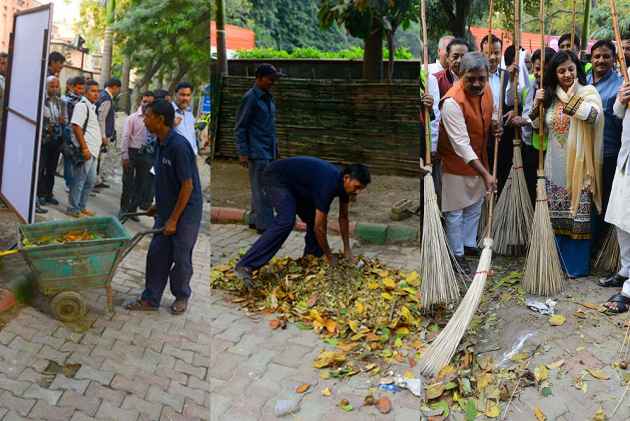 In Thailand, just like in our country, many cars have a little statue of a god on the dashboard for good luck. Unlike the ones in India, the idol in Thai cars most often faces not those inside the car but is turned around to face the road.

The attitude we have is—“make sure I am safe”. The attitude of the Thais is - “watch over the road so that nobody gets hurt.”

The Thais are a clean nation. Even when their nation was relatively poor, and in fact as poor as India, the public space was clean. Their public toilets today are almost inevitably spotless and as good and often better than those in European nations. Between Bangkok's streets and those of Mumbai and Delhi, and also Dhaka and Lahore and Karachi, there is no contest. We are a developing nation (where what is being 'developed' is not just the economy but also the civilization and culture, which is still primitive). Thailand is developed, and one thing I attribute this to is the Hinayana school, also called Theravada, of Buddhism that they follow. There is a certain sameness to those nations—Sri Lanka, Vietnam, Thailand, Cambodia, Burma and so on—that follow Theravada. However, that is going off on a different track.

The point I was leading up to is that one of the best initiatives of prime minister Narendra Modi is the Swachh Bharat Mission (Clean India Mission).

This week there has been a controversy over a statement made by one of Mulayam Singh’s daughters-in-law. She compared Modi’s attitude to cleaning up India to that of Gandhi's.

I agree with her and think that the prime minister is doing a Gandhian thing. In fact Gandhi would have approved of Modi's initiative.
It is true that this idea is not new in Modi’s mind. When he wrote a biography of the RSS’s most influential leader, MS Golwalkar, Modi added this anecdote:

“Once Guruji (Golwalkar) was on a tour to Andhra Pradesh. His train was to arrive at about 4:30 AM. There was a halt there of about 45 minutes and swayamsevaks planned for Guruji to use the train latrine in that period. They would carry some tea in a thermos to prepare him for the 100 mile trip onward, and thus reach the scheduled meeting on time.

At night, Guruji asked for the following day's programme from a senior Swayamsevak, Bapurao Moghe. He noticed the arrangements and said "In train toilets have you ever seen a small notice?" Bapurao said he had. Guruji said: "It reads 'Don't use the latrine when the train has halted at a station. I always follow this rule."

Modi added: “Just imagine how many millions travel and read this notice. How many actually follow it?”

Launching the Swachh Bharat Mission, Modi made a pledge which he encouraged others to take:

“I take this pledge that I will remain committed towards cleanliness and devote time for this. I will devote 100 hours per year that is two hours per week to voluntary work for cleanliness. I will neither litter nor let others litter. I will initiate the quest for cleanliness with myself, my family, my locality, my village and my work place.

I believe that the countries of the world that appear clean are so because their citizens don’t indulge in littering nor do they allow it to happen.

With this firms belief, I will propagate the message of Swachh Bharat Mission in villages and towns.

I will encourage 100 other persons to take this pledge which I am taking today.

I will endeavour to make them devote their 100 hours for cleanliness.

I am confident that every step I take towards cleanliness will help in making my country clean.”

The main activity here is to recruit other people to take the pledge (Modi has nominated several celebrities) and then spend time cleaning some public space.

I have a small issue with the approach Modi has taken. He is quite right to get people to accept their culpability, but wrong to then focus on cleaning up the public space. The thrust should be on individual littering and making sure that does not happen, which is a cultural aspect.

The message of those photographed with brooms in a public space is—"It is other people who dirty India" and, following from this belief, “I must therefore help clean up the public space”.

We must reverse this. This time, the statue must rightly face us, and not the road. We should make sure we do not litter, whatever else the others do. If that happens, Modi’s fine initiative will succeed better.