How To Solve A Problem Called India?

It is not possible for any government to come out with breakthrough solutions to India's problems... 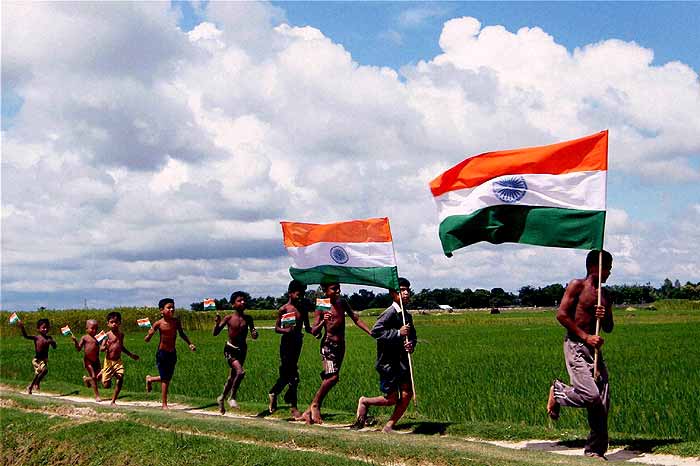 The prime minister has asked his top bureaucrats for breakthrough ideas that will help citizens get better service and help India progress. The officers are to think about this for a couple of weeks and then report to him.

I think that if by breakthrough ideas something entirely fresh is being thought of, that will be difficult to come by. Modern democracy is 250 years old (and its essential concepts go back to Athens of the fifth century before Christ). The modern civic government is probably 500 years old. So it is unlikely that something totally new is still waiting to be discovered.

However, it is true that there is the scope for innovations. The prime minister himself introduced one of these in Gujarat. He split the supply of electricity to rural homes and rural farms so that homes would continue to get power while farm pumps would get it only for a few hours of the day.

This simple innovation made a big difference in a part of the world where unusual problems like line losses (meaning theft) and consumer refusal to pay mean that electricity is always in short supply.

Writing about the subject of the PM's instructions in Business Standard, TN Ninan said that it would not be easy for the bureaucrats to come up with good fresh ideas for another reason. He said bureaucrats "are trained to follow rules and precedents; most of them are administrators, not problem-solving managers. That is why new ideas usually come from politicians, technocrats and civil society activists."

He listed the subsidised rice scheme, the mid-day meal and the right to information as among the innovations that came in from the outside. I think that the big things have all been done in terms of legislation. One could argue that a unified tax scheme or a more efficient land acquisition law would dramatically improve India's economic performance, but I disagree. These are small things and address efficiency rather than dramatic change.

There is only one major thing left to do in India. It is now down to implementation, what Modi calls governance. Here I should repeat what I have written about before. That it is not the domain of government to bring about a change in the individual's behaviour and morality. For example, let us take Swachh Bharat Abhiyan, which Modi has promoted by himself sweeping the streets. It is noble to get Indians to be more clean, but is it the job of government? I do not think so.

This is social reform, which has to be conducted from within society and by its institutions, like religious bodies, not by public officials and ministers. That is why I think the big change Modi seeks is actually not in his power to bring about. Ninan writes that one of the books Modi should read is Poor Economics by two MIT professors who have worked on India.

In one of their tests, the two academics (Esther Duflo and Abhijeet Banerjee) sent actors to government doctors with classic symptoms of five major diseases. The doctors did not diagnose the patients correctly an astonishing 97 % of the time because they weren't bothered. They did not spend more than 60 seconds with patients on average. If you are going to be diagnosed by government doctors correctly only three per cent of the time, you may as well stay home and not be treated.

A Harvard academic who also works on India, Lant Pritchett uses two more examples to show the problems of government in India.

First, that in a test group it was learnt that unless you paid a tout, you would likely fail your driver's test in Delhi. But if you paid, you didn't have to take the test at all and were given a license. Meaning that if you chose to follow the law, you would be penalised. And you would be free to drive even if you couldn't, if you paid up.

So organised was this bribery that none of the Road Transport Office's staff were paid directly. So efficient was it, that almost without exception potential drivers were compelled to submit.

Pritchett's other example was about research that found Rajasthan's nurses don't turn up for work. Half of them collected salaries for staying at home or doing something else. A well meaning NGO ried to change this through a system of attendance monitoring. It failed. Nurses continued to stay away from their work, but this time they were equipped, each time they were checked, with an official excuse for their absence.

None of this surprises those who are familiar with things in India. The state has collapsed or it is dysfunctional. And this is true whether you observe the police station or the finish of the footpath. The only question is: should we see this as a problem of government, where New Delhi will offer genius solutions? Or should we see it as a problem of society? I would say the latter, and that is why it is not possible for the government, however well meaning, and its bureaucrats, to change it.