Not only Juhi Chowdhury exert her political power in getting financial help for Chakraborty’s NGO, she apparently had plans of setting up a large number of similar NGOs and adoption agencies... 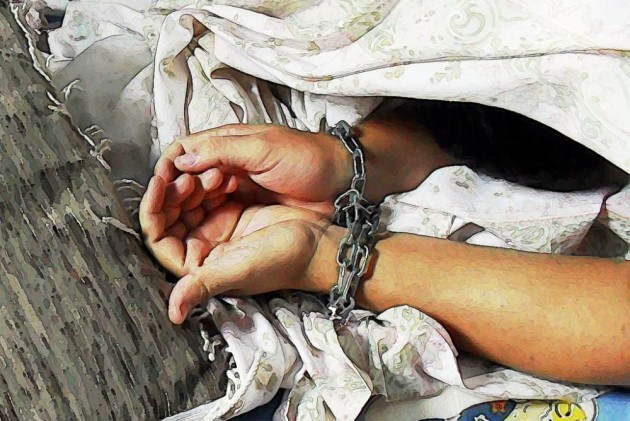 The long stretches of the porous Indo-Nepal border in Darjeeling Districts’ Siliguri has often been usedas an escape route by law evaders. So when Chandana Chakraborty, who ran an ' adoption agency' in the area, named a BJP leader during interrogation after her arrest last week in connection with a child trafficking racket, intelligence officers of the CID-- West Bengal Police's investigating department-- took up position along this border.

Juhi Chowdhury, the BJP leader named by Chakraborty, is an influential politician who not only had connections with the party’s top leaders but headed its district women's wing. After Chakraborty revealed her name, Chowdhury went missing.

The CID’s first hunch was to comb the border area because Chowdhury reportedly was familiar with the area. According to police sources, not only did she exert her political power in getting financial help for Chakraborty’s NGO, with which she had become associated as a 'social worker', she had apparently plans of setting up a large number of similar NGOs and adoption agencies.

"These of course would be fronts for the child trafficking that was going on in area," a police sourcesaid. "It was a convenient location so close to the Indo-Nepal border to carry the operations." According to the police source, the area was a hub of illegal activities.

"You would think that after the high-profile busting of the child trafficking racket near Calcutta, less than a year ago, they would be alerted. But being tucked away from the watchful eyes of the center of administration seemed to have emboldened them," the police source told Outlook.

Chowdhury's immense familiarity with the area came as a roadblock for the investigators. The only solution was to go incognito and lay traps around the possible hiding places.

When CID’s intelligence sources confirmed that she was indeed in Nepal, hiding in the house of a relative of her boyfriend, who is reportedly another BJP youth wing leader, the agency decided to trick her into reentering Indian territory. CID would not be able to arrest her from Nepal without taking permission from the Central government in Delhi.

A trap was laid and she was brought to the house of another relative of her boyfriend in the India side. So as not to alert the suspect, the sleuths – a man and a woman – went incognito, dressed in saffron, as hermits. She was arrested from the hideout.

Leaders of the state BJP, which finds itself in an uncomfortable position following her arrest, have been expressing different opinions since Chowdhury’s name came up. The state BJP President Dilip Ghosh's initial response was to call it a form of vindictive politics in retaliation for the BJP Central government's crackdown on leaders (including MPs Tapas Paul and Sudip Bandhyopadhyay) of the Trinamool Congress in connection with the ongoing chit fund investigation.

However, he has since claimed that this view did not indicate that he was giving her a clean chit. "The law will take its course and uncover the truth," he said. Other BJP leaders of the state, including former actress Roopa Ganguly too expressed her concerns about alleged political vendetta. Former state BJP President Rahul Sinha urged the state investigating agency to go for the truth impartially.

The state BJP has removed Juhi Chowdhury from the post of district head of the woman’s wing. She will be interrogated jointly with the other accused at the CID center in Darjeeling district.

The CID is expected to focus on the role of top leaders of the BJP in helping Juhi Chowdhury with government funding or licenses in the setting up the NGOs.