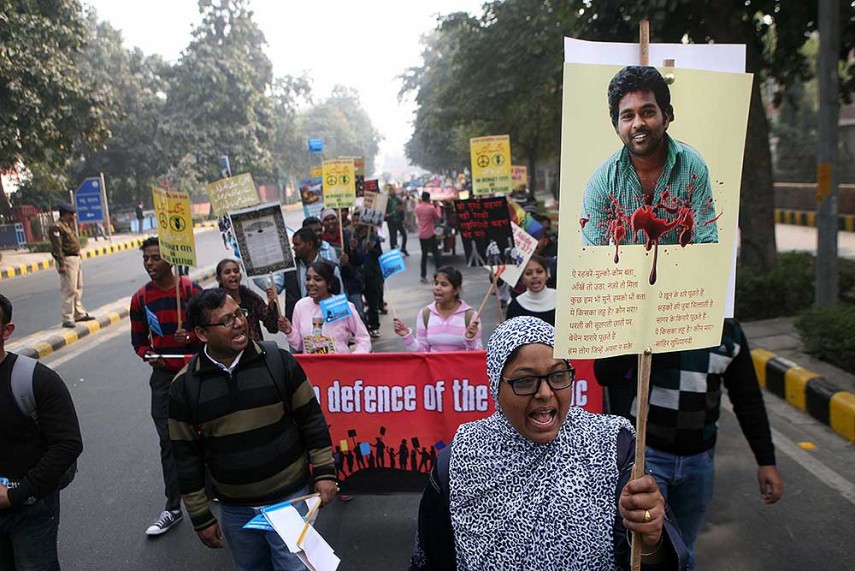 So, Justice A K Roopanwal took seven months and 41 pages to recommend that the Central University of Hyderabad should have counseling for students and research scholars and an equal-opportunity cell to redress grievances ? If reports in the media over the past few days are to be believed, then this seems to be the outcome of the exercise. Did we really need a one-man judicial commission to arrive at this conclusion ? Surely these recommendations have been made before and repeatedly at that ?

Of course his terms of reference were to look into the suicide by Rohith Vemula in January this year, the role of university officials and to recommend steps to avoid the recurrence of suicides in the campus. Suicide by students of IITs are reported with somewhat monotonous regularity and Justice Roopanwal's was certainly not the first inquiry commission to look into it. And that is why his 41-page report appears so disappointing.

HRD minister Prakash Javadekar , when asked in August soon after it was reported that the report had been submitted, professed ignorance, stating that the report had not reached him and it may have been submitted to the University Grants Commission. Almost two months later after the Indian Express claimed to have accessed a copy of the report, Javadekar told the newspaper that it appeared more knowledgeable than he was ! He had been away from the capital for the past few days, he added, and hence would not be able to comment.

The minister's reticence can be attributed to Justice Roopanwal exceeding his brief and devoting four pages in his report to ascertain the caste of Rohith Vemula. He concluded that the deceased research scholar was not a 'Dalit' but an 'OBC'. Mr Javadekar and the HRD ministry clearly do not want the contents of the report to be made public because of the immense potential the report has of damaging the political prospects of the BJP in Uttar Pradesh.

But even if we keep politics out of it, the retired judge of the Allahabad High Court appears to have erred in drawing his conclusions. Reports, for example, suggest that the Commission concluded that since Rohith's mother was not told by her foster parents the names of her biological parents, it was highly unlikely that she would have been aware of their caste. Even if one accepts this line of argument, the best conclusion one can draw is that her caste was indeterminate and could not be ascertained with any certainty. In other words her parents could have belonged to the 'Mala' caste, listed as a Scheduled Caste in the state.

But the Commission ignored the caste certificate issued by the District Magistrate of Guntur as well as the inquiry conducted by the National Commission for Scheduled Castes, both of which concluded that Rohith was a Dalit. The Commission also ignored the statement given by Rohith's foster grandmother who told the Indian Express that she had adopted Rohith's mother when she was barely one year old and from a labourer couple, who were 'Malas'.

There is another glaring flaw in the conclusion drawn by the Commission. It has apparently absolved university officials of acting under any political pressure by pointing out that the Proctorial Board had recommended on August 12, 2015 issuance of a stern warning to students involved in an alleged scuffle and that the Union labour minister Bandaru Dattatreya wrote his by now controversial letter to HRD minister Smriti Irani on August 17. Therefore university officials, the report concluded, could not have acted under any political influence.

It disregards the final report of the Board submitted on August 31, two weeks after the letter to the HRD minister, and in which the Board recommended suspension of five allegedly Dalit students including Rohith. They were then evicted from hostels and forced to live in the open. Above all, the Commission appears strangely silent at allegations in the public domain that the research scholars had been selectively denied their monthly stipend, which made life difficult for them.

While such discrepancies in the report are likely to surface in and outside Parliament, the Commission can also be held guilty of insulting Rohith Vemula's mother. Rarely has any judicial commission been as disparaging about a citizen. The Commission is said to have accused Rohit Vemula's mother of 'branding' herself a Scheduled Caste in order to benefit from the classification. It goes on to insinuate that she could get a Scheduled Caste certificate only because she had lived with a corporator for one and a half years.

The surprisingly superficial report drives the final nail into its own credibility by claiming that since Rohith committed suicide a month after writing to the Vice Chancellor seeking acid and a rope to end his life, the VC could not be blamed for abetting his suicide. Rohith's anger, the retired judge concluded, would have dissipated in the intervening period. The inference seems to be that if Rohith had committed suicide within a week of writing that letter, the VC could have been singled out for abetment.

One does not know if the report in its findings mentions whether the VC made any effort whatsoever to reach out to the students in distress or to Rohith who had taken the trouble of pouring his heart out to the head of the institution. Indeed it is quite possible that the Government, after a month or so, will deny the contents of the report, perhaps describe the leaked version as an incomplete draft.

But in the meanwhile, the HRD ministry appears to have scored an embarrassing self-goal ahead of the crucial election in Uttar Pradesh and Punjab, where Dalit mobilisation is emerging as a serious threat to the BJP.