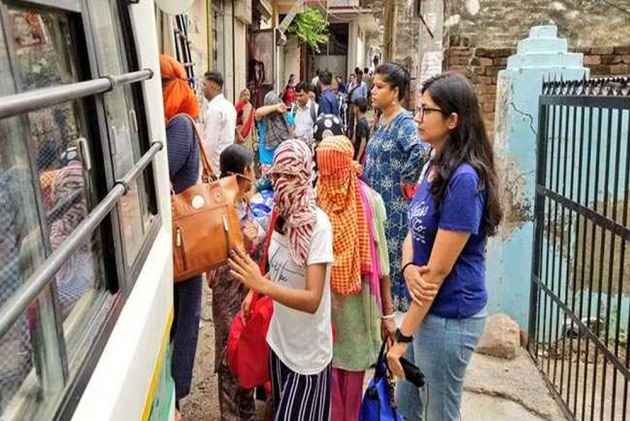 At least 39 Nepali girls were rescued from a hotel in Paharganj by a joint team of the Delhi Commission For Women (DCW) and the city police in the early hours on Wednesday, the women's panel said.

According to the DCW, the anti-trafficking operation started at 1 am and continued till 6 am.

The women panel's chairperson, Swati Maliwal, took to Twitter to provide details about the operation.

"DCW received tip off and rescued 39 Nepali girls from Hotel Hriday Inn, Paharganj. Raid lasted the entire night and assistance was provided by Delhi Police. Entire hotel had only trafficked Nepali girls who were being sent to Gulf countries. Huge trafficking racket busted!" she tweeted.

This was the third such operation since July 25.

With the help of police, the DCW had rescued 16 women, who were allegedly trafficked from Nepal and were about to be taken to Gulf countries, from southwest Delhi's Munirka area on July 25.

On July 30, the Delhi and Varanasi Police had rescued 18 women, including 16 from Nepal, from the clutches of an international prostitution racket in Vasant Vihar.