On behalf of the protesters, Aires Rodrigues, social activist and the leader of the protest march, publicly gave an "ultimatum" of 48 hours to Mr Parrikar to step down. 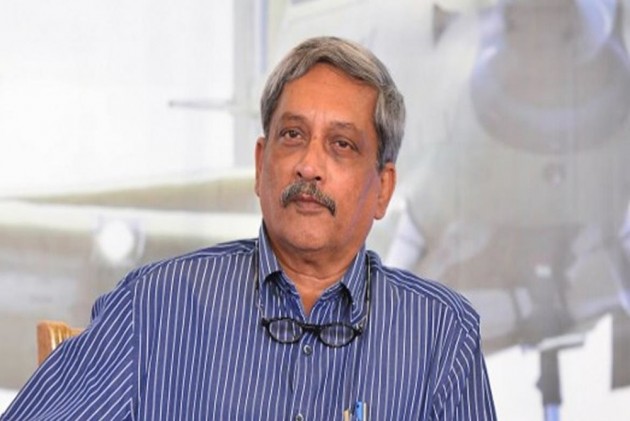 Hundreds of people, including some Congress leaders, Tuesday evening marched to the private residence of ailing Goa Chief Minister Manohar Parrikar, demanding his resignation, and a "full-time" chief minister in his place.

The people, who came together under the banner of 'People's March For Restoration of Governance', marched for about 1 km, and gave an "ultimatum" of 48 hours to Manohar Parrikar to step down as the chief minister.

Apart from the Congress, other political parties including NCP and Shiv Sena also extended support to the protest march, which was initiated by social activists and NGOs.

The protesters demanded Mr Parrikar step down as the chief minister as he has been unwell.

They said the governance in the state had suffered as Manohar Parrikar was ill and remained hospitalised for more than nine months.

The police stopped the protest march 100 metres from the chief minister's private residence.

Talking to reporters, Deputy Collector Shashank Tripathy said the chief minister refused to meet the protesters due to his ill-health.

On behalf of the protesters, Aires Rodrigues, social activist and the leader of the protest march, publicly gave an "ultimatum" of 48 hours to Mr Parrikar to step down.

"We need a full-time CM. For the last nine months, the state administration has collapsed. The CM is not meeting his own ministers and MLAs," Aires Rodrigues said.

He said the people who marched to the chief minister's residence had also come to check on his health condition.

Aires Rodrigues warned of launching a state-wide agitation in case Mr Parrikar does not step down within 48 hours.

The Goa unit chief of Shiv Sena Jitesh Kamat said, "The people of the state are praying for the speedy recovery of the CM, but that does not mean he should continue to put the state administration on hold."