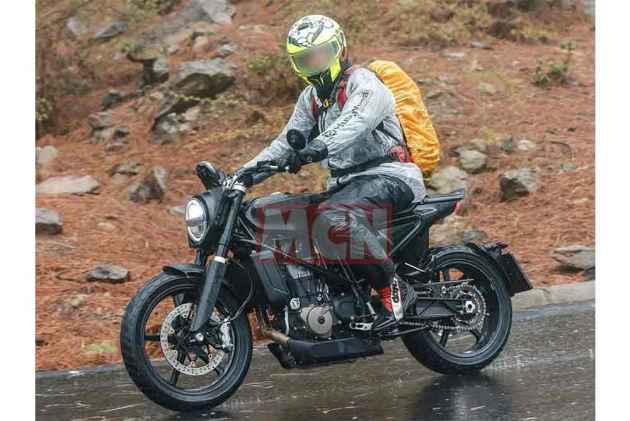 Husqvarna seems set to expand its road-going bike range with the Svartpilen 701. A test mule that resembles the upcoming bike was spotted by MCN abroad. While we expected the Svartpilen 701 to be a larger iteration of the Svartpilen 401 urban enduro, the test mule seemed to have a different design approach, more in line with that of a flat tracker.

While the Svartpilen 401 comes with knobby tyres, stepped seat and higher set handlebars, the Svartpilen 701 seems to have the more conventional on/off road tyres, a lowered one-piece handlebar and a flatter seat unit. The most telling parts are the rear body panels which seem to be inspired from flat trackers. 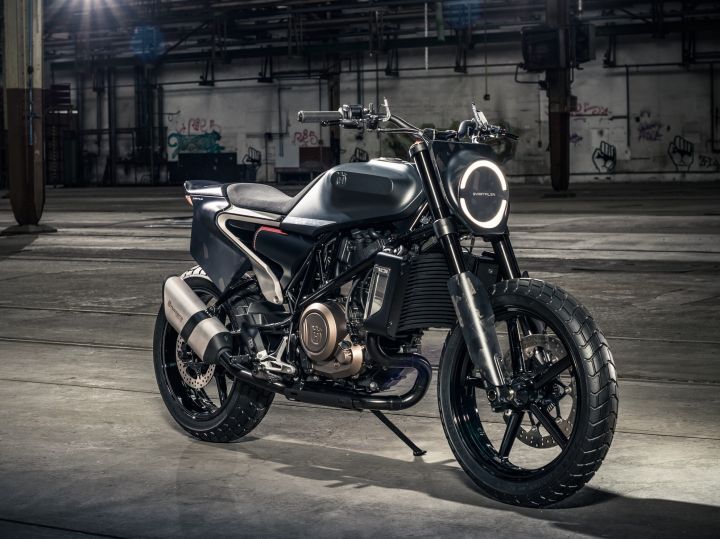 Mechanically, the Svartpilen 701 seems to carry forward all mechanicals from the Vitpilen 701. The Vitpilen 701 gets a 692.7cc liquid-cooled single-cylinder motor sourced from the KTM 690 Duke that makes 75PS of power and 72Nm of torque. Kerb weight is quite light at 157 kg. The chassis is a lightweight yet strong chrome-molybdenum trellis frame. Suspension too is high spec with 43mm WP upside down front forks and WP rear monoshock, both fully adjustable. Braking is via a single 320mm front disc with radially mounted Brembo calipers and a 240mm rear disc. ABS is standard and can be completely switched off if required. 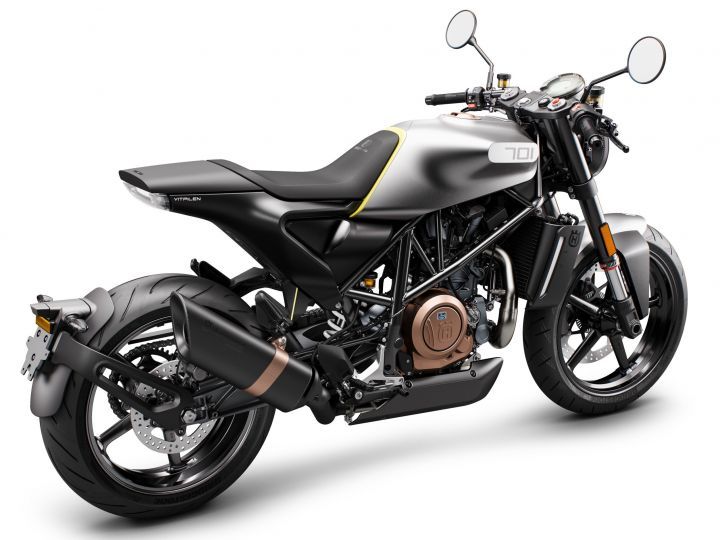 While we will be getting the Husqvarna Vitpilen 401 and Svartpilen 401 this year, thanks to Bajaj, the arrival of the larger 701 twins seem highly unlikely. The reason being, Bajaj will be making the 401 twins here using the engine and chassis sourced from the KTM 390 which is already on sale here. This move allows Bajaj to price the Husqvarnas at a slight premium above the KTMs, albeit competitively. However, KTM does not sell the 690 Duke in India and the current Vitpilen 701 and Svartpilen 701 share engine and chassis components with that. In order to sell the current 701 bikes here, Bajaj will have to bring the bikes in as CKD or CBU, both being expensive propositions compared to assembling them locally here. 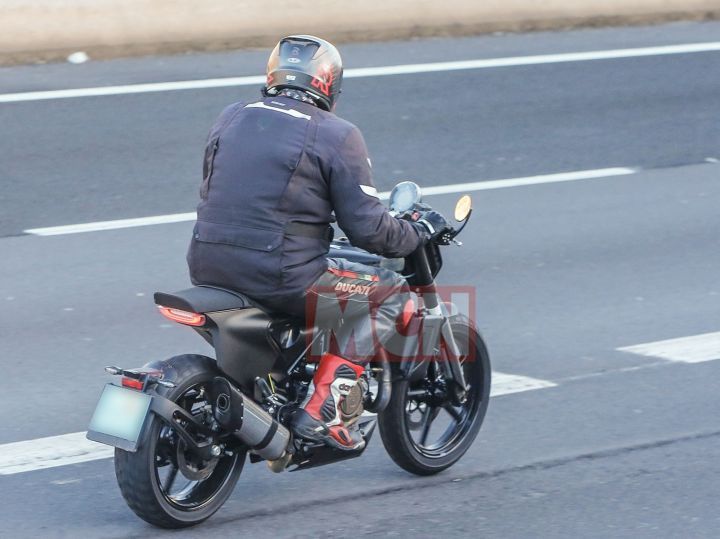 However, we expect the next generation of the Vitpilen 701 and the Svartpilen 701 to get the new 790 Duke’s powertrain and suspension parts, which is highly anticipated to be made in India at Bajaj’s Chakan facility. This would give Husqvarna local access to chassis and engine components which otherwise they would have to import. So it would make more sense for them to wait for the 790 Duke to be launched in india, which is expected to happen next year. It could also mean that Husqvarna could showcase the next generation Vitpilen and Svartpilen 701 concepts based on the KTM Duke 790 at EICMA 2019, which further means the bikes could come to our shores by 2020. This is merely speculation at this point of time but we do hope the larger Husqvarnas come to our shores.