"The Chief Minister raised his voice in favour of Samaikhya Andhra just like Rahul Gandhi reacted to the ordinance. Both of them were pointing out the mistakes being committed by the Congress" 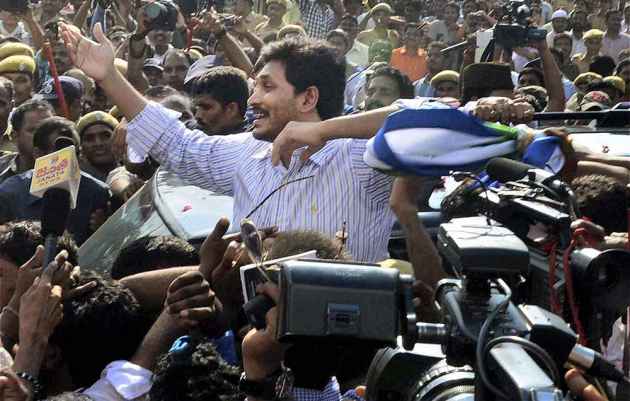 Almost a week after getting bail, YSR Congress leader Jaganmohan Reddy called for a press conference at his Lotus Pond party office. Surrounded by several party leaders, the Kadapa MP spoke about the United Andhra Pradesh demand and reserved most of his criticism for TDP president Chandrababu Naidu. On queries that he had a secret understanding with the Congress, Jagan replied, "If that were the case, then why would I spend 16 months in jail?" Jagan did not utter a word against Congress president Sonia Gandhi and did not even mention Chief Minister Kiran Kumar Reddy. He did stress the point of Hyderabad and how much it was hurting the people of Seemandhra to be driven out of a capital that was theirs as well. Jagan said he was also concerned about the people of Telangana and was not talking about a united AP for the sake of a few seats. Jagan spoke about how "misleading reports about him and his party" had hurt him greatly when in jail. It was a muted Jagan on show at the meeting. Refusing to take too many questions, Jagan said it was more of a press address than a press meet. He wondered why the centre had announced the decision to form Telangana without first introducing a cabinet note or a Bill in the Assembly. He reiterated his "secular" stand and said that while he respected Narendra Modi as an administrator, he was worried about the lack of secularism in the BJP.

Jagan still appears to struggle with difficult questions from the media and the expression on his face changes to sour the minute he feels he is being cornered. One correspondent earned himself a sarcastic smile when he asked Jagan about a possible tie-up with the UPA. "What's your name anna?" was Jagan's immediate response before he went on to answer the question.

It reminds one of his father, the late Y S Rajasekhar Reddy, who'd use similar tactics to run down a correspondent whose question he did not want to answer. I remember how at a press meet on a forthcoming national convention, YSR, then the CM, was present along with other dignitaries. A tired YSR was evidently bored and took the opportunity to grab a catnap. Since I was seated at a distance, I thought the leader was merely listening with his eyes closed as he often did. So during media queries, I stood up to ask the CM a question on security arrangements. Minister Geetha Reddy who was sitting next to him gently whispered and YSR woke up in a hurry to answer the question. But he was not one to forget.

As he walked out of the meeting, he gave me one of his coldest stares. And then walked past in his usual unruffled manner.

Chief Minister Kiran Kumar Reddy's steely defiance of the Congress high command is continuing to raise eyebrows. Kiran Kumar at another press meet in his camp office said he hoped he would never have to choose between the Congress and United Andhra Pradesh movement. "The coming generations will never forgive us if we bifurcate the state," he said. He ruled out quitting the Congress and forming a new party saying he had no further ambitions. "I am already a Chief Minister. In future I will always be known as an ex-Chief Minister. The only post bigger than that of Chief Minister is that of Prime Minister," he said. Kiran Kumar, who is having a running feud with Digvijay Singh said that the latter ought to remember that no post was permanent. Kiran Kumar was responding to Diggy Raja's statement that "Kiran Kumar is a Samaikhya Andhra (United Andhra) CM." To this Kiran remarked, "Yes I am indeed the CM of united Andhra Pradesh, not just Rayalaseema, Andhra or Telangana. In fact such remarks make me work even harder to keep the state united," he said.

Some Kiran Kumar loyalists such as minister Pithani Satyanarayana compare Kiran Kumar's united AP stance to Rahul Gandhi's outburst against the UPA government's ordinance to shield convicted politicians. "The Chief Minister raised his voice in favour of Samaikhya Andhra just like Rahul Gandhi reacted to the ordinance. Both of them were pointing out the mistakes being committed by the Congress. When Rahul's reaction is justified, how can Kiran Kumar be seen as anti-party?" he queries. Meanwhile, party sources say that Kiran Kumar's calls are being ignored by the AICC leaders and the CM is getting a true taste of the Congress cold-shoulder. Congress spokesperson Sandeep Dikshit even announced at a press conference that the CWC was firm on the T-decision and Kiran Kumar was free to quit if he wanted to. It would be interesting to watch if Kiran Kumar does indeed take the bait and break away to set up a party of his own. 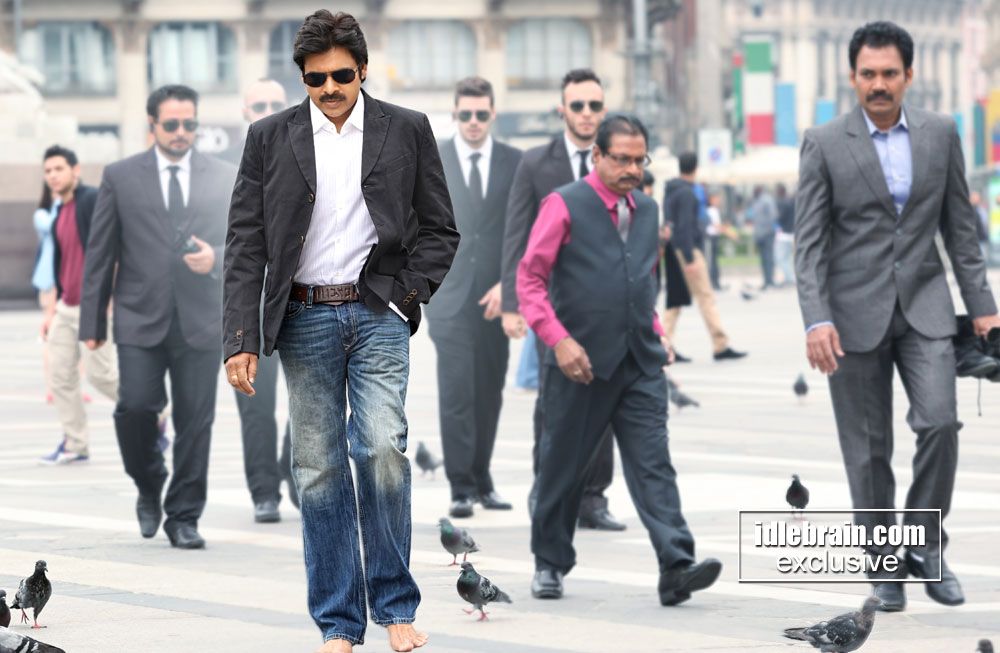 The much-awaited Pawan Kalyan film Attarintiki Daaredi has been released and is a runaway hit. While the movie does fall flat at times owing to a rambling script, it has done for Pawan Kalyan what Chennai Express did for Shah Rukh Khan. It has resurrected the Power Star, as Pawan Kalyan is popularly known. The best part about the film is of course director Trivikram Srinivas' dialogues which Pawan Kalyan duly delivers with great punch. His sense of comic timing and trademark colloquial dialogue delivery uplift what would have otherwise been a routine film.

Puli padukundi kada ani pakkani nilchoni photo digakudadu ra (Just because a tiger is asleep, don't stand by him to get your photo clicked).

These are the kind of dialogues which Pawan Kalyan delivers with ease. My personal favourite was:

It is actress Nadiya, playing Pawan Kalyan's atta (aunt) whose elegance provides a smooth finish to the film. Devi Sri Prasad's music is not its usual effervescent self but I did like Aaru Adugula Bullet and Ninnu Choodagane. Every Hyderabadi who uses the word kirraack to praise everything from a beautiful girl to spicy biryani loved the Kirraack number as well.

Samantha, known as the lucky mascot for Telugu heroes retains her crown once again with this hit. But I personally liked Pranitha more and her lovely, expressive eyes.

Pawan Kalyan does a Salman Khan-style fight sequence with his sunglasses placed at the back of his shirt. He also takes potshots at the babas of today with a hilarious song and dance sequence. A tree of 'enlightenment' which sheds leaves when lies are spoken adds to the hilarity.

When about 90 minutes of the film's footage were leaked on youtube, there was consternation in the film industry. But all's well that ends well as the movie is one of the biggest blockbuster of recent times.