As the UPA government gets ready to present the Telangana Statehood Bill in Parliament in December, hectic political games are unfolding at the state level. A Telugu TV channel belonging to the relatives of Chief Minister Kiran Kumar Reddy began flashing breaking news that he was likely to be replaced for opposing the state's division. The channel also hinted that Kiran Kumar's refusal to go to Delhi to attend the GoM (Group of Ministers) meeting had sparked the move. Transport Minister Kanna Lakshminarayana's meeting with UPA president Sonia Gandhi set off other rumours that he was the likely CM candidate. Other channels were quick to tap into the frenzy and speculated endlessly about the "chief ministerial crisis". A little after noon, the Chief Minister's office issued a statement that Kiran Kumar had postponed his visit to New Delhi for November 18 because of the Children's Film Festival being held in Hyderabad.

Kanna Lakshminarayana on his part denied that he was in the race for the CM's post. The minister clarified that in his almost four decades in public life, he had never hankered for posts. Kiran Kumar's rivals say that it was just a mind game being played by the CM to pre-empt any moves by the Congress leadership to replace him.

Union home minister Sushil Kumar Shinde has announced that the T-Bill will be tabled in the Winter session of Parliament which starts on December 5. It is believed that the Congress already has a Plan B in place in case it fails to get the Statehood Bill passed before December 20, the last day of the Winter session. The session might be reconvened for a few days in the first week of January, 2014 to debate the Bill. The UPA government is not too keen to push the issue till February because the elections would have closed in by then. It wants to cash in on the statehood issue in Telangana much before the election schedule is announced.

The Telangana Congress leaders are a worried lot. They fear the wrath of voters if the centre delivers a Telangana with liberal compromises on Hyderabad. The Seemandhra lobby is leaving no stone unturned to ensure that Hyderabad is declared a union territory. Telangana Congress leaders led by union minister S Jaipal Reddy and former PCC chief D Srinivas are planning a “pressure trip” to Delhi on this aspect. If the union government keeps the purview of law and order, revenue and higher education under the governor, it would be a half-baked Telangana state, fear these leaders. More so, recent reports that Bhadrachalam division might be given to the residuary state of Andhra Pradesh is another cause of concern for Telangana leaders. Bhadrachalam is located on the right bank of the river Godavari on the east side. It was made part of the Khammam district, which is on the left bank of the river in November, 1959. The temple town was included in Khammam for administrative reasons. Seemandhra people believe that the inclusion of Bhadrachalam in Seemandhra would benefit irrigation in the region.

The TRS has made it clear that it will not merge with the Congress at any cost since it already smells several compromises as far as Hyderabad is concerned. TRS leaders say that a semi union territory status will be given to Hyderabad which will not benefit Telangana in any way. This in turn would help them garner votes against the Congress in the 2014 elections.

The YSR Congress contends that 75% of people in the state are not in favour of bifurcation. The party which made its presentation to the GoM recently stated that Hyderabad contributes 50% of the revenue to the state’s budget. “This is the result of collective effort of Telugus over the last six decades. It will be difficult to pay salaries in the residuary state after bifurcation. Development and welfare schemes will take a backseat,” explained party leaders M V Mysoora Reddy and Gattu Ramachandra Rao. 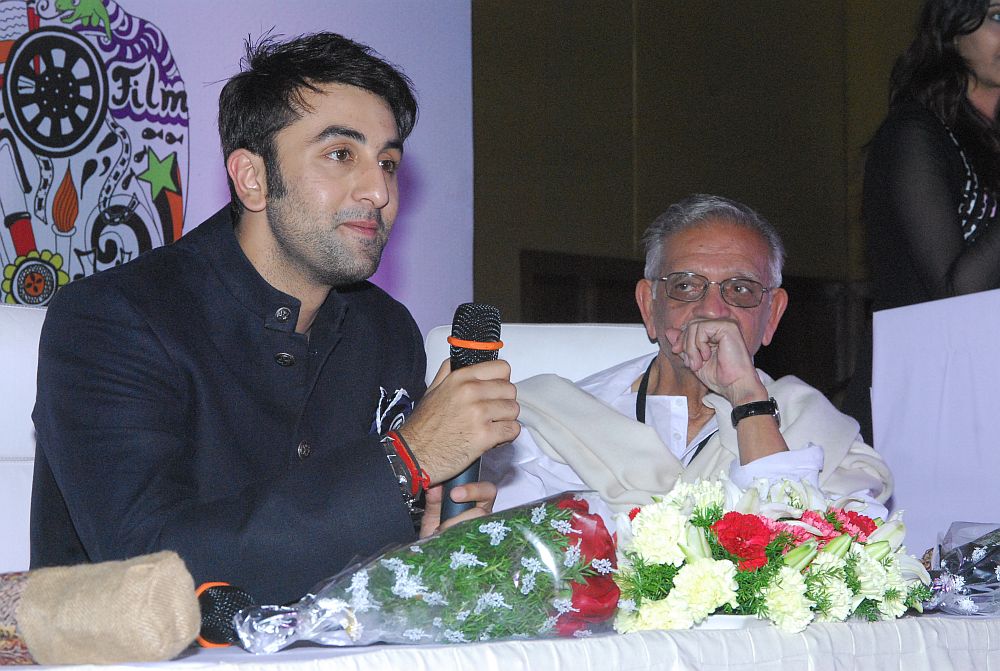 Bollywood heartthrob Ranbir Kapoor was in Hyderabad to inaugurate the Children’s Film Festival. Dressed in a bandhgala, the Barfi actor spoke about the need to put education in front of everything else as far as children are concerned. Ranbir, who is producing Jagga Jasoos with Barfi director Anurag Basu, said he was excited to be playing a 17-year-old in the film. Lyricist, poet and film-maker Gulzar who can hold his own on any stage, was happy to give way to Ranbir and chuckled as several children and their mothers fell over each other to get photographed with Ranbir. The actor also spoke about how his mother Neetu Singh, who started off as a child star, would carry her books to film sets at the age of five and study there. He said that one of his favourite movies as a child was Amar, Akbar, Anthony which he used to watch over and over again.

Tennis star Sania Mirza celebrated her 27th birthday on November 15. Busy with her own career and the tennis academy that she has started in Hyderabad, Sania spent the day with her family and friends. Her husband Shoaib Malik is currently in Dubai for the Pakistan-South Africa series and did not join her for the celebrations. Sania recently spent November 14 with cancer-surviving kids at a private hospital’s celebrations. However, she disappointed a few photographers when they asked her to pose with the children. “I have already done that, take the photos from someone else,” she curtly told the photographers who were left open-mouthed at the rude response.