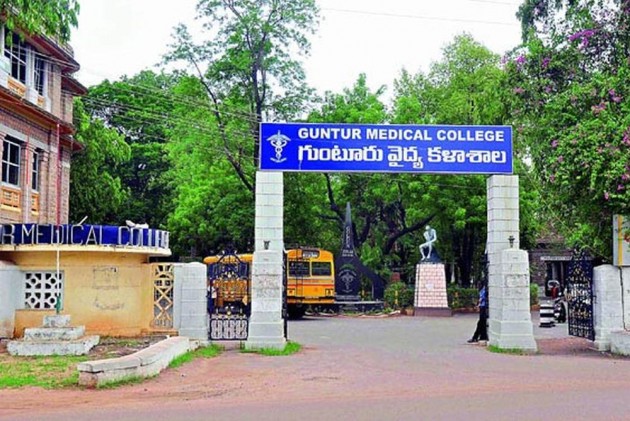 The Government Medical College in Guntur is being rocked by protests after the suicide of post-graduate medical student B Sandhya Rani a week back. The student, who injected herself with anaesthesia, left behind a suicide note alleging unbearable harassment by her Professor A V V Lakshmi. Following her death, Sandhya's husband, Dr Ch Ravi also attempted suicide and is currently being treated in a hospital in Miryalaguda, Telangana. Students are seeking justice for Sandhya and many others like her who have suffered abuse at the hands of Professor Lakshmi. The latter is said to be absconding.

As part of the protests, both doctoral and nursing students have been boycotting classes. Junior doctors are refusing to treat patients. Patients in the busy hospital are at the receiving end as the strike continues. Guntur District Collector Kantilal Dande has ordered a magisterial inquiry into the incident and has asked the Revenue Divisional Officer T Srinivasa Rao to submit a report. Sandhya was a PG student in Obstetrics and Gynaecology and was 27 years old. A depressed Sandhya mentioned several times in her diary that Professor Lakshmi was verbally abusive, would run down her work in front of others and would berate her if she sought a few days off to visit her husband back home. Sandhya's classmates say that the professor abused Sandhya's husband as well when he came to argue his wife's case.

While the government has suspended Professor Lakshmi, the police have not been able to nab her yet.

Raids on small and popular food joints in the Secunderabad Cantonment area have revealed that the tasty food we often relish is cooked in extremely unhygienic conditions. For example, Agra Sweets, a well-known sweet shop in West Maredpally was sealed after SCB officials found that it was operating without a proper trade licence. All the food in the joint was being cooked in a cellar which is basically meant for parking vehicles. The Secunderabad Cantonment Board CEO Sujata Gupta said that not only was the kitchen area unhygienic, but there was a lavatory right next to it. Similarly, in Karkhana, Grill 9 was sealed after its dining and kitchen area were found to be unclean. The management was found storing kitchenware and firewood in the parking area. Overall, the SCB officials seized six food joints including Mother India Hotel at Diamond Point, Raghavendra Bakery in Lal Bazar and Saba Hotel in Trimulgherry fell foul of the Health and Sanitation Department of SCB. Some places were not only grubby and oily but had employees such as cooks and cleaners living in the kitchen itself, said SCB officials.

The Telangana Congress which has been organising a signature campaign on the issue of the Fee Reimbursement scheme accuses Chief Minister K Chandrasekhar Rao of pushing 14 lakh students into depression. The fee reimbursement scheme was started by late CM and Congress stalwart Y S Rajasekhar Reddy to enable students of poor families to study engineering and other professional degree courses in private colleges. Addressing a rally of the Youth Congress, Uttam stated that the KCR government was refusing to clear dues of Rs 3,600 crore to private colleges towards fee reimbursement.

Instead of focussing on higher studies, students and their parents were now worried only about clearance of fees, he said. The TPCC chief also alleged that the State Government was on the verge of bankruptcy as it has no money to pay for students, farmers or poor patients. However, KCR is ensuring regular payments to the contractors of Mission Bhagiratha to get his commission. "KCR is not aware of students' power. They have the capacity to dethrone any government. Therefore, KCR should treat this agitation as open warning," he said.

Congress Legislature Party leader K Jana Reddy who spoke at the rally said the Congress would start an agitation if the State government continued to ignore the plight of students. He said that the party did not start an agitation earlier as it wanted to give an opportunity to the new government to settle down. However, he said that the Congress party was not willing to trust the TRS Government as it was implementing anti-student policies.

Incidentally, Uttam Kumar, who has been sporting a beard for a while now, says that there is a reason behind this look. "I will not shave till the Congress comes back to power in Telangana," says Uttam. Asserting that his facial hair was a form of inspiration to party cadre, Uttam Kumar said the Congress would certainly return to power in 2019 since people were disillusioned with the TRS. Scoffing at the beard statement, however, TRS MP and KCR's daughter Kavitha says, "Forget the beard, even if Uttam Kumar's hair grows enough where he will have to start sporting plaits, the Congress will not come back to power." 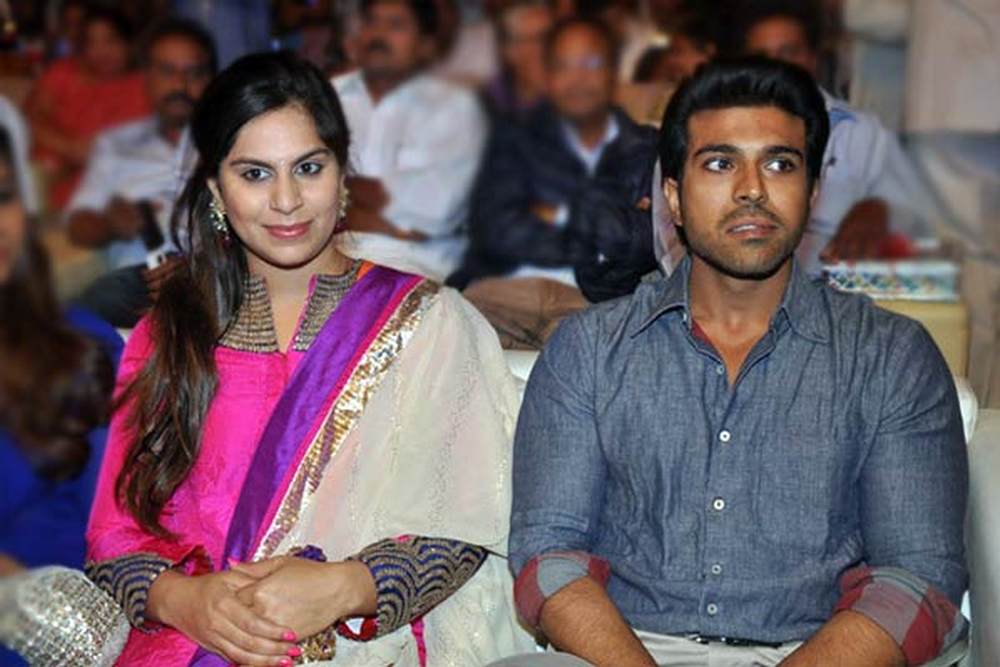 Upasana Kamineni, married to actor Ram Charan Tej, in a TV interview, has strongly denied rumours that there is any tension in their marriage. Stating that her in-laws are hugely protective of her and that she is proud of the fact that Ram Charan has several "girl fans", Upasana said they were like any other couple and that she loved her husband a lot. She said she was hugely inspired by her grandfather, Apollo Hospital founder, C Prathap Reddy in her charity work. Meanwhile, Upasana's father-in-law Chiranjeevi is not too visible politically as he is busy shooting for his 150th film Khaidi No 150.

Opposition YSR Congress and Jana Sena founder Pawan Kalyan have been lambasting the Modi government for not granting special status to Andhra Pradesh. Pawan Kalyan had specifically blamed Union Finance Minister Arun Jaitley for insulting the Telugus of Andhra Pradesh for offering "stale ladoos" which nobody wanted. But Chief Minister N Chandrababu Naidu did not let all this criticism bother him in playing the perfect host to Jaitley when the latter visited Vijayawada. Several delicacies were laid out for Jaitley during lunch at The Gateway Hotel in the city. Apart from Bhindi Aamchur, said to be a favourite of Jaitley's, the menu consisted of Rayalaseema special dish ulavachaaru, Hyderabadi biryani, country chicken, Nellore fish, tiger prawn fry, gongura mutton, crab curry and junnu among many others. The Finance Minister, looked overwhelmed by the lavish spread and tried to do justice by serving himself a bit of everything. He usually follows a strict diet because of health issues.

Incidentally, this is Jaitley's first visit to Andhra Pradesh in two-and-a-half years.