Based on responses from 7,878 new vehicle owners, Maruti and Tata shared the second spot with 893 points, while Hyundai topped the chart with 923 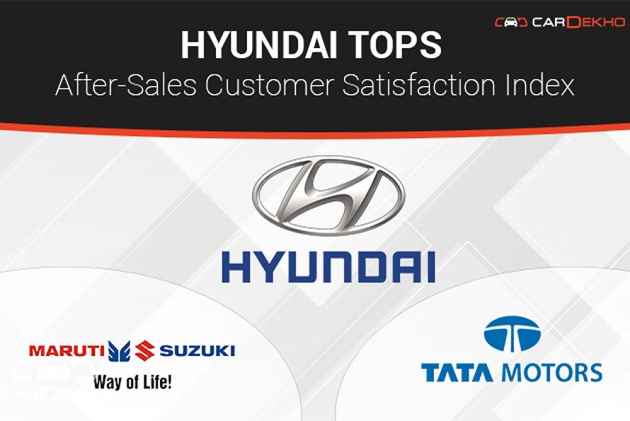 In mid-October, we reported that Mahindra had surpassed every other carmaker in India to claim the top spot in the 2017 sales satisfaction index, in a survey conducted by JD Power. Now though, we have a new report that talks about the after-sales service given to vehicle owners by automakers in India. As per the survey conducted, Hyundai has edged past Maruti Suzuki and Tata Motors to claim the top spot amongst mass market brands.

Maruti Suzuki and Tata Motors shared the second spot with 893 points, while the South Korean carmaker claimed the first rank with 923. The points are given on a scale of 1,000 points and various parameters such as service initiation, service quality and service facility are taken into account. 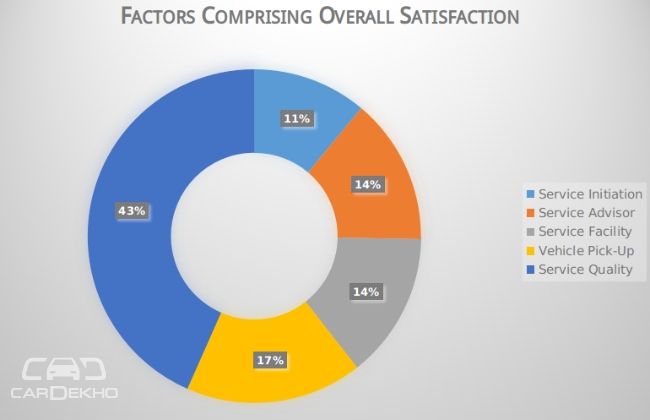 The 2017 study was conducted on responses from 7,878 new-vehicle owners who purchased their vehicles between May 2015 and August 2016. Given below is a crux of several interesting observations:

Want to see where your carmaker came this year? Refer to the graph below. 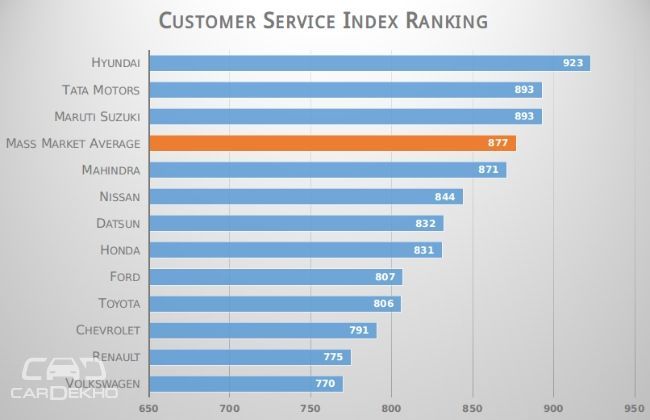 While this survey gives an interesting insight, the small sample size for such studies remains to be a big question mark. Another aspect worth considering is the area segmentation in a country as big and diverse as India. Different areas will have different challenges and different types of customers. Do tell us what you think in the comments section below.