'I Am Not Above The Law Of The Land'

'If there is anything that the CBI, or for that matter, anybody wants to ask, I have nothing to hide,' says the PM 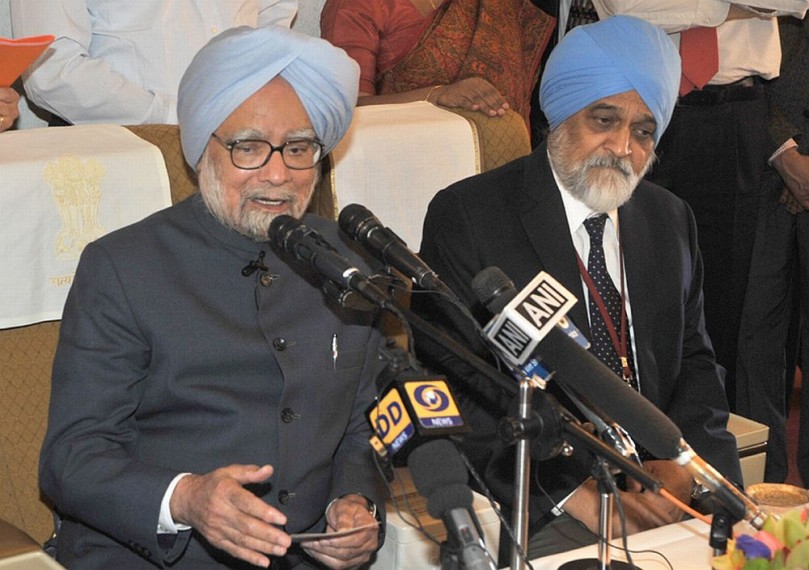 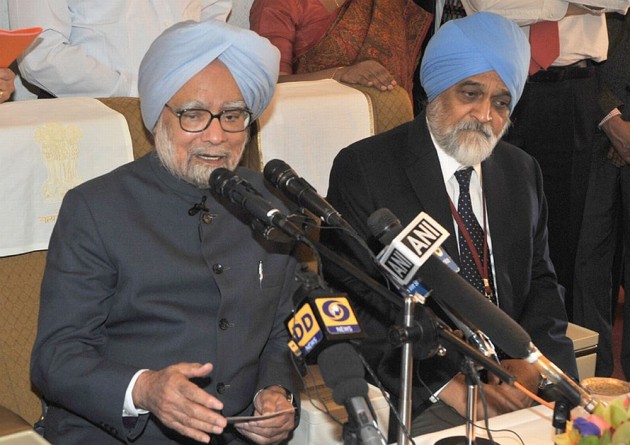 
Prime Minister: Ladies and gentlemen, you have been briefed extensively on the visits to Russia and China, so I won’t go into the details. My visit to Russia was primarily for the Annual Summit. Russia is, for us, a key strategic partner in many areas, including defence, energy and trade. We also have important convergences in a number of areas of regional and international interest. My visit has renewed my confidence in the strength of this relationship.

In China, my visit was to follow up on the process of getting to know the new Chinese leadership better. China is our largest neighbour, a significant economic partner and a country with increasing global presence. While we have our differences, there are many areas, bilateral, regional and multilateral, where cooperation among us is to our mutual benefit. It is only through a process of intense engagement that we will be able to move forward in all areas. I am satisfied that my just concluded visit has served its purpose.

Sir, during this China visit, as a part of the nine historic agreements, you have also signed some crucial and landmark cross-border river agreement also. At the moment you represent North-East. What is the likely impact of this agreement for our North-Eastern states?

Well, because I represent the North-East, I have been emphatic that cooperation between China and India in matters relating to the trans-border river system should proceed forward. I have been discussing this earlier also with the Chinese leadership. I raised this issue again and there is incremental progress. They have agreed to supply data for more number of days. Also they have recognized that the behaviour of the trans-border river system is of interest to all riparian states. So, our concerns have been put on the table. I hope there will be progress in years to come.

The Chinese leadership termed the visit as very successful, so how do you term your visit to China and compare the two visits to Russia and China?

Both these visits have served their purpose. I am satisfied with the results that we have been able to secure, both in Russia as well as in China.

Our relations with Pakistan haven’t really gone well given the sustained attacks on our border and the meeting in New York which did not go well. With that going down the tube, do you believe that with China we stand a chance with this new border agreement, possibly of settling the border issue at some stage and having peace and tranquillity in that sector?

Sir, you have mentioned at least on a couple of times, and in fact, this morning that terrorism, extremism and radicalism emanating from the region is a matter of concern. What was the response of the Chinese government on the concerns that we have on terrorism, India has on terrorism from the region.

Both in Russia and China I found growing recognition that terrorism is a threat to all the countries of the region and that terrorism and extremism both are enemies of progress, that we must work together, pool our intelligence and information system to deal with this menace.

It's been over three weeks since you met Pakistan’s Prime Minister Nawaz Sharif in New York. Firing, Prime Minister, has not only increased at the LoC but also along the international border, are you disappointed with Nawaz Sharif and if Pakistan continues to fire, how should we respond Prime Minister?

Let me say that I am disappointed, because in the New York meeting there was a general agreement on both the sides that peace and tranquillity should be maintained on the border, on the Line of Control as well as on the international border and this has not happened. It has come to me as a big disappointment. We had agreed at that meeting that the ceasefire which was made effective in 2003, if it has held ground for 10 years, it could be made to hold ground later on also. The fact that this is not happening, is something which is really a matter of disappointment. I sincerely hope that at this late hour Prime Minister Nawaz Sharif will recognize that this is a development which is not good for either of the two countries.

Sir, I have a national question. From the last few weeks or months we are telling by the CBI, the CBI has the right to interrogate the Prime Minister. Don’t you think that you have given so much autonomy to them, they are crossing the Laxman Rekha?

Well, let me say that this matter is now in the courts and I wouldn’t like to comment on that.

Sir, I know, a day before this departure, Prime Minister’s office did issue a clarification, there was nothing wrong with the Hindalco allocations. But after you have left India, there have been demand, coming in particularly form the opposition that why shouldn’t the Prime Minister also be open to interrogation, at least questioning by CBI, are you open to questioning by the CBI?

I am not above the law of the land. If there is anything that the CBI, or for that matter, anybody wants to ask, I have nothing to hide.

Sir, yesterday Rahul Gandhi has spoken about that there is possibility that he could also be killed the way his grandmother and father were killed. Government, does it have any information of any threat to him or anybody targeting him or is it the hate politics of the opposition parties that are making him say that?

Well, I and all sane persons should be worried about the politics of hate which is now sweeping our country. As regards, the threat to the life of Rahul Gandhi, Government will take all possible precautions that this threat does not materialize.

Over the last few years, the Supreme Court has been very active in ordering and monitoring probes in the various alleged corruption scandals as well as laying out policy directions. Do you think that overactive role of the Supreme Court is helping the Executive in dealing with issues or is it contributing to what your critics term policy paralysis.

Sir, you have responded to a couple of questions on CBI cases regarding coal allocations. Your statement before we left for Russia was very categorical. Statement said that there was no wrong doing in the case referred to by CBI regard to Kumar Mangalam Birla and the case against former Coal Secretary. But sir, all these cases, and you also say that you are not above the law, you are open to answering to questions from anyone. But do all these cases which have acquired a certain political colour, are these cases in some ways, casting shadows on your Prime Ministership and your legacy at the 10 years at the helm of this country.

That is for history to judge. I am doing my duty. I will continue to do my duty. What impact my 10 years of Prime Ministership will have is something which is for historians to judge.

India and China seek for further liberalisation of Visa Regime. Can we expect any positive steps in the near future.

That’s an aspiration that we both have and I hope we can find workable mechanisms to realise that goal.

I have a question on domestic politics. The BJP campaign seems to be up and running for 2014 elections, the Congress party is slow on the off take. How do you expect to meet this challenge?

Division of Andhra Pradesh now seems to be not a smooth affair going by the resistance of the people and the Congress leadership including CM of Andhra Pradesh. Are you confident of granting statehood before 2014 elections by solving tricky issues like Hyderabad?

The matter is now before the Group of Ministers. They are going into all aspects of the problem and I am sure they will come out with viable solution to this very difficult and complicated problem.

Sir, in last 9 years, there has been 2G scam, CWG scam, coal scam and then there was a big issue of price rise and also resignation of two senior ministers. Do you think these kind of things have hit your credibility, particularly UPA-II and because your credibility is low, the people like Narendra Modi , his popularity is rising. Can you help us analyse this?

First of all, I would say the ‘scams’ that you are referring to, took place not in UPA-II, they took in UPA-I. After that we had a general election. The Congress party won in that election hands down and I am sure when the result of 2014 gets out, country will once again be surprised.