'I Am Not Here Out Of Anger'

Full text of the "Khosla Ka Ghosla" director's letter announcing that he is returning his National Award... 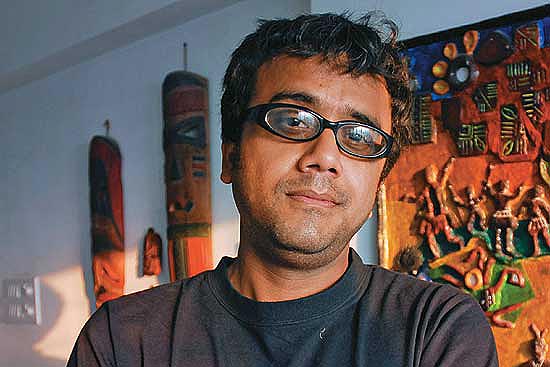 I am not here out of anger. Not out of outrage. Not to blame anyone. Those emotions have been exhausted. I am here to draw attention. Returning my national award for Khosla Ka Ghosla is not easy. It was my first film, and for many, my most loved. Those who loved it had families, sons, daughters – who went to schools, colleges, institutes and wanted to become successful and proud Indians – whatever that definition may be.

I am here to draw the attention of those citizens of India, if they are listening, if they care, if they think I am one of them – and not an outsider.

What we teach, what we learn today – is what we live tomorrow. India has had a proud tradition of teaching and learning for thousands of years. Central to that tradition was the Guru, and their shishyas. It is not for nothing that famous names like Drona, Kripa and even religious teachers like Shankara, Gautam Buddha, Mahavir, Nanak live between us even today, in scriptures and legends. Before they were anything, they were teachers, who taught, lead, and inspired a group of students.

They did so in forests, dusty roads, humble huts and under a tree.

Teaching is not classrooms. Not gadgets. Not shiny buildings. Those are the equipment of teaching. Teaching is the imparting of the right knowledge. To impart it, one must have it. The greatest teacher of painting in the world will be the most unsuitable to teach a group of aspiring carpenters.

Further, the most ancient Indian tradition known to us is - debate. Many Upanishads, Itihasas, and darshanas are propounded as a series of questions and answers between the guru and the shishya.

The reason I take these lofty examples is the fact that as our past glory is repeatedly cited as the reason for many acts and deeds today – I feel that glory needs to be spelt out. That glory was an education system that encouraged questioning, argument, debate and give and take of ideas.

As the students of FTII have questioned, debated and pleaded to bring to attention the fact that the appointment of its governing body has to be transparent and relevant to film teaching and nothing else – they have come up against obstacles. That is natural. But what is not natural is the way they have been portrayed. They have been called names, criminalized, convicted, arrested, with an aim to trivialize and misrepresent.

The FTII students are asking for the right gurus. They are asking for the right shiksha parampara. They are not asking for money, or more equipment, or less exams, or quotas, or any privileges. Why should they suffer months of indecision, harassment and stress to go through this? And why should they become criminals when they are protesting against the unfair, the unethical and unprofessional? Every year, the FTII churns out a student who becomes a legend later. Why should we presume that there aren’t a few right now in this bunch? And why should we not give their questions the respect now we will give them once they are famous?

Through the return of my award, I want to appeal to the students, teachers and parents of India to pay attention to what the FTII students are saying. If they do, they will know that their contention is far bigger than FTII. What they are protesting against is happening at a much larger scale in educational institutes all over the country. As citizens, students, parents – I appeal to them to become interested custodians of our shiksha parampara – of how we run, govern, and nurture the institutes of excellence that will one day deliver Indians that make us proud.

I also appeal to the sane, fair and unbiased elements amidst the political, executive, legislative, judicial and legal constituents of the Indian society to give this protest a fair hearing and a fair solution.

Through my humble return of this august award, I aim to speak for all Indians who want our classrooms to become true source of learning – and not of mediocrity.