For putting her son through this. She has exposed him to ridicule that should be a lesson to all parents. 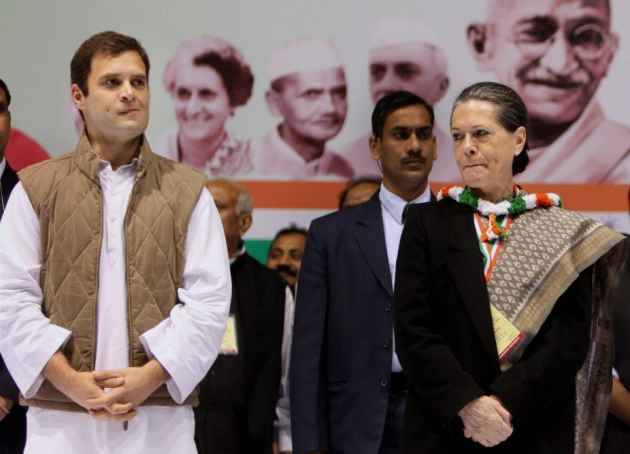 “A lot of mothers will do anything for their children, except let them be themselves.”

The bane of India is the inheritance model that we have perfected over the years. Most things in India are inherited and not earned. The loving smile of Sonia Gandhi when Rahul Gandhi (RaGa) demanded an increase in subsidised LPG cylinders from nine to 12 was a tell-all moment during his speech at the AICC meet recently. The mother smiled, and the sycophants cheered, in a truly orchestrated moment.

The RaGa interview on Times Now last night was an unmitigated disaster. The nation definitely realized that he is the wrong man in the wrong place—interview and beyond.

"Mothers all want their sons to grow up to be president, but they don't want them to become politicians in the process"

RaGa quite simply isn't capable, and may be unwilling too. His responses were way off the mark. The only thing that could possibly go in his favour is the handicap — the performance of UPA 2, the scams, partnerships, and riots. It could not have been defended by even the smartest of people. But RaGa could not answer a single question with even half the conviction that is needed from a prospective PM candidate of a nation with 1.2 billion people

I blame Sonia Gandhi for putting her son through this. She has exposed him to ridicule that should be a lesson to all parents. He is neither capable nor has the aptitude. The Indian parents deem it their right to even inherit not just the property but to control and run it as well. Professionalism and trust in outsiders has been systematically eroded over the decades. This disease is in every field, and politics is no exception. I have seen inept chancellors of higher educational institutions, incapable CEOs of large corporations, mediocre actors, lawyers, doctors et al—all a product of the inheritance model.

I pity RaGa. He is in a place that doesn't belong to him. The ambition of a mother may have taken centre-stage. He is powerful without anything to be proud of other than his family name, influential without self esteem and acts philosophical without understanding. He seems to be in a state of hubris. He is a product imposed by the 'inheritance' model, and will soon get used to acting and living the role. And the nation may still see him as the Prime Minister, some day.

While each of us introspects on the nation's fate, let us think of our own children. Are we putting our children in a place that doesn't belong to them? Are we killing their pride and self esteem, and making them a victim of our ambition and greed? Are we letting our children be what they are? Are we letting them live life the way they want to, or sacrificing them at an altar of our creation?

If RaGa is a victim of Sonia's ambition, are we sure, our children aren't?