I Don’t Disagree With Justice Joseph: Justice Chelameswar On 'Someone From Outside’ Remark

Justice Joseph had clarified that Justice Chelameswar had proposed the idea of the press conference and the rest three had agreed with him. 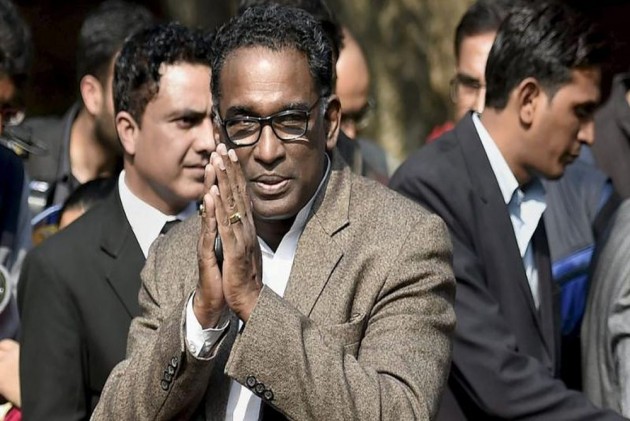 Justice Joseph had claimed that he and three other top court judges had held a press conference in January as they felt that outside forces were controlling the then CJI Dipak Misra.

Both Justice Chelameswar and Justice Joseph had been part of the Supreme Court’s collegium for a similar period and were two of the four sitting judges who had addressed the country through an unprecedented press conference of sitting apex court judges. The other two were sitting judges of the Supreme Court, including the current chief justice of India, Justice Ranjan Gogoi, and the current first puisne judge, Justice Madan B. Lokur.

“I do not disagree with Justice Joseph,” Justice Chelameswar told Outlook in a brief phone call from his native place in Andhra Pradesh, where he has moved since retirement in June, this year.

Justice Joseph, who retired on November 29, told The Times of India, “Someone from outside was controlling the CJI, that is what we felt. So we met him, asked him, wrote to him to maintain independence and majesty of the Supreme Court. When all attempts failed, we decided to hold a press conference.”

Justice Joseph had clarified that Justice Chelameswar had proposed the idea of the press conference and the rest three had agreed with him.

Then CJI, Justice Dipak Misra, had declared himself the master of the roster, which meant that he could decide the allocation of cases to the Supreme Court judges without consulting any of the senior judges. In an exclusive interview to Outlook, former SC judge, Justice RV Raveendran, had earlier clarified that SC judges are not subordinates of the CJI. Incidentally, Justice Raveendran had been a member of the collegium which had appointed both Justices Misra and Chelameswar.

There were two sensitive cases in the courts at the time. In one case, the CBI was probing allegations of corruption in the re-registration of a medical institute in Uttar Pradesh with the Medical Council of India (MCI). The CBI had arrested a former HC judge, Justice (retd) Quddusi for allegedly accepting graft to ‘fix’ the case. This specific case was being decided by Justice Misra himself. The other case was a plea to probe the death of CBI judge Loya who was hearing the alleged fake encounter of Sohrabuddin Sheikh.

A plea to monitor the CBI’s probe into the MCI case had been mentioned before Justice Chelameswar, when he was the first puisne judge of the SC, and he had listed it before a bench of five senior SC judges apart from the CJI. Justice Misra adjourned a constitutional bench he was heading and hurriedly convened a constitution bench of seven judges. When the bench sat, two chairs were withdrawn and only five judges had sat on the constitution bench, which went on to decide that the CJI alone could allocate work in the SC. Eventually, the MCI corruption probe ended in the court of Justice Arun Misra.

Another former SC judge who wished to remain anonymous told Outlook that “everyone knows from whom cases were withdrawn and to whom they went.”

At the press conference, Justice Chelameswar had said, “The administration of the Supreme Court is not in order. Many things that are less than desirable have happened in the last few months. …Unless this institution is preserved, democracy will not survive in this country.”

The present CJI, Justice Gogoi, had said that their speaking out was “a discharge of debt to the nation…”

The press conference did not get a lot of support from top jurists such as Fali Nariman and former judges, many of whom found it ‘improper’ despite support from a section of the public. In that backdrop, Justice Joseph’s statement that there was an external influence on the CJI has a lot of impact on the independence of the judiciary during Justice Misra’s tenure, which ended with his retirement as CJI in October.

In their letter to the CJI, the four SC judges had said that the CJI was only the first among equals and that allocation of work was based on custom and a Memorandum of Procedure that was to be devised by the collegium or the Full Court, in the interest of transparency. Departure from such customs, “…have already damaged the image of this institution to some extent,” the judges had noted.

The next of the four judges to retire is Justice Lokur and his parting shots are awaited.