Home  »  Website  »  Arts & Entertainment  » Interviews  »  I Don’t Want To Be A Star, I Want To Be A Good Artist, Says Surabhi Who Won The National Award For Best Actress

I Don’t Want To Be A Star, I Want To Be A Good Artist, Says Surabhi Who Won The National Award For Best Actress

In an interview to Outlook hours before the 64th national film awards ceremony in New Delhi, the Malayalam actress said it gives more satisfaction to her body and soul when someone says she is a good artist rather than saying she is a big star 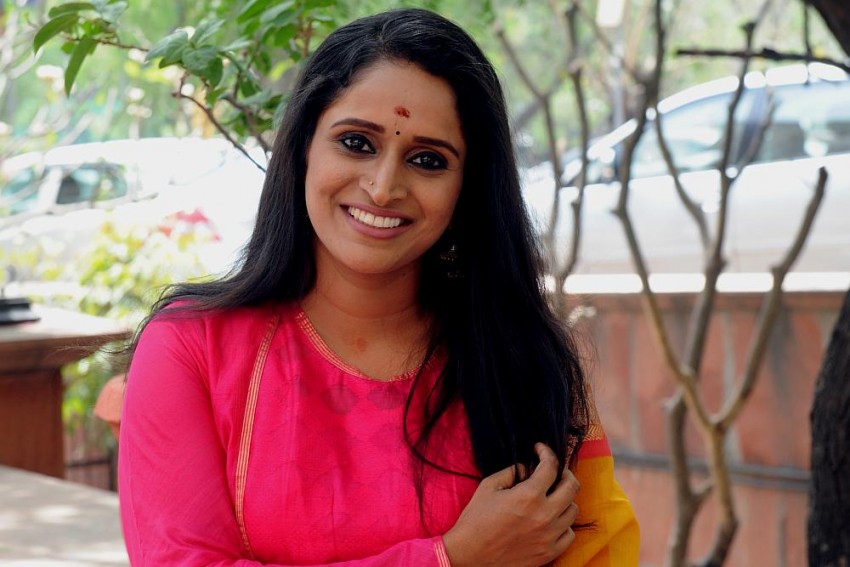 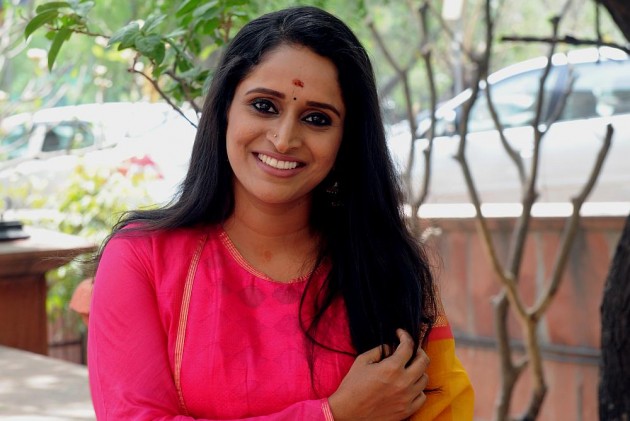 The 64th national award for the best actress has come as a big surprise for Malayalam actress Surabhi Lakshmi for her performance in the film Minnaminungu (Firefly). The film was her first full-length acting experience in the lead role. Best known for her comedy character Pathu in a popular TV serial, she portrays the challenges of a widow in Minnaminungu. Surabhi talks to Outlook about her choices- or the lack of choices- in films, how she sneaked out to watch Akshay Kumar film at cinemas in her childhood and many other interesting incidents…

The national best actress award is coming to Malayalam after 14 years. And you are the fifth Malayalam actress to win this award after Sharada, Monisha, Shobhana and Meera Jasmin. How do you feel now?

I realised all these things only after I won this award-- that it is coming to Malayalam after 14 years, that I am the fifth Malayalam actress to win this award and this is the sixth time Malayalam has won the best actress award. The award itself was a shock for me. I was again surprised when I heard Aishwarya Rai was there in the competition. I heard Shabana Azmi was also there. So, it was another surprise. The award triggered a quick burst of surprises.
I am really happy because national award is a dream for every actor. Though most of us don’t say it, every actor has this dream. I also had it. I am not a heroin. Not a supporting actress. Nor a junior actress. I have been doing small roles which do not come under any of these classifications. So, my ambition was to win a national award in the supporting actress category. That too in my 40s or 60s. If I won the award at that age, I think I would have enjoyed it more. Now, I am too overwhelmed. When the hype of the award ends, I may feel like I should have done it this way or that way. But, I am definitely happy about it. It was the dream of all actresses (in Malayalam) for the last 14 years. It was a dream for me as well. A dream which I never even dared to tell anyone. And when I saw the news about it… I really don’t know how to explain my feelings about it.

So, how does it feel to be in the league of Sharada, Shobhana, Monisha and all those veterans in Indian films who have won this award? You feel more responsible?

Certainly. 64th national film awards means you will see my name in the list of best actresses in the 64th column. But, they have all acted in many films as heroin. But, this was my first full length film. And this is my first film in the lead role. Winning the award for the first film means I have to go a long way on the path of my predecessors. I do have anxiety about it. I haven’t proved myself before the audience the way they have all done it though I have done good characters and people have accepted and appreciated me for it. I have to do more and more characters and prove myself.

Do you think the award will give you the freedom to choose films and characters?

So far, I have been getting calls for bit roles. After the award, I am worried people may have qualms about approaching me for small characters. My goal is to become a flexible actress and do good characters. A character is like a bowl. And an actress has to adjust herself to be contained in that bowl. I am basically a theatre artist. I have chosen this path when I passed BA in Bharatanatyam with first rank and won the Amrita TV best actress award. I have done MA in theatre and Mphil in performing arts, and now I am doing a Phd in it. I come from a rural background. Theatre has helped me polish my skills. I have reached this place because of the small-small characters that I have done. I am always thankful and indebted to those small characters. It is not my aim to become a star or a heroin. My dream is to become a good artist. Doesn’t it give a better feel when somebody says that she is a good artist rather than saying she is a big star. That gives more satisfaction to your body and soul.

Your versatility is visible in the range of characters that you have done.

It all came my way. I never selected a character. But, I was worried whether I would become typecast in Pathu characters. But, I have accepted roles that were identical to Pathu, wearing hijab, but were set in a different ambience. For instance, my role in Kismat. It was set in Ponnani with a different dialect etc unlike the Kozhikodan dialect of Pathu. Pathu gave me all the fortunes…the foreign trips and stage shows… throughout the year. I have decided that there should be only one Pathu. Other than that I don’t really select a character. But, I do wish my characters have a distinct space in the film.

Pathu is a comedy character. But your character in Minnaminungu (The Firefly) for which you won the award is a completely different one. What kind of characters do you like?

I want to be a flexible actress. You have seen Sukumari, K.P.A.C Lalitha or Kalpana doing both comedy and serious roles. I want to do a variety of characters, may be that of a baddie. My only request is not to typecast me.

On receiving the award with Akshay Kumar?

In my childhood, we used to take leave from school on 28th of every month as that was the day when we help out in bagging harvested coconut in our field. We children used to get two coconuts each for the chore. The work will be over by 10 O’Clock in the morning and we would go to school in the afternoon. We would sell these two coconuts. My close buddy Moli and I used to dream of becoming big businesswomen during those days. My hobby was to go watch films in the Dinesh talkies in Narikkuni after making a deal with Moli. Moli would stay at her house when I went to watch the movie. She would convince everyone in my family that I was also there with her. One of the films I watched during those days was Khiladi.  I didn’t know Hindi those days. Nor do I understand it even today. One of the visuals I still remember is that of a song scene where he is under the wings of an aeroplane. Those days, how would I even dream of receiving an award along with him. I never imagined any of this.  I first acted with Mohanlal in the song Jumbha Jumbha…I didn’t know Mohanlal those days.  Television had not reached my village those days. Going for a movie on Sunday, or listening to shabdarekha on radios were the only connection with films.  I can't imagine  that today I am receiving the national award along with them.

What Caused Bhallaladeva, Aka Rana Daggubati, To Go Blind In One Eye?