During a session, he hailed Islamabad for seeking to resolve issues with India through dialogue, saying New Delhi does not have this policy. 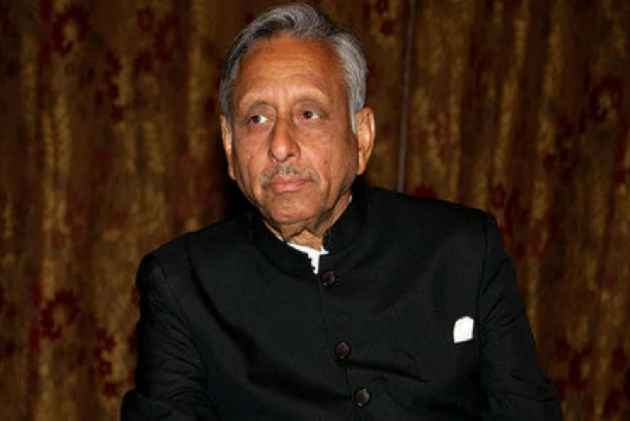 Aiyar, 76, suspended by the Congress from the party for his "neech" (lowly) jibe at Prime Minister Narendra Modi during the Gujarat Assembly polls, was speaking on a session on ‘Love Thy Neighbour: India-Pakistan Relations’ at Karachi.

During a session, he hailed Islamabad for seeking to resolve issues with India through dialogue, saying New Delhi does not have this policy, Geo News TV reported.

"There is only one way of resolving India-Pakistan issues and that is by an uninterrupted and uninterruptible dialogue," Aiyar said.

Congress leader  V Hanumantha Rao  criticised Aiyar's remarks, and said he would approach the prty chief to get him sacked.

Rao told ANI that Aiyar should refrain from making such statements which would affect the Congress Party ahead of the Karnataka assembly elections.

"Something wrong has happened to Mani Shankar Aiyar these days. Prior also, he gave such kind of a wrong statement during the Gujarat election campaign and we have suffered a lot because of that. Later Congress president Rahul Gandhi ji even suspended him, but still he said that I have got lot of love and affection for Pakistan. What nonsense is he really talking about?" he said.

"Being such an educated person, he is talking such frivolous. Because of him, this generation is suffering. Better he should stop talking such weird things because it can distract majority workers of Congress party," he added

Rao further said that Aiyar is trying to get publicity by making such statements, adding, "We do not want to face any kind of damage in Karnataka election after such statements."

The Indian politician had said that he is "proud" of Pakistan for having this policy, however, regretted its non- reciprocation by New Delhi, the Pakistani media report said.

"And I am very proud and half very sad that this sentence of these three words has been accepted as Pakistan policy, but has not been accepted as Indian policy," Aiyar was quoted as saying by the media report here.

His words followed an applause from the audience.

Aiyar further said that Kashmir and terrorism are the two main issues that need to be dealt with.

He also said that both India and Pakistan should adopt a framework formulated by former president Pervez Musharraf's government, the report added.