According to state party leaders, Modi will visit Telangana on December 3 to address a rally in Hyderabad 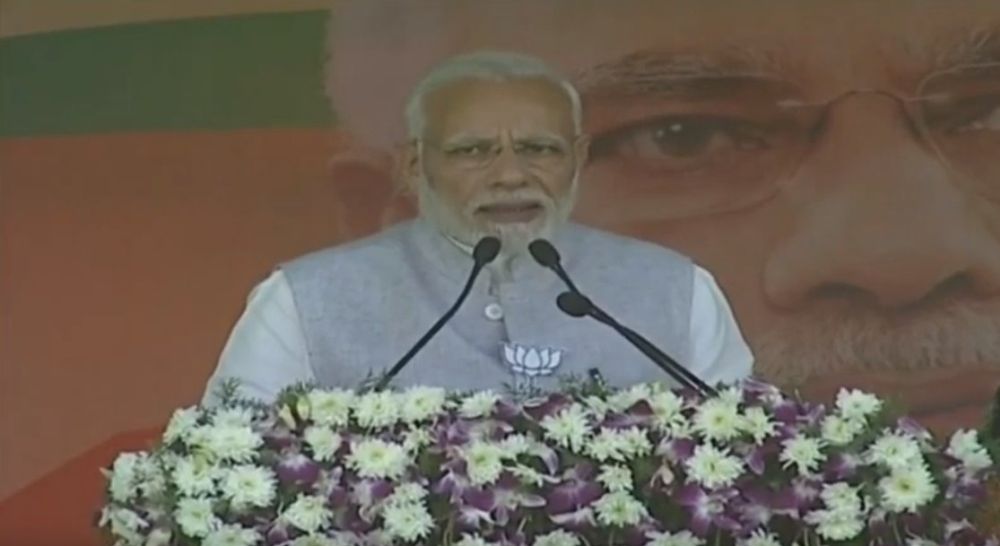 Prime Minister Narendra Modi on Tuesday sought people's support for the Bharatiya Janata Party (BJP) in the December 7 Assembly polls ahead of his election rallies in Telangana.

"Dear sisters and brothers of Telangana, I am eagerly looking forward to being in your state today. I will address a rally in Nizamabad followed by one in Mahabubnagar," Modi said in a tweet in Telugu.

Dear sisters and brothers of Telangana, I am eagerly looking forward to being in your state today. I will address a rally in Nizamabad followed by one in Mahabubnagar. I seek your support and blessings for @BJP4Telangana in the coming polls. Watch the rallies on the NM Mobile App

"I seek your support and blessings for BJP in the coming polls. Watch the rallies on NM (NaMo) mobile app."

Will Not Allow Reservation For Minorities, Says Amit Shah In Poll Bound Telangana

The BJP's campaign is set to gather further momentum with the PM's rallies.

According to state party leaders, Modi will visit Telangana on December 3 to address a rally in Hyderabad.

"The chief minister of Telangana and his family thinks they can get away with doing no work like the Congress....They have adopted the style of the Congress which ruled for 50-52 years without doing anything. But that cannot happen now," he told an election rally in Nizamabad.

"TRS and Congress are family-ruled parties playing a friendly match in Telangana polls," he said.

Congress as well as TRS, both the parties believe in dynastic politics. They are two sides of same coin. Both parties appease the minority, both parties believe in vote-bank politics, none of them have internal democracy: Prime Minister Narendra Modi in Nizamabad #Telangana pic.twitter.com/Mur1Dkomkf

Accusing the TRS government led by K Chandrasekhar Rao of not keeping its promises, Modi said the chief minister had once said he would transform Nizamabad into a smart city like London but the place was still grappling with shortage of water, electricity and proper roads.

He said Rao did not join Ayushman Bharat scheme under which the Centre would bear medical expenses of the poor to the extent of Rs five lakh a year because of his feeling of insecurity.

"This chief minister feels so insecure...he trusts astrologers, does puja, ties nimbu-mirchi (to ward of evil). So when we introduced Ayushman Bharat Yojana, he decided not to join it. He feared people will reject him if Modicare comes into force. He did injustice to the poor people of the state," Modi said.

The Chief Minister of this state says he will transform Nizamabad into London. But look at the condition of this region. The region lacks development: Prime Minister Narendra Modi in Nizamabad #TelanganaElections2018 pic.twitter.com/2Dx9vsYLJK

Amid reports that the Congress was preparing a manifesto that would envisage separate schools and hospitals for Muslims, Modi said the only Mantra that the BJP followed was "Sabka Saath, Sabka Vikas" and was against vote bank politics.

Development, he said, was a casualty wherever vote bank politics and politics of casteism, communalism and nepotism have flourished.

He said those who believe in development, building new India and new Telangana trust BJP most.

He said the Bharatiya Janata Party will neither provide quota on the basis of religion nor allow its implementation by others.

He was referring to the resolution passed by Telangana legislature and sent to the Centre, seeking its nod for increasing reservation for Muslims in jobs and education from current four per cent to 12 per cent.

He is scheduled to address more meetings on Wednesday and December 2.

The BJP is contesting all the 119 Assembly seats on its own.

(Inputs from PTI and IANS)