Narendra Modi, If People Of This Country Want To Deposit Their Hard Earned Money, Which Bank Is Safe?: Arvind Kejriwal

Kejriwal targeted the Centre alleging that never before had so many "bank scams" taken place under any regime. 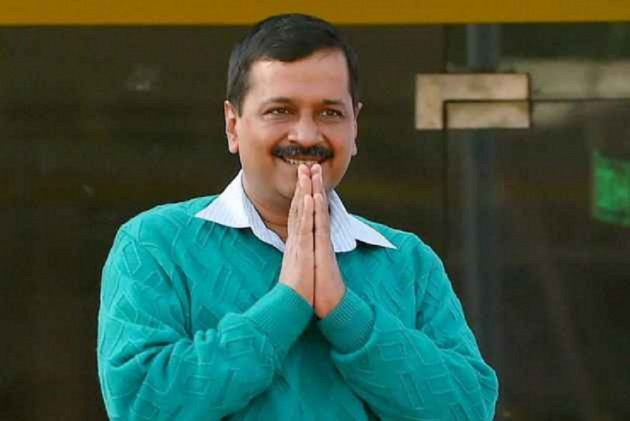 Aam Aadmi Party (AAP) convenor Arvind Kejriwal today targeted the Centre alleging that never before had so many "bank scams" taken place under any regime since India's independence even as he declared that his party would contest the next state Assembly polls in Haryana.

Kejriwal asked the people of Haryana to reject the ruling BJP as well as the opposition Congress and the INLD. He claimed both the BJP governments at the Centre as well as in Haryana had failed the people.

The number of bank scams that have taken place during the Modi government's time; never before had so many scams taken place under any government since independence, Kejriwal claimed at his party's 'Save Haryana' rally here.

"I want to ask PM Narendra Modi, that if people of this country want to deposit their hard earned money, which bank is safe? What if the bank goes bankrupt and all the money of the public is gone," he said taking a jibe.

"Second question I want to ask Mr Modi is that Vijay Mallya and Nirav Modi escaped with thousands of crores. When will they be arrested? When will we get our money back?" he continued.

Attacking the Manohar Lal Khattar government in Haryana, Kejriwal claimed the state witnessed several incidents of violence ever since the BJP assumed power and many innocents were killed and property worth crores of rupees destroyed.

The AAP leader alleged that BJP and Congress hatched the conspiracy to create a wedge among the people of Haryana. Both parties divided the people into Jats and non-Jats only for their vote-bank politics, he alleged. Kejriwal also accused the BJP of dividing people along communal lines. The AAP national convenor, who hails from Haryana, asked the people of the state to strengthen his party. Only you can build a new Haryana, he said.

AAP will contest the next elections, he said referring to state Assembly elections. "We will create a new Haryana. If you want peace, security, schools, hospitals, roads, then vote for AAP," he said. He said the BJP had backed out from its poll promise of implementing the Swaminathan Commission report but AAP would do it if it comes to power in the state.

After tasting defeat at the hustings in the Lok Sabha polls from Haryana, AAP had not contested the October 2014 assembly elections in the state. The AAP leader alleged that his party's "Haryana Bachao" rally posters were torn at many places. He claimed four years back people voted BJP to power at the Centre and in Haryana, but now were fed up with the "misrule".

"They did not even spare the traders and farmers. First demonetisation and later GST onslaught adversely hit the traders. Can one trader tell me if his trade has flourished during last four years," Kejriwal said. He said youths were frustrated because they were jobless despite working hard. Senior AAP leaders Sushil Gupta, Gopal Rai and Navin Jaihind also addressed the gathering.