I Wish To Explore Different Things Till I'm 70: Kareena Kapoor

Kareena Kapoor Khan does not want to stop here and says she would like to keep exploring "different things" till she is 70 years old. 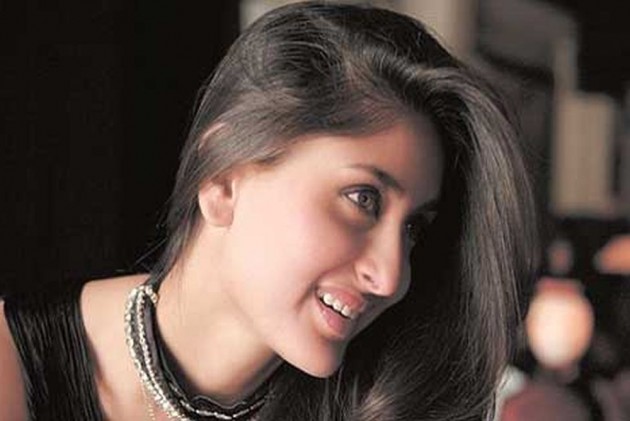 Kareena Kapoor Khan does not want to stop after doing films as different as chalk and cheese to redefining professionalism for working mothers to trying her hands at a radio show and says she would like to keep exploring "different things" till she is 70 years old.

Asked if she aspires to do something more, Kareena told IANS here, "The idea today is only about content -- and being a part of good content, whether it is the web, cinema, stage or radio. I think today artists and actors are all about supporting content. I am just happy that I have got to try my hand... It's the first time for me. So, lets see... I would like to try different things till probably I am 70."

The 38-year-old actress, who hails from Indian cinema's first film family, redefined professionalism by returning to work soon after delivering her first son named Taimur in 2016.

Kareena, who married actor Saif Ali Khan in 2012, also praised digital platforms and added, "I am glad all this is opening up for us." She added, "The content in cinema and different platforms is changing. There are so many options to do what you want in today's time and I think it's the best time to be an actor."

The "Veere Di Wedding" actress has lent her voice to the character of the hypnotic python Kaa in the Hindi version of actor-filmmaker Andy Serkis' forthcoming film "Mowgli, Legend Of The Jungle", which is slated to have a global release on the streaming site Netflix on December 7.

Kareena, who is excited to be a part of the eternal classic originally written as "The Jungle Book" by author Rudyard Kipling says, "Mowgli was one of the closest characters to my heart because his journey has been very interesting.... The journey of (his) self-discovery is something every young adult gets attracted to."

Is she excited to share the film with her two-year-old son, when he grows up?

She said being offered to lend her voice to Kaa is an absolute honour.

Talking about Kaa, she said, "She (Kaa) is quite a seductress. Dubbing for it was quite unique... She had to sound hypnotic... I have not played a character like that. In most of the movies, you have seen me playing a girl-next-door or a homemaker, but to play this seductress of the jungle was super fun."