Kylie Minogue, in the midst of talking about her new album, recalls the Bollywood song ‘Chiggy wiggy’ and her journey in India. 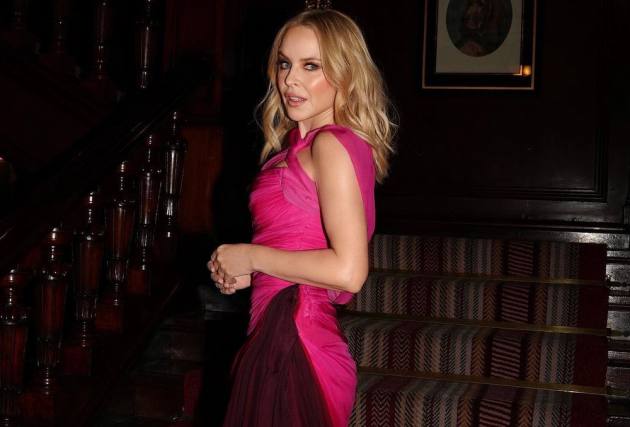 Australian-singer Kylie Minogue is best remembered by Bollywood fans as the singer who danced with Akshay Kumar to the song 'Chiggy wiggy' in the film 'Blue' more than a decade ago.

Minogue reflected on her time in Bollywood and expressed her desire to return to the industry."I would really like to come to India and sing a song there once again. My previous visit and experience went way too fast," she added.

In a recent interview as reported by Times of India, Minogue took a trip down memory lane, recalling her first-ever collaboration with music master AR Rahman on her first-ever Indian track. "Working with AR Rahman was a real thrill. It was a rather different style for me and it kind of lived in its own world but what is surprising is how many people remember it and mention it to me. Maybe it's having a revival?" she recalled.

Minogue talked about her most recent project, ‘Disco: Guest List Edition’, in which she breathes new life into beloved tracks from the original album, which will be released in 2020.

Talking about the latest album, she said, " ‘The Guest List Edition’ was a chance to play, like the icing on the cake! Disco had been well received so this was a really fun opportunity to expand the album and to have these amazing collaborations. They were all recorded remotely but I have had the chance to perform with three of the artists, the only one remaining is Gloria Gaynor, so I can't wait for that."