The ML-130 microlight plane had taken off from the Hindon airbase in Ghaziabad and was reportedly participating in a drill for Air Force Day. 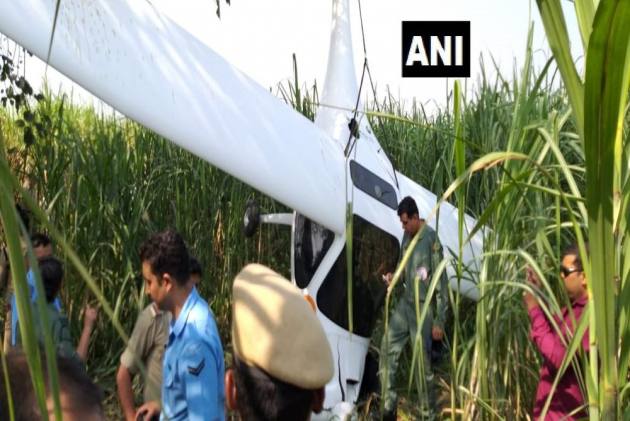 A two-seater Indian Air Force (IAF) plane crashed in a field in Uttar Pradesh's Bagpat district on Friday, police said. However, the two pilots were safe.

The ML-130 microlight plane had taken off from the Hindon airbase in Ghaziabad and was reportedly participating in a drill for Air Force Day.

An IAF plane has been forced land in Baghpat. The Pilot is safe. More details awaited. pic.twitter.com/jAPjhcyCJr

The incident at around 10 a.m., took place in the thickets of Ranchad in Binauli area.

At Least 40 Labourers Had Narrow Escape In Mumbai Plane Crash, Here's How

All Survive After Plane Crashes In Mexico

Rishirendra Kumar, the District Magistrate of Bagpat told media, that barring the nose of the aircraft there were no other damages.

"The plane nosedived and is hanging upside down in between the trees. IAF officials are on the spot along with me and they are doing the needful" he added.