Alyssa Healy’s husband Mitchell Starc, who watched the ICC Women's T20 World Cup final from the stands, had dominated on the same stage at the 2015 50-over World Cup final against New Zealand 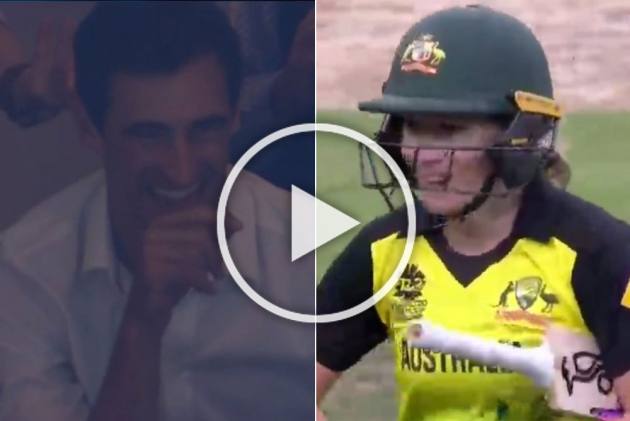 In the process, Healy created the record for scoring the fastest fifty in the history of ICC event finals across formats (both men and women). Healy brought up her half-century off just 30 balls.

India's Hardik Pandya held the record as he had scored 50 off just 32 balls in the ICC Champions Trophy finals against Pakistan in 2017.

Alyssa Healy's exploded out of her form slump with an innings for the ages in the World Cup Final against India. https://t.co/VZ3A1cpmr5 @BenDavis74 #7Cricket #7NEWS pic.twitter.com/XUmxd4aNJu

Not Quinton de cock but Mitch starc is the happiest man of the earth.. ðÂÂÂÂÂÂÂÂÂÂÂÂðÂÂÂÂÂÂÂÂÂÂÂÂ want a 100 from Alyssa Healy today.. pic.twitter.com/0bNPx7k5af

@AusWomenCricket What an innings by Healy incredible it was a privilege to witness her magnificent 75 Aussies in the box seat now #CmonAussie #T20WorldCupFinal #INDvsAUS pic.twitter.com/mxPNIlU0Z1

Healy was finally sent back to the pavilion by Radha Yadav in the 12th over of the innings.

Healy’s husband Starc, who watched the proceedings from the stands, dominated on the same stage at the 2015 50-over World Cup final against New Zealand.

Healy’s husband Starc, who watched the proceedings from the stands, dominated on the same stage at the 2015 50-over World Cup final against New Zealand.