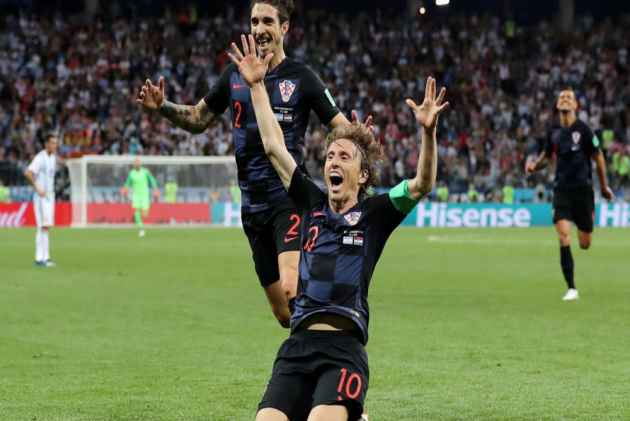 Ivan Perisic's last-minute goal on Tuesday ensured Croatia's position to the top of Group D of the ongoing FIFA World Cup with maximum points as they knocked out a resilient Iceland with a 2-1 win in Rostov-on-Don.

After a dry first half, Milan Badelj gave a lead to Croatia in the 53rd minute.

Sverrir Ingason rattled the bar with a header in response for Iceland, but the only way they could beat Croatia goalkeeper Lovre Kalinic on his superb World Cup bow came from the spot.

But Iceland's fighting spirit ultimately proved for nothing as Perisic securing a third successive win for Croatia in the 90thminute.

Croatia have finished the group stage with nine points, having won all their three matches.

Meanwhile, Iceland finished at the bottom of the group with one point despite starting off with a lot of promise when they held formidable Argentina 1-1 in their opening match.

Croatia will be joined in the last 16 by Argentina following their dramatic 2-1 win over Nigeria.

Croatia will now meet Denmark in the knockout stage in Nizhny Novgorod on Sunday.