'If Anybody Has Any objection, He Should Say Immediately': When Virat Kohli Asked Players On Chasing Target In Adelaide

India could not chase down the fourth innings target of 364 as they were all out for 315 to lose the first Test by 48 runs. 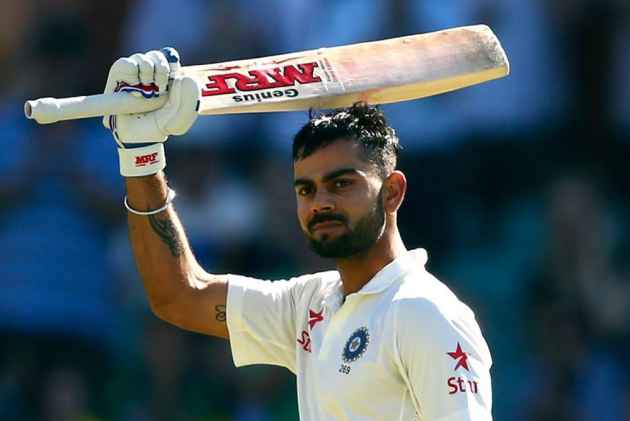 India captain Virat Kohli on Thursday described his 141 against Australia in Adelaide in the 2014 tour as his best Test century, saying that the confidence the team got in that match under his captaincy laid the foundation of the current status as a top side in the world.

India could not chase down the fourth innings target of 364 as they were all out for 315 to lose the first Test by 48 runs.

"I think from the transition point of view, the hundred in the second innings at the Adelaide Test (in December 2014) where we almost won the match was something special to me. I will always remember that match," said Kohli after he received the 'Popular Choice Special Achievement Award' by CNN-News18 Indian of the Year 2017 Award.

"Instinctively from my heart, it came to me that I should speak to the team. I had a chat with the players at the team bus after fourth day's play and Australia had not declared their innings. I told them whatever target they give us tomorrow, we will go for it," he said.

Kohli, who captained the side in the absence of an injured Mahendra Singh Dhoni, said he asked the players if anybody has any objection or hesitation, he should say immediately.

"Nobody objected and then I told them to go to their rooms with the thought that we are going for the target tomorrow," said 29-year-old who has scored 19 hundreds from 62 Tests.

"We came out (on the fifth day) thinking that we can do it (win). I was convinced that we can win the match. Not crossing the line hurt us but what we did as a team has given us a lot of belief that we can compete with any team in the world and beat anyone anywhere. We carried forward that attitude and now we are here," said Kohli.

Coach Ravi Shastri spoke about India's upcoming tour to South Africa and said that key to success there would be the team's consistency.

"South Africa tour will be an opportunity to prove ourselves. The key to success abroad is consistency. And this team has it in them to win abroad. I don't see any reason why these boys can't perform," Shastri said at the function.

Former captain Kapil Dev, who was also present on the occasion, said that the current Indian team can beat any side.

"I think the team has reached a level where they can beat anyone. Be it South Africa..Or Australia, I think we have a captain who understands how the team functions," Kapil said.

"The only problem that the team is going to face is that whom they are going to pick in the playing XI, as we have a very strong bench," said the 58-year-old former all-rounder and 1983 World Cup-winning captain.

Indian women's cricket captain Mithali Raj, who also received a special award on behalf of her team, said the runners-up finish at the World World Cup earlier this year had changed the perception of fans towards women's cricket.

"It feels great that all of them are getting their due, and that people are finally recognising them," the 34-year-old said.

"I've come so far playing cricket in an era where it was not really appreciated, but the World Cup final had changed that perception though not winning it hurt us.

"There are so many people who inspire me every day, not one person. But if I do have to name someone, it's got to be Virat Kohli, for bringing the focus on fitness. Be it the men or women, everyone wants to be the best in international cricket," Raj added.