If Ayodhya Dispute Was To Be Solved By A Court, Then Why Was There An Agitation In 1992: VHP's Pravin Togadia

He also said that Prime Minister Narendra Modi had time to meet Pakistan's prime minister, but does not have "the courtesy to meet your childhood friend (Togadia)" . 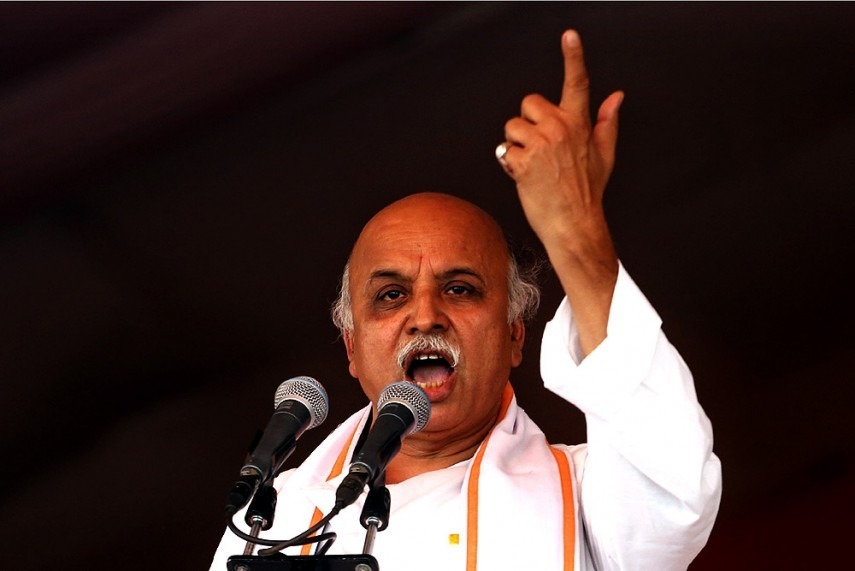 Vishwa Hindu Parishad (VHP) chief Pravin Togadia today slammed the BJP-led government at the Centre for not enacting a law to build the Ram temple at the disputed site in Ayodhya.

He also said that Prime Minister Narendra Modi had time to meet Pakistan's prime minister, but does not have "the courtesy to meet your childhood friend (Togadia)" .

If the Ram Janmabhoomi-Babri Masjid dispute was to be resolved through a court, then why there was an agitation in 1992 and why many people sacrificed their lives, he asked during a press conference here.

The Ayodhya case is currently being heard by the Supreme Court.

The agitation was launched to create a public opinion in favour of the Ram temple so that a pro-temple government would come to power and enact a law for its construction, he said.

Only a temple can come up on the disputed land and the surrounding 66-acre area, he said.

The BJP had promised to pass a law in Parliament for the construction of the Ram temple during its Palampur national executive meeting in 1987, he said.

But no law has been passed even in the last four years, and Prime Minister Modi is silent on the issue, he said.

"Just a week ago I wrote a letter to the PM, saying you can meet (then) Pakistan prime minister Nawaz Sharif but you don't have the courtesy to meet your childhood friend (Togadia) and discuss issues of national interest," he said.