Where do the saris and shoes seized from Jayalalithaa, enough to stock up a garment or footwear shop, go after a court verdict due in June 2017? 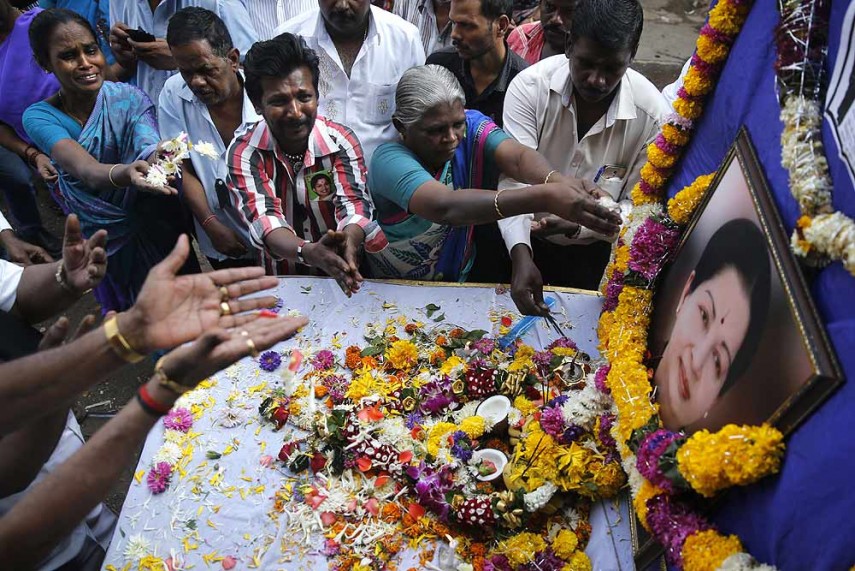 Where do the saris and shoes seized from Jayalalithaa, enough to stock up a garment or footwear shop, go after a court verdict due in June 2017?

The directorate of vigilance and anti-corruption wing of Tamil Nadu police seized 1165 kg of silver, 23 kg of gold, 750 pairs of shoes, 10,500 sarees, 91 watches and other items numbering up to 469 in a material objects list during a raid at Jayalalithaa’s Poes Garden residence in 1997.

Of the seized assets, saris, shoes and wine glasses are kept under high security on the first floor of the Bangalore City Civil Court.

Senior leaders of AIADMK are hoping that her assets will be released soon so that they can be displayed in a museum in her memory, reports Times Of India..

"If the court finds the accused guilty, the seized wealth will be confiscated and handed over to the Tamil Nadu government. If they are acquitted, it will be given to the rightful claimant from Tamil Nadu," said A S Ponnanna, additional advocate general of Karnataka.

The Supreme Court in 2003 transferred two disproportionate assets cases against her from a Chennai court to Bangalore fearing that fair trial won’t be possible in Tamil Nadu.

Jayalalithaa was convicted of keeping unaccounted wealth and imprisoned in the year 2014 by a special court, the decision was however, later overturned by the Karnataka High Court in 2015.

"Since there is more than one accused in the case, the trial will continue," said BV Acharya, special public prosecutor for Karnataka.