'Modi ji has brought black farm laws, which are a threat to the food power of the country.' said Priyanka Gandhi Vadra 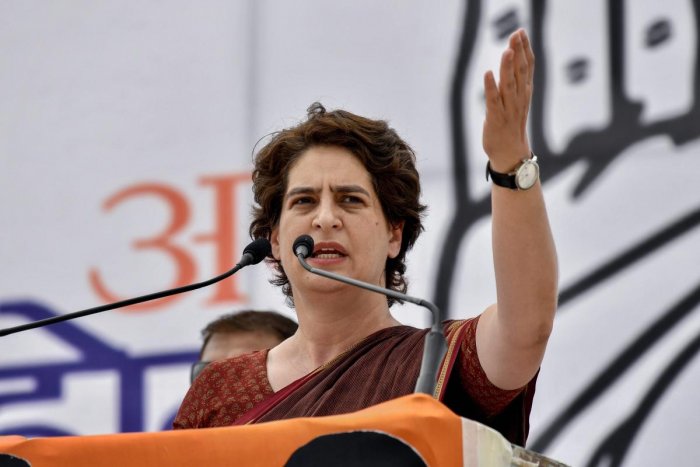 Congress leader Priyanka Gandhi Vadra on Thursday said  that in order to ensure proper maintenance of food security across the country, it was imperative to revoke the farm laws enacted by the Centre last year, as that only could restore the farmers' respect.

Ahead of an event at which Prime Minister Narendra Modi interacted with beneficiaries of a food security scheme in Uttar Pradesh, she also said in a tweet in Hindi that people thank the Prime Minister while actually it is  the farmers who take the onus of growing crops on themselves and do not allow food grains shortage even during the pandemic.

"Modi ji has brought black farm laws, which are a threat to the food power of the country. If the food security of the country is to be maintained, then the farmers' respect will have to be restored by repealing these agri laws," the Congress general secretary said.

Farmers, mainly from Punjab, Haryana and western Uttar Pradesh, have been camping at Delhi's borders since November last year in protest against the three laws. Out of them, a small group of 200 farmers are now staging a protest at Jantar Mantar in central Delhi after getting special permission.