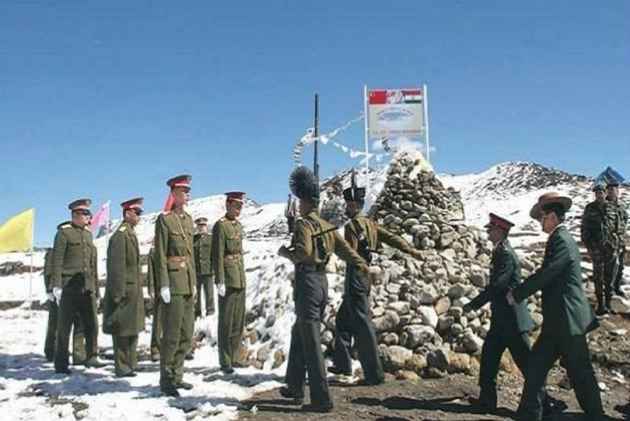 The current crisis between India and China in the Doklam area has entered its sixth week and there is lack of clarity in how this might end. It is not certain that China is any hurry to resolve the crisis unless of course India agrees to unconditional withdrawal of its military from the area.

The Doklam area, where the current crisis is taking place, is a trijunction between Tibet region of China, Bhutan and India. Much of the Sino-Indian border has been disputed but this part of the border is considered more or less settled, although there is no formal agreement. Neither China nor India disputes the border alignment in this sector. But the Sino-Indian border also meets the Sino-Bhutan border, and therein lies the rub.

China and Bhutan on the one hand, and China and India on the other, all sides have agreed that there will be no construction or any alteration to the status quo. China’s road construction has violated this commitment, and it is a clear attempt at changing the status quo.

How the present crisis will be sorted remains to be seen. India will not back off both because it is important for India’s own security interests and because it is also important for Bhutan, with which India has very close military and political ties.

If India backs off, it will send a bad signal to Bhutan and all the other small neighbours of India. Unlike in the past, when the Indian media has been accused of being too loud and aggressively nationalistic, this time, it has been quite mild in its coverage. And at the official level,

China’s behaviour is difficult to predict in the current crisis as well as in to the future. For instance, on the border issue, while China has refused to pay heed to the McMahon Line arguing that it is the result of an imperialistic aggression by Britain, here China traces its claim on Doklam to another British era treaty signed by Tibet and Britain in 1890. Selective application of historical treaties to legitimize Chinese claims over territory has reduced Beijing’s credibility in global and Asian affairs.

But it is also difficult to say how China will respond to India’s firm stand because it has painted itself into a corner with aggressive statements. Therefore, how they will back off now is not very clear.

Also, China’s domestic conditioning factors are important to understand the dynamics of the current crisis. The PLA just celebrated its 90th raising day on August 1st and the current stand-off has served to drum up the fighting spirit of the force.

A second domestic factor is the 19thParty Congress in the coming months, an important event for President Xi Jinping to legitimize and consolidate his central role in China’s rise. Any effort to resolve the crisis diplomatically will be perceived as a loss-of-face for Xi.

As for Bhutan, it has so far made only one statement on the current crisis, blaming China although it did not refer to India. Bhutan clearly does not want to antagonize China, but it is unlikely that Bhutan will want to back off without a mutually agreeable solution.

Whether this crisis on the border areas will turn into a full-fledged conflict has remained a question. It remains a possibility, either because of deliberate decision by China or through an inadvertent escalation, which is always a possibility when such military forces are in tense confrontations such as this.

Clearly, China seems to have dismissed any chance of opening a diplomatic front to talk down the crisis. China has painted itself to a corner with limited maneuverability with its high-pitch rhetoric. And the larger bilateral relationship itself will suffer, even if this is resolved peacefully.

It must also be mentioned that though the current crisis may pass without becoming a shooting war, it is clear that this is not going to be the last such confrontation. China is clearly rejecting the notion of a shared Asian strategic space. It sees its rise as a natural phenomena and the rise of other powers such as India as some kind of conspiracy against China. Though New Delhi is not in competition with Beijing, India will not allow the Asian strategic landscape to be led by a single hegemon such as China.

It is this competition for the Asian strategic space that is at the core of the problem between Beijing and New Delhi, and this is unlikely to go away. China has claimed its rise will be peaceful and harmonious with the rest of the region, and unfortunately there have been not too many people who were gullible enough to buy this.

The kind of salami tactics that China has undertaken in Doklam is what it has tried in all the contested territories. It also demonstrates that China will not stop with Doklam. India and China’s other neighbours need to consider this a lot more seriously than they have so far.

(The author is senior fellow and heads the Nuclear & Space Policy Initiative at the Observer Research Foundation, New Delhi. She served at India’s National Security Council Secretariat from 2003 to 2007. She tweets @raji143).