If Mayawati Can Sell The Idea That Parliament Muzzled The Voices Of Dalit, It Could Jumpstart Her Career Again 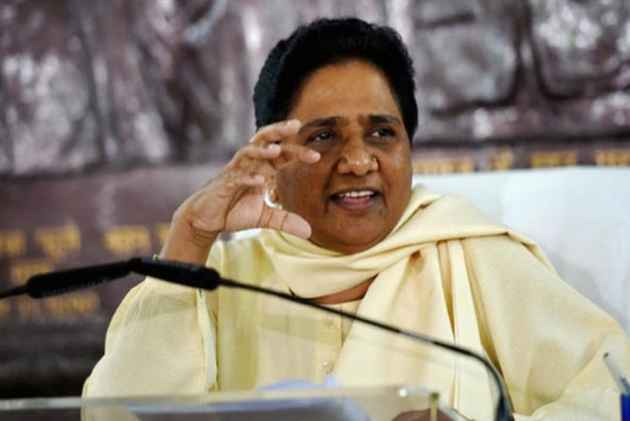 Politics is perception. And politics can be a symbol of grandstanding too. It is up to the politician to mould his or her brand of politics for his or her supporters. Take Bahujan Samajwadi Party chief, Mayawati’s resignation from Rajya Sabha for instance. She has two options, either she successfully uses it to mobilise support, or her resignation dies a quiet death in public memory.

The drama unfolded on Tuesday, as Mayawati staged a walkout from Rajya Sabha, when the Deputy Speaker did not allow her to speak on the cases of violence against Dalits in Uttar Pradesh, particularly in Saharanpur. She called it an orchestrated conspiracy against lower castes. Citing the suicide of Rohit Vemula and a few cases, she further stressed that cases of violence against Dalits have spiked in the entire country, since the NDA assumed power at the Centre. When the deputy speaker denied her extra time to speak, she walked out saying,“I will resign from Rajya Sabha today... I have no moral right to be in the House if I am not allowed to put across my views on atrocities being committed against Dalits.”

Mayawati had quite a few supporters in Sharad Yadav and Samajwadi Party’s Ramgopal Yadav, who requested the Deputy Speaker to let her continue but to no avail. While members of Congress and other opposition parties stood by Behenji as she walked out, Parliamentary Affairs Minister, Mukhtar Abbas Naqvi called it an after effect of her defeat in the Uttar Pradesh Assembly elections. Instead of following protocol as a Parliamentary Affair’s Minister , which called for Naqvi to help Mayawati put forth her remarks in the house, Naqvi was on the attacking end; provoking the deputy speaker saying that she was challenging him.

Tuesday’s development damages the very fabric of democracy. It indicates that from now on, any dissenting voice would be teased, laughed at and in the end suppressed.

This is a disturbing trend that we have seen grow over the past three years. In the last session of the Parliament, we heard Sharad Yadav say that Parliament was the probably the only place, where he had the right to freely express his views, but his voice never reached the masses.

This helplessness among Parliamentarians and legislators, seems to have grown post-liberalisation. If one had to trace their journey from a hopeful candidate to Parliamentarian, it goes something like this: They seldom stick to their election manifestos. They make a zillion promises to reach the Parliament, and when it comes to fulfilling those promises, they are given a zillion reasons, excuses and technicalities as to why those promises cannot be fulfilled. The frustration grows. And finally when their core vote bank is hurt, then however helpless they might be in the Parliament, they try and take up the cause and put their views ‘on therecord’ in the Parliament. Sharad Yadav is probably the only exception, who is able to express himself despite this ‘helplessness’. The only grudge he has is that his voice never reaches the common man.

Mayawati has been one of the strongest faces in UP politics. But her party has been on the receiving end since the Lok Sabha elections in 2014, which did not fetch her any seats in the Parliament. And more recently, her seat base shrunk to a mere 18 in the UP legislative elections. First the BJP gobbled up her seats, and rendered her seatless and now if the party renders her voiceless, then BSP would be left devastated. The decision to resign wasn't just an opportunity for Mayawati to score among her vote bank, but this was the most ethical thing to do.

A seasoned politician like Mayawati realises her mistakes. And now in a correction mode, Mayawati is trying her best to raise wider issues and reclaim her space. ‘The Parliament does not allow people from backward classes to raise issues pertaining to their communities’: If Mayawati is successfully able to sell this idea to the masses then her resignation can prove to be a turning-point for Indian politics. Otherwise her resignation will forever remain a publicity stunt. And that will prove to be detrimental for Dalits and other backward castes.

Dr Ambedkar’s prophecy could not be more accurate. Seventy years of Independence and apart from politics, the Dalits, Aadivasis and other backward communities (mind you, I am not talking about the minority class, they haven't even been able to get representation in politics) still struggle to find a place in various institutions, such as schools, offices, judiciary, colleges or universities.

This political representation in the democracy is the only silver lining for these communities. Their issues get a platform through this political representation and that is what gives them some hope. But not letting Mayawati raise their issues can eventually break their faith in the system. And if that happens, India will be pushed towards a civil war and no one will be able to contain it. That’s because politics is a belief system.

This is the most challenging phase in Mayawati’s political career. She will either shine or fade off quietly. Indeed, there will be new forces ready to fight her unfinished battle, but they will surely not be Behenji!