If Not Now, Then When?

Today Israel chose to direct its deadly assault not only at Palestinians under occupation but at the international community itself. Will our leaders finally be moved to act? 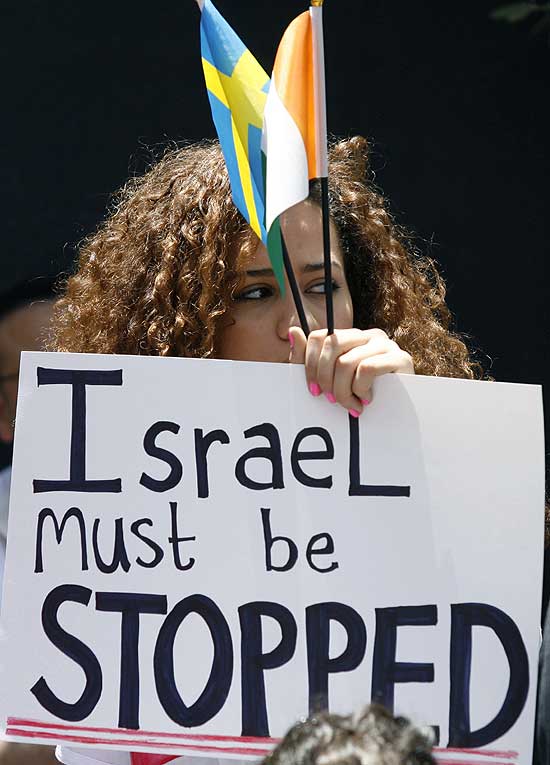 It is quite astounding that Israel has been able to create over the past 12 hours a news blackout, just as it did with its attack on Gaza 18 months ago, into which our main media organisations have willingly allowed Israeli spokespeople to step in unchallenged.

How many civilians were killed in Israel’s dawn attack on the Gaza-bound flotilla of aid? We still don’t know. How many wounded? Your guess is as good as mine. Were the aid activists armed with guns? Yes, says Israel. Were they in cahoots with al-Qaeda and Hamas? Certainly, says Israel. Did the soldiers act reasonably? Of course, they faced a lynch, says Israel.

If we needed any evidence of the degree to which Western TV journalists are simply stenographers to power, the BBC, CNN and others are amply proving it. Mark Regev, Israel’s propagandist-in-chief, has the airwaves largely to himself.

The passengers on the ships, meanwhile, have been kidnapped by Israel and are unable to provide an alternative version of events. We can guess they will remain in enforced silence until Israel is sure it has set the news agenda.

So before we get swamped by Israeli hasbara let’s reiterate a few simple facts:

Today Israel chose to direct its deadly assault not only at Palestinians under occupation but at the international community itself.

Will our leaders finally be moved to act?

Jonathan Cook is a writer and journalist based in Nazareth, Israel. His latest books are Israel and the Clash of Civilisations: Iraq, Iran and the Plan to Remake the Middle East (Pluto Press) and Disappearing Palestine: Israel's Experiments in Human Despair (Zed Books)