'If Telecos Neglect Voice, We Will Take Action' 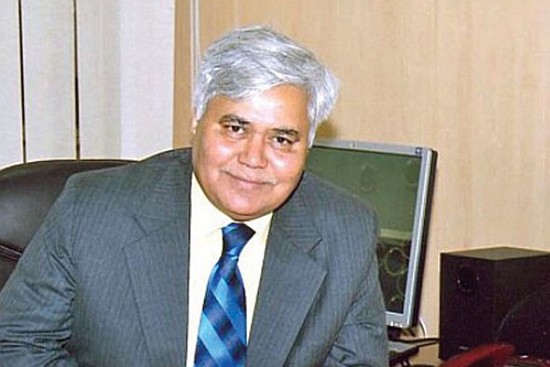 Telecom regulator TRAI chairman Ram Sewak Sharma is the man in the hot seat. Considered close to Prime Minister Narendra Modi, Sewak has been entrusted to sort out the call drop issue which has upset telecos and tackle potential landmines like net neutrality. Excerpts from a wide-ranging interview with Arindam Mukherjee:

It is not correct. We have said that the system is quite enforceable. We are addressing only a subset of the call drops. Only those calls that get dropped by the inability of the originator operator will be liable for compensation. We are not talking of a very complicated situation here. It is technically eminently feasible to be implemented.

Will your compensation proposal solve the issue?

It is not a remedy. The basic natural principle that if a customer has signed up with a service provider, should he be compensated if there is a deficiency in service? We are trying to fulfill that principle. I am not making any prognosis that this will control call drops. It will provide a notional and partial compensation to the customer and work as a disincentive for service providers and put a responsibility on them. We will review the situation after six months.

Operators are saying call drops is because towers are being taken away?

To put all the blame on towers being removed because they are hazardous to human health is not correct. The number of towers that have been taken off on radiation issue is not very significant.

Has the situation improved in the last few months?

We conducted road tests in June and September and did not find any substantial improvement in the service quality.

Is the Per Second billing a solution?

It is not a solution but will put consumers in a safe spot. In fact, TRAI has mandated that each operator should have at least one plan on per second billing.

No, it will not, but it will remove the perception that telcos are benefiting from call drops.

When will TRAI take a final call on the Net Neutrality issue?

As you know, we have to take that OTT paper and the government’s paper and come up with our view. This will happen in a couple of months.

Facebook asserts that its Internet.org is not against net neutrality, but experts do not seem to agree.

Universal access to the Internet is a laudable objective. However, Facebook’s or other similar schemes have not been yet examined by the Authority. Therefore, at the present juncture, it will not be possible to give any comments.

Have the telcos neglected 2G and 3G infrastructure looking at 4G?

4G technology provides a quantum improvement over the data speeds offered through 3G networks. Therefore it is in the consumer interest that the 4G services are being rolled out in India. However, if we find that the operators are neglecting the basic service like voice, we will take necessary action.

There was a TRAI proposal to ask telcos to disclose their network capacity.

We are working on this and will soon come up with a solution.

Has the spectrum cap issue been sorted out? Has the government/DoT accepted the TRAI recommendations?

We have not received any communication from the DoT on this issue.

How do you see Aadhaar in the telecom space and beyond it?

The Bharat Broadband has been in the works for a while but has not seen critical numbers yet.

BharatNet shall be a project of national importance to establish, by 2017, a highly scalable network infrastructure accessible on a non-discriminatory basis, to provide on demand affordable connectivity of 2Mbps to 20Mbps for all households. Some views have been expressed that present implementation strategy poses some hurdles in implementation. TRAI has released a consultation paper on this.

Broad-basing Internet access in India is one of the objectives of the Government. With broadband becoming the basic platform for provision of a number of services, universal access to the Internet is must to empower citizens. Digital India project is precisely aiming to do this. I cannot see how we can develop without giving broadband internet access to everyone in India, wherever located.