If You Wish To Quit BJP, I Will Speak To Congress To Give You A Deserving Post: Hardik Patel Tells Gujarat Deputy CM

Hardik Patel said a "veteran politician" like Nitin Patel, was being "sidelined" and "not being given respect" by the BJP "despite working hard for 27 years". 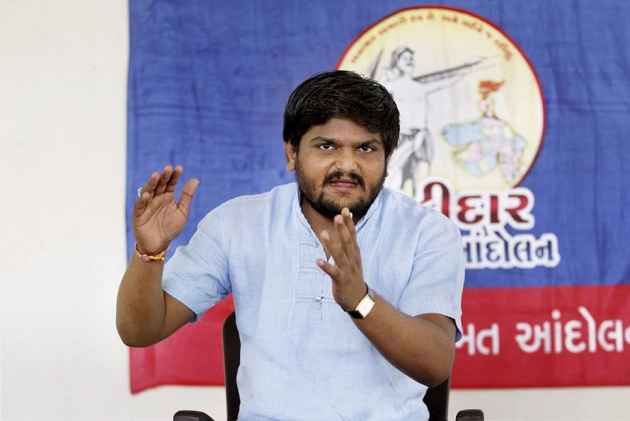 With Gujarat Deputy Chief Minister Nitin Patel reportedly expressing displeasure over the departments allotted to him, firebrand Patidar leader- Hardik Patel urged him today to quit the BJP along with 10 party MLAs and join the Congress for a "deserving" position.

Hardik Patel said a "veteran politician" like Nitin Patel, was being "sidelined" and "not being given respect" by the BJP "despite working hard for 27 years".

The Patidar leader said if the deputy chief minister was ready to quit the BJP, then he would speak to the Congress to give the latter the post he deserved.

Days after being sworn into office, Nitin Patel is yet to take charge of the portfolios allotted to him, with a source in the BJP saying he had conveyed his displeasure to the party leadership over the departments given to him.

Talking to reporters, Hardik Patel said, "As a veteran politician, Nitinbhai (Patel) worked hard for 27 years to ensure that the (BJP) party stays in power. The community members need to understand that such politicians are being sidelined. I am not giving any suggestion, but asking him to ponder as to why he is not being given respect despite working so hard."

"I would request Nitinbhai to join us and together we will fight against the arrogant people (of BJP). We are trying to ensure that Gujarat witnesses good governance.

"If Nitinbhai makes up him mind and says he is ready to resign from the party and that 10 more MLAs are ready to tender their resignation, then we are ready to fully support him," he said.

"To ensure good governance in Gujarat, we will talk to the Congress to include Nitinbhai and give him the post he deserves," he said.

Hardik Patel also said he had messaged the deputy chief minister yesterday that he (Hardik) was with him.

"I messaged him yesterday saying I am with him and let me know if he needs me. If he says he wants to leave the BJP, then we are with you, and will stay with you in all situations," he said.

"I would request Nitinbhai to only say for the benefit of the community that it should get reservation. We will work together for the betterment of the state," he added.

In the previous government, Nitin Patel used to handle key portfolios like finance and urban development. This time, he has been given the charge of departments like road and building, and health. He has also been alotted medical education, Narmada, Kalpsar and capital project.

A source in the BJP said Nitin Patel had conveyed his displeasure to the party leadership over the departments allotted to him.

The opposition Congress, which had won 61 seats in 2012, managed to increase its tally to 77. The strength of the Congress and its allies in the new House is 80.