Outside Mr Modi's rather sycophantic, predominantly Gujarati fan club, the rest of us might wonder what use he has for us if we do not give him our cash. 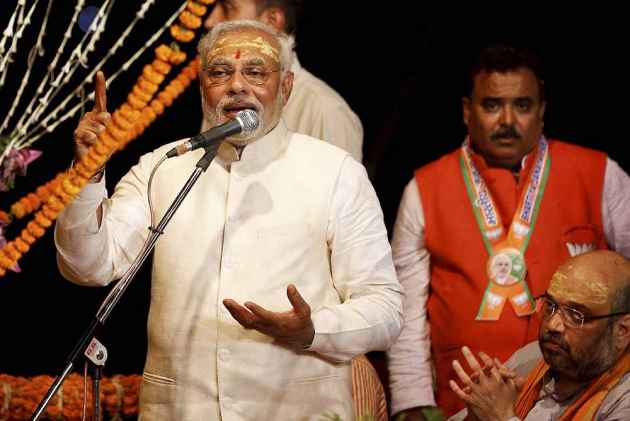 My friend Ramesh and I have a running joke that we will one day write a travel book called The Coconut’s Guide to India (©)—an instructive, descriptive work for our brothers and sisters born throughout the diaspora making their first trip to the motherland, and all the dastardly pitfalls it might entail. To be taken with a pinch of salt, and a dash of garam masala, naturally.

The title may need some tweaking, coconut is after all a rather offensive term: brown on the outside, white on the inside, and as frequent visitors to our homeland who speak the lingo and know the customs, we thankfully don’t qualify; but we’ve always felt our fellow British Asians who cannot or will not make a trip to their ancestral country are missing out. Not just due to its beauty, history or notions of connecting with one’s identity, but also because of the welcome extended to those that hold the status of NRI.

The generation that emigrated in the post-empire rush in the 1950s and 60s were predominately born in India, so had the natural affinity that comes from being an expat rather than an outsider—but for their children born in the UK or US, Germany or Australia, the relationship with the des (homeland) has always been more complex.

At first we were novelties, familiar looks yet bemusing accents, unseasonable clothing and odd music. As an infant I remember the children in my grandad’s village used to come and stare at me when word got round we were visiting, as they wanted to see the boy who was born in England—and I could see the disappointment in their eyes that I looked just like them. We were both foreign and domestic, it was an exciting and confusing time. It led to some books and films and stuff.

But now I fear that Modi’s crude mix of jingoism and capitalism will damage relations with India’s satellite communities, or certainly create schisms within it. Outside his rather sycophantic, predominantly Gujarati fan club, the rest of us might wonder what use he has for us if we do not give him our cash.

Will this now lead to the Indian diaspora becoming a Modi diaspora? One where rightwing Hindu ideology is extolled and secular tolerance becomes a shibboleth for us NRIs? Entry allowed only if you believe Indian Muslims shouldn’t get the vote? Or there should be a new temple at Ayodhya? Even if you don’t say it, perhaps you should think it—otherwise, on your rickshaw pal; if you’re not with us, well then … you’re not really Indian. Resident or not.

After all, two-score and more years of the NRIs—which has come to mean us born abroad as well as those who emigrated—turning up has already meant familiarity, adaptability and, in more recent times, a little bit of hostility. NRIs pay tourist rates at the Taj Mahal, prices will jump at restaurants, people end up in arguments that usually begin with: “You NRIs, you think you own the place.”  In effect, we are losing our insider status; we are becoming just any old tourists. But now will we have to pledge allegiance to a divisive carpetbagger?

I am happy to pay more to see beautiful buildings and enjoy nice meals—I am after all a guest, albeit a regular one—but there is a discernible change in dynamics. The Indian middle class are becoming wealthier, and when I say wealthy, I mean dollar wealthy, and more robust. Indian business, well some of it, is booming. As are its sports.

And it is this nexus of tradition and commerce that Modi knows only too well.

The money train of the Indian diaspora is especially pronounced among Gujaratis, and so many of them seem to love Modi, as rupees, pounds and dollars from around the world fund everything from schools to political campaigns. As chief minister of their home state, he is held up as a man who can do business, and do politics. He’ll make India great, goes the argument, and a great India certainly doesn’t kowtow to any NRIs. Especially ones who disagree,

Modi and his goons—both within and without the mother country—want a mythical India that celebrates Hinduism at the cost of other religions, rides rough over its neighbours and looks purely inward. This is not the India I know and love. A more confident India is to be welcomed, but a global India is even better.