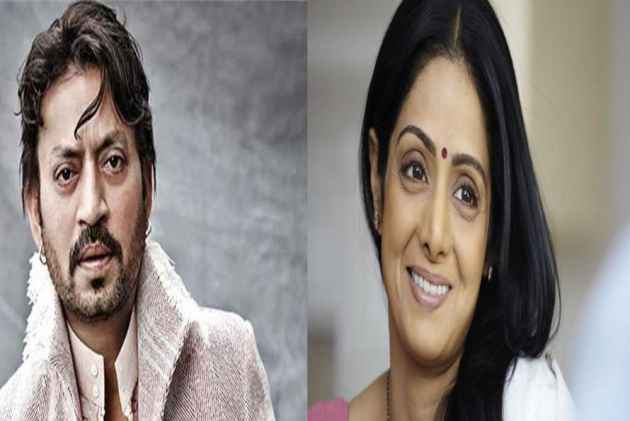 Vidya Balan-starrer "Tumhari Sulu", about a housewife who lands a job as a radio jockey, edged out films such as "Hindi Medium" and "Newton" to win the Best Picture Award at the Indian International Film Awards 2018 here.

Irrfan Khan, who is currently recuperating from Neuro Endocrine Tumour, was adjudged the Best Actor for his role of a father trying to get his child admitted in a posh English medium school in Delhi.

His "Haider" co-star Shraddha Kapoor accepted the award on his behalf.

He was nominated alongside Ranbir Kapoor for "Jagga Jasoos", Adil Hussain for "Mukti Bhawan", Rajkummar Rao for "Newton" and Akshay Kumar for "Toilet: Ek Prem Katha".

He received the award from veteran star Rekha and the visibly emotional actor dedicated it to his co-star Sridevi, who tragically passed away in February this year at the age of 54.

"Newton", which was India's official entry to Oscars this year, won the award for Best Story for director Masurkar. The award was presented to him by actor Dia Mirza and Raj Nayak.

The Best Music Direction Award went to the trinity of Amaal Mallik, Tanishk Bagchi and Akhil Sachdeva for their work on "Badrinath Ki Dulhania".

Tributes were also paid to the fallen legends of the film industry –- Sridevi, Vinod Khanna and Shashi Kapoor.

Anupam Kher, who has over 500 films to his credit, was honoured with the Outstanding Achievement Award at the ceremony. His frequent collaborator, Anil Kapoor, introduced the honour and shared an interesting story with the audience.

Kapoor said he had also auditioned for the same role in David O'Russell's "Silver Linings Playbook" but it ultimately went to Kher.