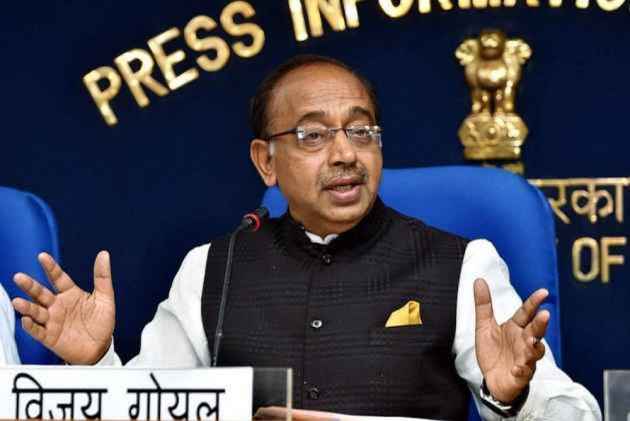 Seven opposition parties led by the Congress had yesterday initiated an unprecedented step to impeach Chief Justice of India (CJI) Dipak Misra, moving a notice accusing him of "misbehaviour" and "misuse" of authority.

Goel said the Congress was in a haste after the Supreme Court's judgment in the Justice Loya case, which was not as per its "wishes".

The opposition gave a notice under a provision of the Constitution, which only talks about removal of judges of the apex court and not impeachment, he claimed.

"According to media reports, the Congress has given a notice under Article 124 (4) (of the Constitution), but under this specific article there is only provision for removal of the Supreme Court judge and not for his impeachment. So, this is likely to be rejected,” the Minister of State for Parliamentary Affairs said.

He said the resolution for impeachment has to be passed by a majority of not less than two thirds of the total membership of both the Houses.

Taking on the opposition parties, Goel said the notice for impeachment of the CJI is "politically motivated" and to "lower the prestige" of the CJI's office.

"It is unfortunate and shameful that the Congress along with other political parties are attacking the judiciary without any substance and evidence," he said.

If things do not turn out in their favour, the opposition parties do not hesitate in attacking constitutional bodies such as the Election Commission and the judiciary, the minister said.

"The Congress and its friends have an undemocratic approach towards the system. When its leaders were losing elections, they started blaming the Election Commission and EVMs. But, when they won the elections, they didn't refer to it,” Goel said.

Similarly, the same trend is being seen in the case of courts. If the judgement is not in their favour, they start criticising the judiciary, he said.