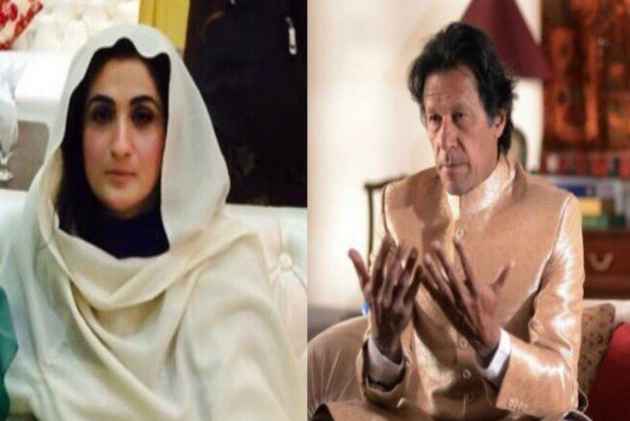 Bushra Maneka, the third wife of Pakistan Tehreek-e-Insaf chairman Imran Khan, has reportedly returned to her maternal home after a dispute with the politician.

A local leading newspaper Daily Ummat reports that the reason behind the feud between the newly married couple was over Bushra’s son overstaying his welcome at Bani Gala residence of PTI chief.

According to the report, the duo before marriage had agreed to the terms that no one from Maneka's family would stay for a longer period of time with the couple. But, Manka's son from her earlier husband was staying with the couple for a longer time, the reports add that this irked Imran Khan.

“Reham Khan, the second wife of PTI supremo, also had a skirmish with him after her son stayed at Imran Khan’s residence,” The Times of Islamabad reported quoting a local daily.

Imran, a cricketer turned politician, married Bushra Bibi (also known as Pinki Pir) in a simple ceremony held in Lahore on February 20, 2017. Maneka has five children from her first marriage.

Imran’s previous two marriages ended in divorce. His first marriage was with Jemima Goldsmith, daughter of a British billionaire, in 1995, which lasted nine years. Imran has two sons from her.

His second marriage with TV anchor Reham Khan in 2015 ended after a brief 10 months.