He said that all transgender persons in the state, unless they demand otherwise, would get all BPL benefits. 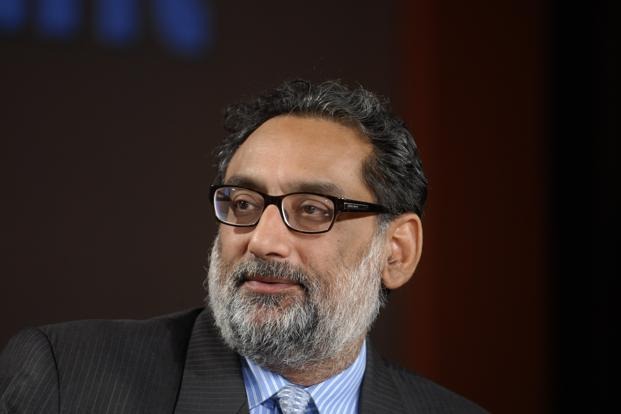 For the first time in the history of the state, Jammu and Kashmir Finance Minister Dr. Haseeb Drabu on Thursday announced welfare measures for the transgender people. The budget has treated transgenders as a separate category.

He said that all transgender persons in the state, unless they demand otherwise, would get all BPL benefits.

“This is a step towards promoting gender equity as well. Also, the Group Mediclaim Insurance Policy which, unlike in the past covered only gazetted employees, will now also be available to the Government employees including pensioners and accredited journalists. Given the fact that there are 4.5 lakh employees, and about 1.5 lakh pensioners, this insurance cover extends to about 30 lakh people,” he said and added that even the BPL families would be now covered under the insurance.

It also introduced a slew of new initiatives and capital infusion in Central Cooperative Banks in the state besides various amnesties.

"This is by far the highest capital spend in the economy of J&K," Finance Minister Haseeb Drabu said in the Legislative Assembly here today.

He proposed to raise about Rs 9,000 crore in the next financial year, Rs 331 crore higher than the last year.

Speaking at press conference, Drabu said: "It is balanced budget with aim of restructuring, cleaning up, protecting industries, welfare of employees serving in difficult conditions, addressing youth. It is generally a budget people call it election budget".

Compared to last year, he said, the state will finance an additional capital expenditure of Rs 3,282 crore with an additional borrowing of only Rs 331 crore. "The incremental borrowing to capex ratio is 1:10. This must be the best ratio anywhere in the country."

The state's own tax revenue is estimated to be more than Rs 11,000 crore.

"As a result, I am not leaving any funded gap in the budget this year", Drabu said.

He said that for 2018-19, the state government has decided to launch a Completion Plan for languishing bridges, schools and water supply schemes.

The Capital Receipts are estimated at Rs 16,044 crore with total expenditure at Rs 80,313 crore.

The Revenue Expenditure (RE) including Security Related Expenditure (SRE) is to touch Rs 51,185 crore and Capital Expenditure (CAPEX) accounts for Rs 29,128 crore of which Rs 5,500 crore for regular capex and Rs 10,423 crore under the Centrally Sponsored Scheme.

Drabu said Rs 8,300 crore is under Prime Ministers Development Programme (TAMEIR), while Rs 1,077 crore to be devolved to PRIs and ULBs under 14th FC grants.

The Finance Minister said that the Gross State Domestic Product (GSDP) at current prices is estimated to be Rs 1,57,384 crore, which would be equivalent to 14.9 per cent growth at current prices over the previous year.

The Tax revenue expected to grow by around 10.43 per cent over the current years RE, he added.

"Reforms have now set the stage for meaningful public policy interventions. I can see green shoots of fiscal order because of the systematic changes made so far.

Fiscal deficit previously estimated at around 9.5 per cent has actually turned out to be around 5.7 per cent", he said.

For government Employees, J&K government announced in the budget grant of 1 per cent Dearness Allowance due to the employees from 1st July 2017, and Committed to implement 7th Pay Commission Recommendations from April 1, 2018, which will be effective from 1st January, 2016.

The enhanced the Deposit Linked Insurance of GP Fund subscribers from Rs 10 lakh to Rs 50 lakh.

Similar Scheme shall be framed for the employees covered under NPS.

The Minister said that all the Government employees including pensioners, along with 5 family members, will be covered under improved and enhanced Group Mediclaim Insurance Policy.

Given the fact that there are 4.5 lakh employees, and about 1.5 lakh pensioners, this insurance cover extends to about 30 lakh people, he added.

The government has increased the Personal Accidental Insurance from Rs 5 lakh to Rs 10 lakhs and "Assured Career Progression Scheme" for all the Gazetted cadres of engineering departments, he added.

For businesses and industries and trader, the government will consider providing alternate incentive in lieu of CST to the industrial units in the State, he added.