In A First, Hurriyat Leaders Call For End Of ‘Bloodshed On All Sides In Valley’

They hailed Kashmiris for condemning the attack on the Amarnath yatris 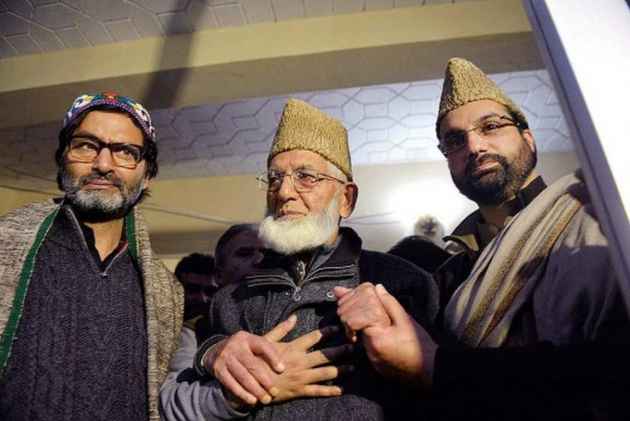 In a significant development, three top separatist leaders hailed Kashmiris for condemning killing of Amarnath yatris unequivocally. They also described that “bloodshed on all sides uncalled for.”

“All bloodshed on all sides is uncalled for, unfortunate and painful and should stop and that can happen only when the reality of Kashmir is accepted and ways and means of resolving the dispute addressed by the Indian State”, the leaders said in a rare statement, which seems to be asking for cessation of the violence from all sides provided the government agrees to resolve Kashmir.

The leaders, Syed Ali Geelani, Mirwaiz Umar Farooq and Mohammad Yasin Malik in a joint statement said, “people of Kashmir should be hailed for condemning killing of Amarnath yatris and rushing to provide aid and assistance to the injured in hospitals”.

“It is highly commendable that despite being subject to severe state brutalization and unprecedented repression for decades, and hatred promoted against them through Indian electronic media, the people of Kashmir have retained their humanitarian values and their belief in the great Kashmir ethos is intact”, the leaders, who since July 8 last year, are leading protests in the Valley, said.

They described the killing of yatris as ghastly act. “The protests over this ghastly act and the participation of all segments of society in the protests is heartening to see”, the leaders said.

The separatist leaders said the reaction of people should serve as an “eye opener to those who encourage polarization as a political tool and leave no stone unturned to demonize a people through media.”

About the killing of three militants in Budgam last night, the separatist leaders “it greatly pains us that our youth instead of pursuing a future for themselves are forced to take up arms to resist occupation and its consequent oppression upon the people of Kashmir.”

They alleged many young boys were being pushed to the wall by the security agencies as they being harassed through constant persecution. They alleged that FIRs are being registered against the youth and they are being arrested.