The first such plant—of 33,000 liters per annum capacity—is being set up at the Panipat refinery in upcountry Haryana 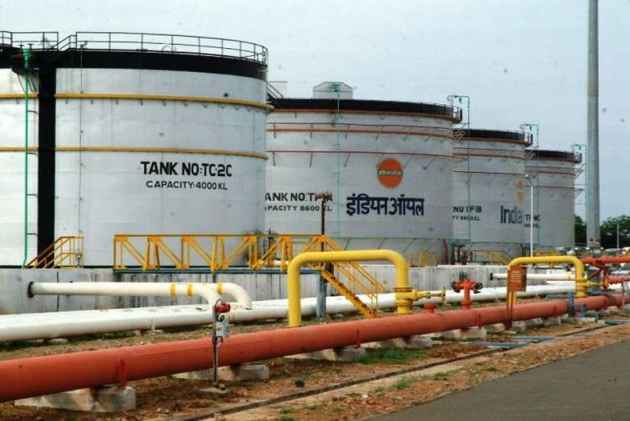 In a first-of-its-kind venture in the world, Indian Oil Corporation is planning to utilise off-gases (waste gas) from various processing units of its refineries for production of ethanol. The move will reduce the carbon footprint of the state-run company’s refineries, while helping to gainfully use waste gas produced for the production of ethanol for blending in petrol.

The first such plant—of 33,000 liters per annum capacity—is being set up at the Panipat refinery in upcountry Haryana, according to a top official. The estimated plan outlay is Rs 450 crore, which is much less than the current conventional 2G technology for similar capacities, states S.S.V. Ramakumar, director, IndianOil R&D Centre, in an interaction with Outlook.

“It should be ready for operation by the first quarter of 2020. It is a revolutionary project as far as technology is concerned. Nobody has so far converted refinery off-gas for production of ethanol,” he points out. “This project is part of our commitment to reduce our carbon footprint. We expect that ethanol production through this route will have approximately 55 per cent and 30 per cent lower well-to-wheel carbon footprints per mega joules of energy produced as compared to gasoline production and conventional 2G ethanol production processes respectively. If renewable power is used, then these benefits would be further pronounced.”

Recognising the innovative potential of this project, US Trade and Development Agency (USTDA)has approved a partial grant for its execution. IndianOil has also approached Oil Industry Development Board (OIDB), India, to part finance this project, given that it can be replicated at all the refineries in the country.

IndianOil is also working on a project that will convert CO2 into value-added products and Omega3 fatty acids, and can also be used as food supplements. Both these projects are based on bioprocesses and not chemical processes. “We are invoking biotechnology interventions wherein carbon dioxide will be directly converted into an intermediary molecule of carbon source which then be utilised to produce liquid fuels and Omega3 fatty acids from select algal strains,” says Ramakumar. “Thus this new process will be qualified as 3G biofuel technology. A 100-kg pilot plant to scale up this process has just been set-up at IndianOil R&D Centre.”

In a bid to reduce import dependence through blending of bio-fuels with gasoline, the ministry of petroleum and natural gas has so far been pushing from ethanol from sugarcane molasses. But now it has assigned all the three state oil marketing companies to set up 12 ethanol plants of 2G technology to convert all kinds of agriculture waste or residues for production of ethanol or biofuel. In line with its commitment, IndianOil is planning to set up three plants: one in Panipat, second in Mathura and a third somewhere in the western region.

Similarly, HPCL and BPCL have been given the task of setting up three ethanol plants each. All these plants are expected to be ready in the next three years. The physico-chemical characteristics of ethanol makes it a natural blending component for gasoline, says Ramakumar, adding that as ethanol diesel blends are not being opted as they are generally not stable.

The third-generation bio-fuels are algal-based, which would be produced by growing oil (lipid) bearing algae (a type of plant variety) by utilizing various waste/industrial flue gases.

To reduce the time taken for the ethanol fermentation process and also cut the operational expenditure through optimised enzyme consumption, IndianOil R&D is developing its own 2G processes for converting agriculture residues like rice straw, wheat straw and cotton straw for production of ethanol. “We have succeeded in developing our indigenous enzyme technology for 2G ethanol processes, which is today a monopoly item in the world with only one supplier,” informs Ramakumar. “As the supplies to the second generation plants come with an opportunity cost of 30 to 40 per cent of this monopoly ingredient, we have developed our own indigenous enzyme which will actually bring down the market costs and opex of 2G ethanol plants. We have already scaled up the enzyme and are planning to take up commercial production.”

A demo plant based on IndianOil’s in-house 2G technology and enzyme will be set up by end-2019.