In India, Our Larger Problem Is Not So Much Fake News But Lack Of Interest In Real News

Fake news can get you killed in India. However we should accept that even in the total absence of fake news our problems would remain. 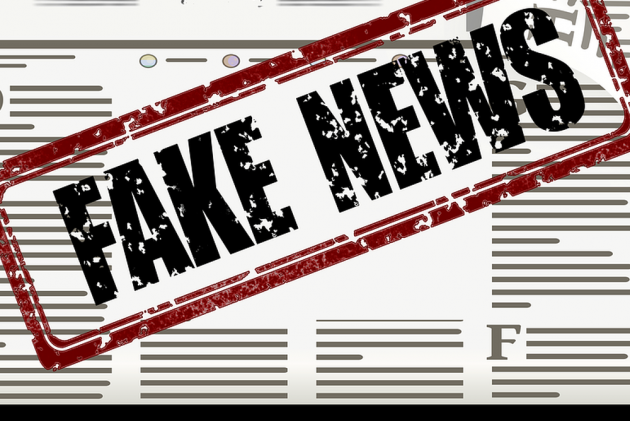 I am writing this from Kolkata, where I am speaking at the literature festival. In the last 10 years, many such events have sprung up across India and we have more litfests (as they are called) than any other country. I find this remarkable because as a culture generally we may be drawn to writing and literature but the writer has not much influence on Indian society.
There is no chance that someone like Vaclav Havel, a writer who became the first president of the Czech Republic, could emerge in India. Writers, like teachers, are respected but not emulated in our parts. So why do we have so many literature festivals, to each of which tens of thousands of people, many of them young, throng? My observation is that such a gathering offers the space to discuss things that cannot be discussed elsewhere, especially in public.
This is one reason why many of the biggest events at such litfests have nothing to do with books or authors but about current events and the changing nature of society. One panel I was in this week was about fake news. This phenomenon can be described in two different ways. One is the way the US president Donald Trump understands it. His reference is to mainstream media, like The New York Times, The Washington Post and CNN.
The rest of the world, especially global journalists, might find these newspapers and channels admirable and authoritative, but for Trump what they produce is 'fake news' because they often report material critical of him. The other way of describing fake news is material that is mischievously introduced, mainly through social media, though it is patently false and made up.
An example of this is a photograph showing a violent event in one part of the world and representing it as being from another part. Or it could be a set of 'facts' that purport to explain a situation or profile an individual, but these are not facts at all and are totally made up. All of us receive such material as WhatsApp forwards and so on and I don’t want to delve into this further.
The panel I was on also included a man called Pratik Sinha, from Ahmedabad. Sinha runs a website called altnews.in, where he looks at such material being spread maliciously and either authenticates it or shows that it is false. It does very good work, particularly in exposing fake news that is meant to polarise Indians through unconfirmed and wild reports. One such fake news report about child kidnappers in Jharkhand led to the lynching of seven people in May last year.
Sinha offered some interesting numbers, such as the fact that data consumption in India had gone up more than five times in only a couple of years. This showed that many people had moved to smart phones and so such WhatsApp forwards were becoming even more widespread with time.
As media becomes more and more fragmented, meaning as more independent and small organisations and individuals become publishers, it is vital that Indians also have access to more such authentication sources. However I wonder if our larger problem is not so much fake news but our lack of interest in real news.
For example, we spend 10 times as much on defence as we do on health (about Rs 4 lakh crore versus about Rs 40,000 crore). This is not a recent development: we have always spent far too much on buying new tanks and planes and ships than we have on hospitals, doctors and medicines. All governments have done this and no party opposes it.
This year, 2018, will mark 60 years since the armed forces have been deployed on internal security duties in the Northeast. Should we not ask why Indian citizens are being subjected to military rule for so long? And let us not mince words, any population that is forced to live under the Armed Forces Special Powers Act is under military rule. But again, this is not seen as something that interests either political parties or Indians who are not from the Northeast.
A third example, this one more recent. We have a ruling party that claims it stands for nationalism but is practising political apartheid. In states that the Bharatiya Janata Party is ruling, the number of its Muslim MLAs is: in Gujarat: zero, in Uttar Pradesh: zero, in Maharashtra: zero, in Madhya Pradesh: zero, in Chhattisgarh: zero, in Jharkhand: zero.
Elsewhere, it has done the same tokenism that it accuses other parties of.
This division of Indians by religion is happening in front of us but it is ignored and not discussed. It is not news. Why? It happens because the voices of dissent are not heard, and are raised only at gatherings like litfests.
For Trump and the west, the problem of fake news is not as important, meaning as consequential, as it is for us. Fake news can get you killed in India. However we should accept that even in the total absence of fake news our problems would remain.