In Just 6 Months, Swine Flu Deaths Double That Of Last Year In India 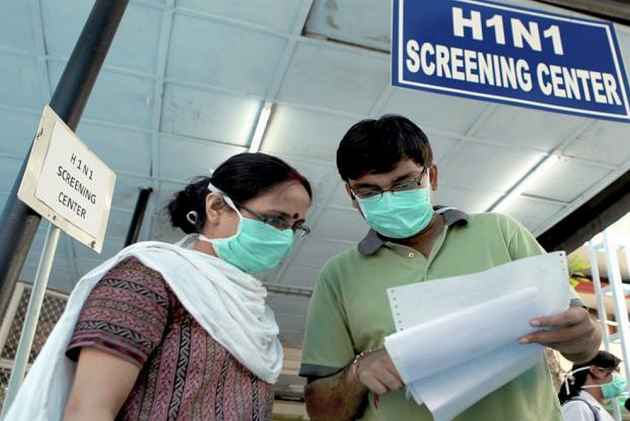 As many as 600 people have died in India till July 9 because of Influenza A (H1N1), popularly known as swine flu.
According to Hindustan Times, H1N1 affected 12,460 people and caused 600 deaths as against 1,786 infections and 265 deaths in the whole of last year.
About 40% of the deaths and 50% of the infections are among people in the 20-50 years age group, the newspaper reported.
Some experts said the jump in numbers could be attributed to two factors: antigenic drift and the spread of a different strain (sub-type of virus) of H1N1 virus. The National Institute of Virology, Pune, however, doesn’t believe in the mutation theory.
Dr Chand Wattal, honorary consultant in clinical microbiology at New Delhi’s Sir Ganga Ram Hospital, told HT that antigenic drift was not a major issue. If the virus mutates, they consider it a problem.
India witnessed worst outbreak of the Swine flu, renamed the influenza A(H1N1)pdm09 virus by the World Health Organistion (WHO), in the pandemic years of 2009-10 when the disease affected close to 50,000 people and killed more than 2,700 across the country.
On March 31, Union minister of state for health Anupriya Patel had said in a written reply in the Lok Sabha that 160 people died from swine flu January 1 to March 26, while 6,062 cases were registered.
States such as Rajasthan, Maharashtra and West Bengal saw trails of fresh H1N1 cases. Colder climate serves as a perfect environment for H1N1 virus to breed and transmit easily. It is, therefore, suggested to be extra cautious and exercise preventive measures to keep the disease at bay.
Maharashtra witnessed 2,324 cases and 284 deaths so far. The state tops the list in the country.
In April, Mumbai reported its first swine flu death — a 16-month-old from the impoverished Ambedkar Nagar in Worli. The next two casualties were also from the high-risk group: a pregnant woman and an elderly woman.
Dr Om Srivastava, an infectious diseases expert, told DNA that swine flu is no longer confined to the known high-risk group of diabetics, pregnant women, children and the elderly. “In many recent cases, the lungs are not affected at all, or are the last to be affected. The patient deteriorates quickly after that,” he said.
Symptoms and causes
Symptoms of swine flu are similar to those of regular influenza – fever, chills, sore throat, coughing, runny or stuffy nose, body aches, fatigue, diarrhea, nausea and vomiting.
Swine flu transmission usually occurs from person to person via saliva and mucus particles. People may spread the infection by sneezing, coughing, touching a germ-covered surface and then touching their eyes or nose, etc.
Prevention
The best way to prevent swine flu is to get a yearly flu vaccination, although no vaccine provides 100% protection.
(With PTI inputs)