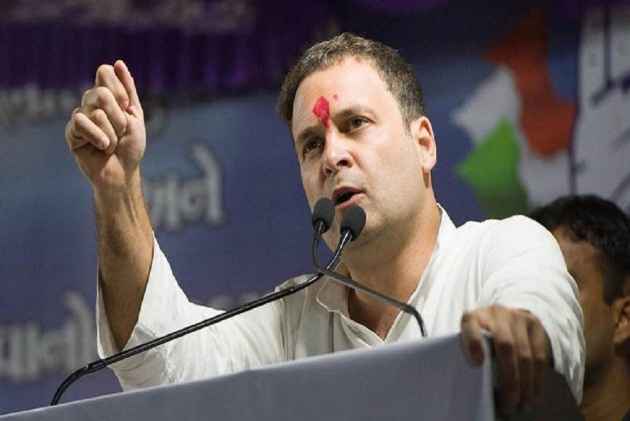 Congress President Rahul Gandhi on Tuesday took a dig at the ruling Bharatiya Janata Party (BJP), while saying that the latter waived off loans of the richest people, but declined to take any step for the farmers.

While addressing a gathering at Udupi in Karnataka, Rahul Gandhi said, " In last few years, BJP government waived off a 2.5 lakh crore loan of 15 richest people".

He further criticised Prime Minister Narendra Modi and Finance minister Arun Jaitley for not forming a policy to provide loan waivers to the farmers.

"When farmers talk of loan waiving, PM Modi and (the) Finance Minister say it isn't their policy", he added.

Earlier on March 17, a group of farmers, along with a farmer's body Kali Aai Mukti Sangram, staged a protest at Ahmednagar's Khandala village to reclaim their land, which they alleged was acquired by the absconder Nirav Modi at undervalued rates.

They claimed that Nirav Modi had acquired land of the farmers by conning them. He was given crores by the bank, but farmers are not given more than Rs 10,000.

Rahul Gandhi was on a visit to Udupi district in Karnataka, where he also visited the Narayan Guru Temple situated in the district.