The district collector also said a show cause notice was being served to the officer concerned to explain his action. 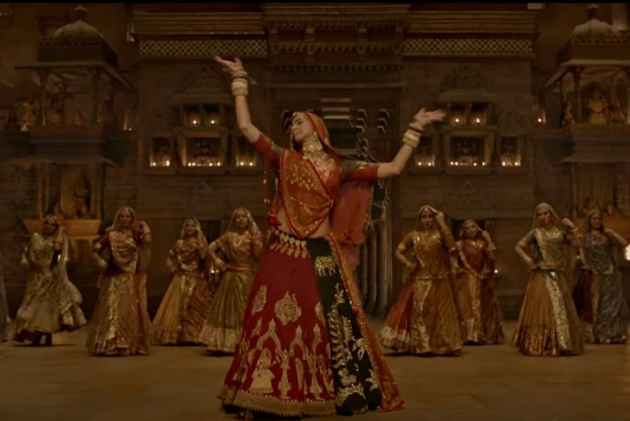 Amid the raging controversy over film Padmavati, an education officer in Madhya Pradesh's Dewas district has issued a circular banning a song from the period drama from being played at cultural programmes in schools.

However, the district collector today ordered for withdrawal of the circular with immediate effect and said a show cause notice was being served to the officer concerned to explain his action.

In the circular issued yesterday, Dewas district education officer (DEO) Rajiv Suryavanshi directed the principals and head masters of all government and private schools to stop using the film's song, titled 'Ghoomar', during cultural programmes in their respective institutions.

"Shri Rashtriya Rajput Karni Sena has submitted a request letter in the honour of Maa Padmavati. It was requested that Hindu sentiments should not be offended by playing 'Ghoomar' song in the cultural programmes being organised in schools. So, do not use 'Ghoomar' song in the cultural programmes in schools," reads the circular.

However, Dewas Collector Asheesh Singh said he has asked the education officer to withdraw the circular with immediate effect.

"I came to know about the circular this morning. Only the state government can issue such circulars. The DEO is not entitled to pass such an order. I have directed the DEO to immediately withdraw this order," Singh told PTI.

He said the DEO is also being served a show cause notice to explain his action, within three days.

The 'Ghoomar' song, featuring actor Deepika Padukone and Shahid Kapoor, was released by the makers of the film recently.

Madhya Pradesh Chief Minister Shivraj Singh Chouhan earlier opposed the screening of the film Padmavati and also instituted an award in the name of the Rajput queen.

Chouhan yesterday announced that the life saga of the queen would be made a part of the state school curriculum from next year so that students learn "correct history".

Padmavati, featuring Padukone, Kapoor and Ranveer Singh in the lead roles, has been facing the wrath of various Rajput groups and political leaders, who have accused filmmaker Sanjay Leela Bhansali of distorting history.

Historians are divided on whether Padmini actually existed. She finds mention in the 16th century epic poem Padmavat.

Earlier scheduled to arrive in cinema halls on December 1, the release date of the film has been postponed by the makers till further notice.